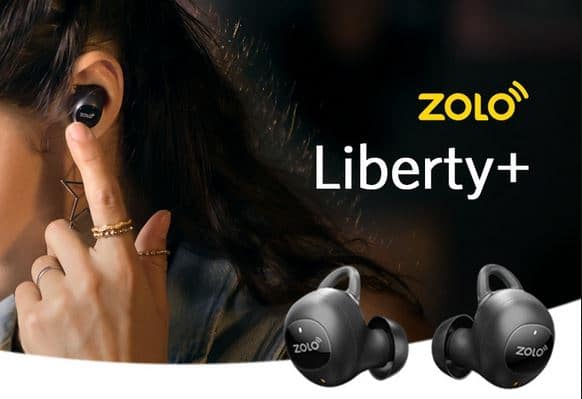 Anker’s Zolo Liberty+ hearable promises to solve the problems inherent in “traditional wireless earphones”, through enhanced technology to offer a “zero compromise” wireless headphone alternative. The hearable will be among the first devices to incorporate the new Bluetooth 5.0 protocol.

The company’s Kickstarter campaign, which began in June 2017, has vastly exceeded its fundraising goal of $50,000, totaling nearly $3 million by mid-August.

The Liberty+ is said to integrate the Bluetooth antenna with the earphone body itself, which offers a stronger connection and less chance of dropped signals. According to the company, using Bluetooth 5.0 means:

Liberty+’s rechargeable battery offer 3.5 hours of streaming time and its charging case offers up to 48 hours of charging capacity. The devices are hydrophopic and nanocoated for moisture protection.

Unique features of the Liberty+ include the incorporation of a larger LDS antenna for superior connection, as well as a graphene-coated driver, which the company claims offers “superior sound across the entire frequency spectrum; with a dramatic enhancement for treble and overall clarity”.

Early backers of the company’s Kickstarter campaign can get a set of the Liberty+ for $99/pair. The devices are expected to be available for retail sale in October 2017 for $149.