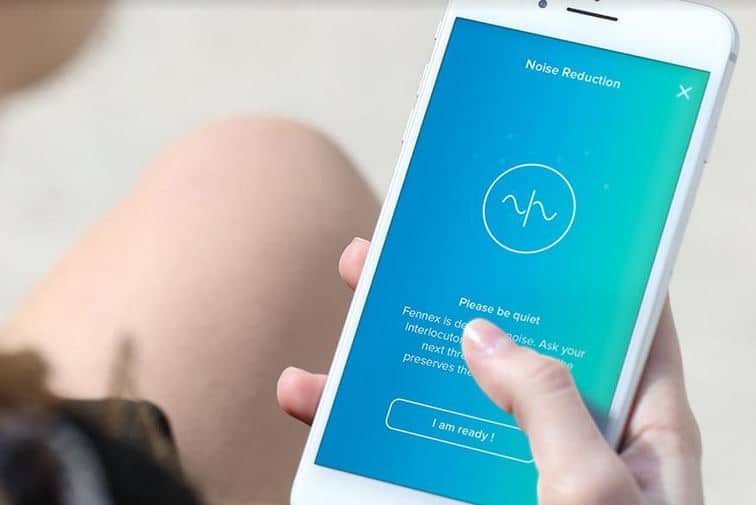 Swiss startup, Fennex AG, announced the release of Fennex 2.0–an updated version of their popular Augmented Hearing App. Fennex 2.0 includes new features, such as a simplified user interface and a feature that enables or disables the “hearing correct” function based on results of the hearing test. Overall the company says the update offers “greater personalization of the hearing experience”.

Since launching six months ago, the company reports they have reached 100,000 downloads. They attribute the success and popularity of the app to its compatibility with Apple AirPods.

“Exactly one year after the company launch, we have achieved two important milestones. Firstly, we completed a second version of Fennex with substantial usability and technical improvements in line with our users’ wishes. We are focusing our energy on the development of proprietary algorithms, for example, to reduce annoying background noise while preserving the quality of the speech. Secondly, we have reached 100,000 users of which 30,000 are active on the app monthly. An impressive 75% of those users are from North America.” –Alex Mari, Fennex Co-founder and CEO

One of the new features included in the updated app is “Background Noise Reduction”. According to the company, this feature works through an algorithm in the app designed to analyze surrounding sounds for three seconds to detect noise. Then, a feature referred to as “audio mask” is created in real-time that is designed to filter out those frequencies identified as noise.

According to the company, this new feature is “in line with the Fennex vision to improve peoples’ social experiences in tough listening situations.” Among the app’s existing features, include the following:

According to the company, the Fennex mobile app on track to secure one million users in the next few months through increased product optimization and offering expansion.

The Fennex app is now available in 13 languages and can be downloaded on iTunes.