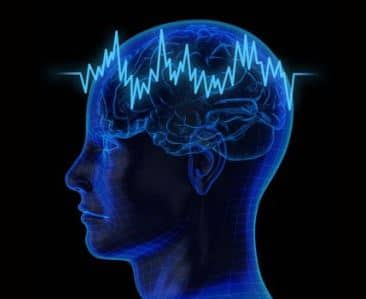 According to the results of a study presented at the annual meeting of the Radiological Society of North America (RSNA), neurofeedback training, using functional MRI (fMRI), has the potential to reduce the severity or even eliminate tinnitus.

Real-time fMRI neurofeedback is a technique that allows individuals to learn voluntary control over localized brain activity. Over the past several years, studies have demonstrated therapeutic effects of neurofeedback training in patients with chronic pain, Parkinson’s disease, and depression.

“The idea is that in people with tinnitus there is an over-attention drawn to the auditory cortex, making it more active than in a healthy person. Our hope is that tinnitus sufferers could use neurofeedback to divert attention away from their tinnitus and possibly make it go away.” –Matthew S. Sherwood, PhD

A total of 18 healthy volunteers with normal hearing underwent five fMRI-neurofeedback training sessions as part of the study. Participants in the study wore earplugs that introduced white noise for various periods of time, and also blocked out noise from the MRI scanner.

According to Dr. Sherwood, “We started with alternating periods of sound and no sound in order to create a map of the brain and find areas that produced the highest activity during the sound phase”.

During the training phase inside the MRI scanner, study participatnts received white noise through their earplugs and were able to view the activity in their primary auditory cortex as a bar displayed on a screen. Each fMRI-neurofeedback training run contained eight blocks separated into a 30-second “relax” period followed by a 30-second “lower” period.

Participants were instructed to watch the bar on the screen during the relax period and then actively attempt to lower it by decreasing primary auditory cortex activity during the lower phase. Researchers provided the participants with techniques to do this, including the diversion of their attention from sound to their other senses, like touch and sight.

“Many focused on breathing because it gave them a feeling of control. By diverting their attention away from sound, the participants’ auditory cortex activity went down, and the signal we were measuring also went down.”

The results were compared to those of a control group provided with a sham neurofeedback, which allowed researchers to distinguish the effect of real neurofeedback on control of the primary auditory cortex.

According to the researchers, the study represents the first time fMRI-neurofeedback training has been applied to demonstrate that there is a significant relationship between control of the primary auditory cortex and attentional processes.

The study authors say they’d like to ultimately like to see the findings develop into alternative therapy options that don’t require MRI and could be performed at home, such as through the use of a smartphone app.