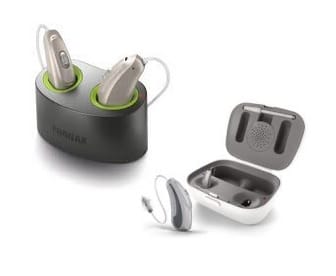 According to the most recent MarkeTrak survey data, hearing impaired consumers consider rechargeable technology among the most desired hearing aid features available. 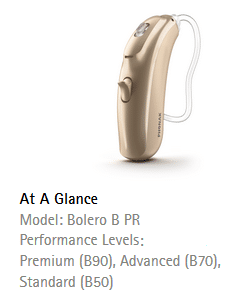 The Bolero B-PR rechargeable hearing aids are built on Phonak’s Belong platform and are designed for mild to severe hearing losses.  The devices are offered in three technology levels: Standard (B50), Advanced (B70) and Premium (B90).

“The release of our lithium-ion rechargeable Audéo B-R was one of the most successful product launches in Phonak history. That’s why we are so excited to announce the extension of this pioneering rechargeable technology to the Bolero B-PR only six months later.”

The new Bolero B-PR runs on the updated version of Phonak’s AutoSense OS. According to the company, the newest version of AutoSense OS analyzes sounds every 0.4 seconds and “draws upon multiple features, blending them to create over 200 distinct settings to precisely match sound environments”.

As part of its all-new Tempus plaform, Unitron announced its latest hearing aid: Moxi Fit R. The new RIC hearing aid, says the company, is “the world’s smallest rechargeable hearing instrument”. The new Tempus platform is said to be “more accurate and significantly faster at recognizing and locating the primary source of speech” when compared with the company’s previous processing platform.

The Moxi Fit R provides more than 24 hours of use with 90 minutes of wireless streaming on an overnight charge. The devices also allow traditional zinc-air batteries to be used as a back-up, if needed.

Hansaton, acquired by Sonova in 2015, has long been an industry leader in offering rechargeable hearing aid options. With the release of its AQ HD S in December 2016, the company offers its first lithium-ion rechargeable device.

The AQ HD S hearing system is said to be IP68-certified, which offers a high level of protection from dirt and moisture.