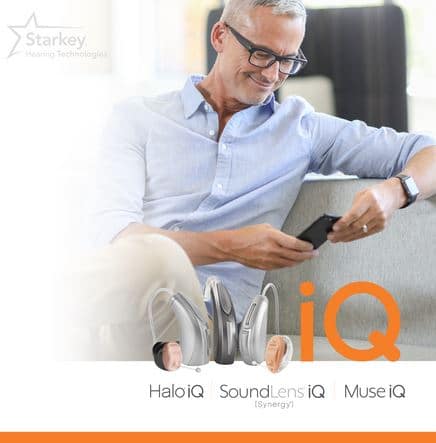 Starkey Hearing Technologies announced the launch this week of a new line of hearing aids, which the company says is based on “research in virtual reality, advanced neuroscience, and audiology and signal processing”. The new hearing aid lines include: Muse iQ, SoundLens Synergy iQ, and Halo iQ.

Alongside the hearing aids, the company also released a new TruLink Remote.

“As part of our commitment to lead the world in hearing innovation, we are excited to share the results of our collaboration with the world’s top researchers in today’s most advanced technologies. By working closely with leading researchers in the fields of neuroscience, virtual reality, and audiology and signal processing to integrate advancements into our award-winning products, we can now provide patients with new levels of presence, clarity and personalization and other benefits previously unattainable with traditional hearing devices.”

Based on Starkey’s Synergy platform and the Acuity OS 2 operating system, the new iQ technology line includes several new features. According to Starkey, the most notable new features include:

The SoundLens Synergy iQ is the company’s newest invisible-in-the-canal (IIC) hearing aid. The devices come in three technology levels: i2400/2400, 2000 and 1600. The i2400 model is wireless and compatible with the company’s wireless Surflink accessories.

Muse iQ hearing aids are available in a full line of behind-the-ear (BTE), receiver-in-canal (RIC), as well as custom styles.  The new Muse iQ CROS and BiCROS systems allow individuals with single-sided deafness to transmit sound from their poor ear to their better ear. 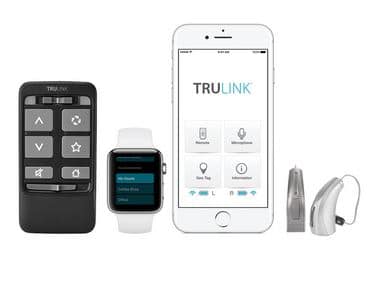 The company’s new wireless accessory for the Halo iQ, the TruLink Remote, is said to be compatible with Apple or Android, and also works without a smartphone.