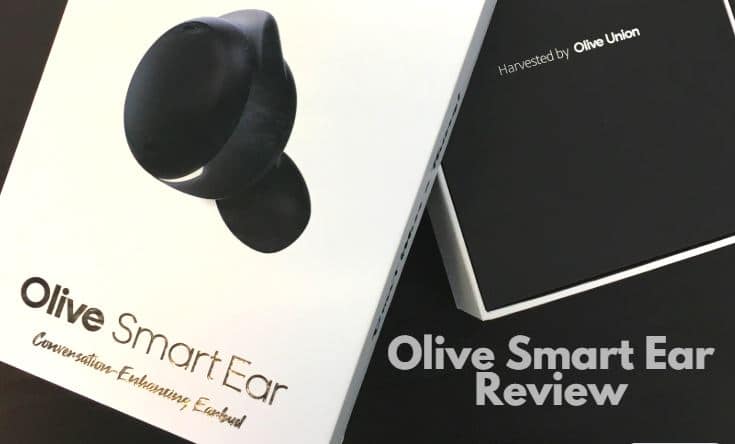 Olive Smart Ear is a sleek, single-ear amplifier designed for people with mild to moderate hearing loss that was made to “remove the stigma of impaired hearing”. The device, which was unveiled at CES in Las Vegas earlier this year, was named a CES 2020 Best Wearable award winner.

Olive says its smart ear is designed to enhance hearing for better conversations and TV listening “while using AI to capture 99.8% of the sounds within your hearing range without distortion”. It also relies on a training session (used with the accompanying app) to learn how to customize its behavior to the user’s hearing.

According to the company, the Smart Ear isolates, filters, and reduces distracting background noises, and amplifies the ones that matter most, optimizing the experience of everyday listening. Designed to enhance the surrounding audio for those with mild-to-moderate hearing loss (less than 50 dB) but who “aren’t yet ready for hearing aids – either clinically or emotionally”.

The Smart Ear arrived in a sleek and well-designed package. The bud arrived within its small charging base, and accessories included in the box were:

In addition to the bud and its accompanying accessories, a very large printed user guide and instruction manual were included in the packaging.

The large print and easy-to-read instruction manuals included in the packaging would seemingly make setup easier for older and less “tech-savvy” users.

Using the eartip tray, a large or small eartip can be chosen–in either foam or silicone. Additionally, a different silicone ring that circles the bud can also be utilized–presumably to accommodate smaller ears.

The earbud can be tailored to an individual’s hearing through the use of the Olive Smart Ear app, which is available for both iOS and Android. Upon downloading the app, it walks you through a simple Bluetooth pairing process to ensure the bud is communicating to the user’s smartphone.

After pairing is complete, the user is then prompted to take a hearing test, which first measures the noise environment and despite being only intended for use in 1 ear, it does a hearing test on both sides–indicating the test of the opposite ear is for “binaural correction”.

After completing the hearing test, the user is taken to the app’s main screen where they can adjust the volume, change listening modes and adjust the sound equalizer settings across various frequencies.

The app sound customization features include:

A distinct difference in listening modes was noted when toggling between programs (the buds have 3 on-board microphones). Audible feedback was elicited on purpose to determine if the Feedback Cancellation feature was useful and a decline in feedback was noted.

Taking calls was found to be simple, much like any wireless Bluetooth earbud. A quick tap to answer the call and a 2 second ‘touch and hold’ to end a call. 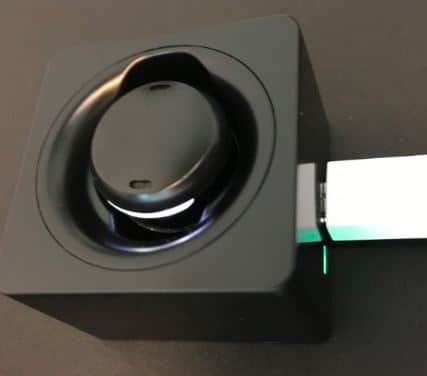 When finished using, the earbud just pops back in its charger, with a white pulsing LED indicating the bud is charging. According to the company, the bud offers 7 hours of listening time and “can extend its battery life to 20+ hours with the charging dock/carrying case (no wires necessary)”.

The Olive Smart Ear offers users an easy-to-use device to amplify sounds around them that can be customized based on an individual’s hearing. The clear, large-print instructions make setup and operation a breeze for those who may not be as tech-savvy as a typical user of wireless headphones.

While it’s not intended to be a hearing aid, the biggest drawback of the Smart Ear, from a hearing perspective, is that it’s only for a single ear, rather than 2. However, for those concerned about the stigma of wearing hearing aids, the Smart Ear looks just like a standard wireless Bluetooth device–and can function like one as well. This may help improve adoption among people typically unwilling to wear a traditional hearing device and get them on the path to eventually seek out professional hearing healthcare.