Deafness on the Vinyeard – Part II 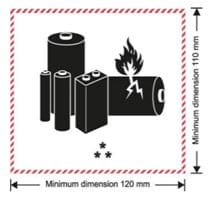 Last week we learned about Thomas Lambert, from the town of Tenterdon, Kent county of England who was a passenger on the Mary and John  to the New World.  He and his third wife, Joyce, became part of the “Great Migration” to the New

World, as did many other Puritan Separatists.  By doing so they became American Pilgrims.  At the end of last week’s post, Thomas and Joyce had set up their home in Barnstable, Massachusetts, where he served the Plymouth Colony as an innkeeper.  At the time, people were known by various last names and it seems that Thomas and Joyce were also known by Lombard, Lumbard and Lambert,so much of their history is a bit disjointed.  It appears that they had ten children, nine of their own and one child from Thomas’s previous marriage in England.

Robert Linnell was also part of the Puritian “great migration,” coming to the New World in his 50’s from Middlesex, England just outside of London (now part of London). His reasons for leaving England were much the same as Thomas Lambert’s, as he was a member of the London church congregation of Reverend John Lathrop (also spelled Lathropp).  Lathrop’s congregation did not accept  the King as head of the Church of England. Reverend John had spent time in the King’s prison for his beliefs and most of his congregation left for the new world in the early 1630s.  Robert Linnell (also known as Linnet or Linnett) finally took his oath of allegiance to the colony in 1638. He became a Freeman that same year and began to

prosper in the New World.

Robert Linnell and Thomas Lambart had properties adjacent to each other in the Barnstable area of Massachusetts.  Towns were small then and everyone knew each other, they worked hard, prayed hard, and celebrated together as well as protecting each other against the wilderness and enemies such as the Indians.  Robert was part of the group tasked with the defense of the Barnstable area. He was a colleague and friend of Captain Miles Standish, one of

Thomas Lambert’s  descendent of interest for this story is Joshua Lambert, born in 1627 just prior to his family leaving England.   It appears that Joshua became a farmer in the Barnstable area, eventually  inheriting land from his father in 1661. The joining of these two prosperous colonial families by the marriage of Abigail Linnell to Joshua Lembart had to be a joyous occasion.  Later, Abigail inherited a part of her father’s farm, which added to their property.

While the joining of these families was a happy event, there was no knowledge of genetic issues at the time.  Little did Joshua and Abigail know that both had recessive genes for deafness.  Two of their children would be deaf and their son,

Jonathan, would later become the first deaf person on Martha’s Vineyard . His arrival would later lead to the  most significant population of hearing impaired and deaf individuals in America.

Audiologists know that  one of the most common birth defects is congenital hearing loss or deafness, which can affect as many as three out of every 1000 babies born.  According to the AAOHNS (2014) inherited genetic defects play an important role in congenital hearing loss, contributing to about 60% of deafness occurring in infants; heredity can also be a factor in hearing loss among older people.

a lifespan, many  factors, including medical problems, disease, noise exposure, trauma and medications, can impair hearing.  Non-syndromal congenital hearing impairment makes up about 70% of these hearing losses.  But AAOHNS (2014)  also states that “Autosomal-recessive inheritance is responsible for 80% of non-syndromic hearing impairment; while autosomal-dominate genes cause 20%, less than 2% of the cases are caused by X-linked and mitochondrial genetic malfunctions.”