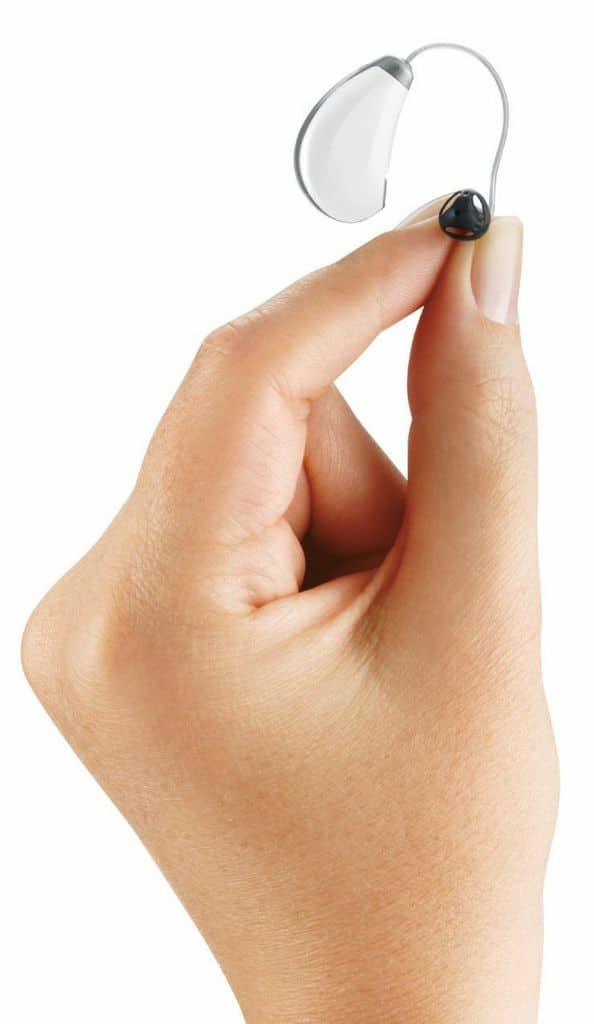 MINNEAPOLIS—Scarcely a month after GN ReSound LiNX became the first hearing aid on the market that can stream stereo sound directly from an iPhone®, iPad®, or iPod touch®, Starkey Hearing Technologies ended ReSound’s short-lived monopoly with the introduction, on March 31, of Halo™, a hearing aid engineered to be compatible with those same Apple devices. Prior to the release of the LiNX and Halo, an additional streaming device was required to use hearing aids with an iPhone.

According to Starkey, the Halo combines the company’s own technology with Apple’s mobile operating system, iOS, to “deliver a new hearing solution that makes every aspect of life better–from conversations to phone calls to listening to music.”

Halo connects with the TruLinkTM Hearing Control app, which is available as a free download in the App Store. As a result, said Dave Fabry, PhD, vice-president of audiology and professional services for Starkey, users of the Halo product benefit from the cumulative intelligence of both Starkey and Apple technology.

While acknowledging that Starkey’s iPhone-compatible hearing aid is not the first on the market, Fabry told Hearing New Watch that Halo has some advantages over Linx. One, he said, is that it has three rather than two technology tiers, the least expensive of which is expected to retail for less than $3000, though that depends upon the individual provider.

Fabry added that Halo also allows users to create up to 20 TruLink Memories, which are customized settings for various acoustic environments, such as a favorite restaurant, the gym, and other locations that wearers frequent. Once the setting is saved, the GPS on their phone will cue the hearing aid when to automatically go into the saved setting for a particular location.

Fabry said that based on initial response to the Halo, the new aid seems to appeal especially to consumers who are at ease using an iPhone for multiple purposes—not simply for making calls. Now that they need hearing aid, they want them to be fully compatible with their iPhone. What that means, said Fabry, is that the Halo is part of “a transition toward making hearing aids cool.”

More information is available at TruLinkHearing.com.