Hearing Loss Prevalence in Adults under Age 70 Continues to Decline 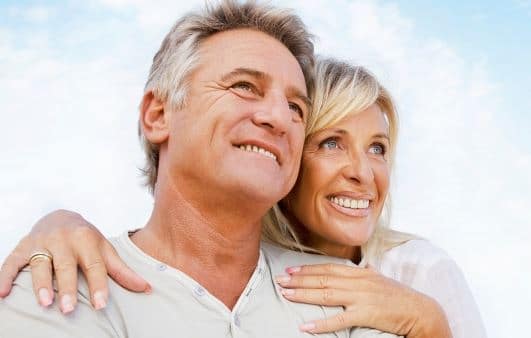 Over the past 50 years, as the United States has moved from a manufacturer-based to a knowledge-based economy, hearing loss among American adults aged 20 to 69 has declined, even as the number of older Americans continues to grow. This was the conclusion of a recent JAMA Otolaryngology Head & Neck Surgery report published December 15 online.

Howard Hoffman of the National Institute of Deafness and Other Communication Disorders (NIDCD) and colleagues, including Greg Flamme of Western Michigan University, analyzed the hearing threshold data from more than 3800 adults between the ages of 20 and 69 from the 2011-2012 National Health and Nutrition Examination Survey (NHANES) database. The researchers compared this audiometric data to similar data from the 1999-2004 NHANES databases. NHANES is a nationally representative health interview and examination survey of U.S. adults.

This decline in absolute numbers was observed despite an increase in the population, and in the relative number of adults aged 50 to 69 in the more recent time period. The new results, according to the researchers, are consistent with previous findings showing improvements in hearing over time, when researchers compared NHANES data from 1999 to 2004 with data from 1959 to 1962.

Although the research continues to indicate that hearing loss of adult onset is common, there is a decline in hearing loss rates among adults under age 70. This suggests that age-related hearing loss may be delayed until later in life.

The researchers found that age was the strongest predictor of hearing loss, with the greatest amount of hearing loss in the oldest age group surveyed (aged 60 to 69). Across all ages, men were about twice as likely as women to have hearing loss.

Lower education level and heavy use of firearms were also associated with hearing loss. Additionally, non-Hispanic white adults were more likely to have hearing loss than adults in other ethnic groups, with non-Hispanic black adults having the lowest risk of hearing loss.

The researchers also found that age- and sex-adjusted hearing loss declined over the years for the averaged high frequencies (3-6 kHz) in both ears, and for speech frequencies (0.5-4 kHz) in one ear. People aged 70 and above, although not studied in this report, have the highest prevalence of hearing loss of any age group, according to the researchers.

“Despite the benefits from the apparent delayed start of hearing loss, there will be an increased need for affordable hearing health care as the numbers of adults aged 70 and older continue to grow,” said NIDCD Director James F. Battey, Jr. in a press release that accompanied the report. Dr. Battey went on to say, “NIDCD continues to prioritize research on hearing health care for adults, including approaches to make treatment more accessible and affordable to improve the quality of life for the millions of Americans with hearing loss.”