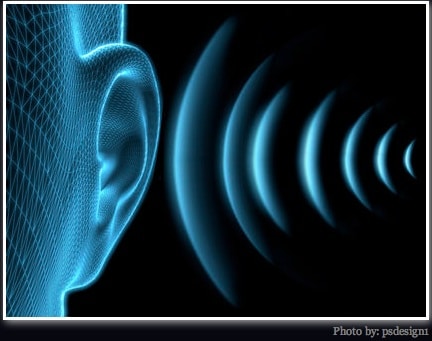 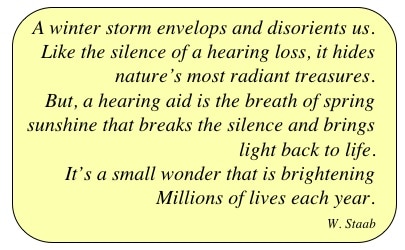 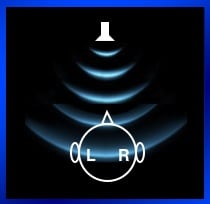 Figure 1. Sound from the front arrives at the two ears at essentially the same time and is heard with no time delay difference between the ears.

Normally, sounds generated in the environment travel through air and arrive at both ears. Sound travels quickly through the medium of air, but it takes a short amount of time to reach the ears. This time element provides useful information to help the auditory system determine where the sound originates. If the sound comes directly from the front (Figure 1), the distance to the ears is the same and the sound arrives, and is heard, at both ears at the same time. When the sound source is an equal distance from both ears, at either 00 or 1800, the ITD is equal to 0.

Figure 2. Interaural time-of-arrival difference (ITD) of a sound arriving at the two ears. In this case, the distance SL (sound left) is greater than SR (sound right), meaning that the sound waves reach the right ear (near ear) slightly sooner than for the left ear (far ear).

On the other hand, when the sound comes from any direction other than directly from the front or rear, a disparity between the time-of-arrival of the sound at the right and left ears occurs. The magnitude of the difference depends on the azimuth from which the sound is directed, but the interaural time-of-arrival difference (ITD) is greatest when the sound comes from 900 to one ear or the other (Figure 2). In the horizontal plane, this results in an approximate 0.6 msec delay in the signal arriving at the contralateral ear (Figure 3). The human auditory system is capable of responding to the very small ITDs that result from just a few degrees of azimuth displacement of the sound source. 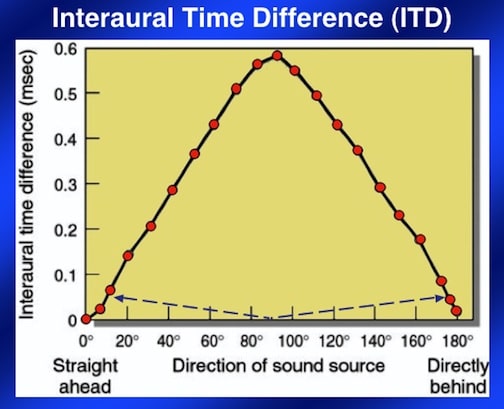 Figure 3. Interaural time difference (ITD) in msec from 0 degrees through 180 degrees azimuth. The same ITD occurs for different horizontal azimuth positions around the head (blue dashed line values as examples). Note that ITDs can be the same when from the front or when from the rear, resulting in ambiguities as to where the sound is coming from, resulting in frequent front/back errors as to location.

Although the auditory system makes use of both ILDs (last week’s post) and ITDs, the latter are thought to play a more significant role in how far left or right a sound source may be. The ITD is fundamental to localizing sound sources of frequencies lower than 1500 Hz. Above 1500 Hz, the cues become ambiguous. Both abrupt-onset and low-frequency sounds give rise to an ITD because sound reaches one ear before the other.

The duplex theory of sound localization was introduced by Lord Rayleigh (1877-1907), taking into account both Interaural Intensity Differences (IIDs) and Interaural Time Differences (ITDs). The duplex theory states that ITDs are used to localize low-frequency sounds and IIDs are used to localize high-frequency sounds (explained in the previous post).

Localization for human adults is not good between 2,000 and 4,000 Hz, with poor sensitivity for both ITDs and IIDs in that range. Additionally, as shown in Figure 3 of this post and from Figure 3 of the previous post, a particular ITD and IID can arise at more than one azimuth location in space, resulting in some ambiguities, especially on front/back errors. This has led to what some have identified as the “cone of confusion” (Figure 4).

The pinna casts a shadow of sounds that originate from behind the listener. The amplitude of sounds above 2000 Hz coming from the back is about 2-3 dB lower than sounds originating from the front. This spectral difference is accepted as an additional cue to aid in both elevation judgments and in front/back discrimination{{1}}[[1]]Blauert J. Spatial Hearing: The Psychophysics of Human Sound Localization. Cambridge, MA. The MIT Press, 1997[[1]]. 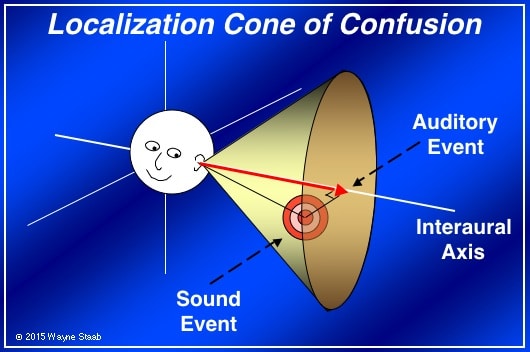 Figure 4. Cone of confusion that can result from simple interaural cues. Fortunately, a normal functioning human auditory system can usually resolve such cone of confusion conditions.

Cone of confusion – Simple interaural cues cannot provide the information as to knowing whether a sound is from the front, back, above, or below. For example, a sound occurring at 450 to one’s left and to the front will have the same ITD as if it had occurred at a position 450 to the left and to the rear. The same holds true when applied to the right ear.

To add to the confusion, this occurs for sounds from above and below as well. In other words, a cone of confusion can occur at all positions between directly left and directly right of a listener’s head. Fortunately, a normal functioning human auditory system can usually resolve such cone of confusion conditions.

Turning one’s head can help reduce localization errors. However, this activity takes about 500 msec, considerable time by neural standards. The pinna allows sound to “bounce around” before entering the auditory canal. How much activity is associated with this passive feature depends on the direction from which the sound originates, the frequencies involved, and applies primarily to vertical sound localization.

Can Localization Occur if the Two Ears are Dissimilar?

The following procedure was developed a number of years ago by Comalli and Altschuler{{3}}[[3]]Comalli, P.C., and Altschuler, M.W. (1980). Auditory localization: methods, research, application, in Binaural Hearing and Amplification, Libby (Ed.), Zenetron Inc.[[3]]. They suggested purchasing an inexpensive small loudspeaker that could be moved around the listener in a one-yard circle. With eyes closed, the listener is asked to locate the source of the sound (moving from right to left or vice versa) by pointing, or saying “right,” “left,” or “center.” Narrow bands of noise could be used as the signal source. The “center” for normal listeners is “12 o’clock” ±10 degrees. They recommended that hearing aids having a center wider than this should be excluded in favor of those more closely approximating the “normal” standard. This might be a good test to use with some of the directional-microphone hearing aids, adaptive or fixed.

Interestingly, localization can improve even when word recognition is poor. And, a listener is more comfortable when the speaker can be located accurately.

Perhaps, following, or concurrent with audibility, the primary goal of a hearing aid fitting should be that of providing localization. Could it be that localization, in the normal course of events, might be a more significant goal than improvement in word recognition scores? An interesting thought.