On the Road with a HoH (and Her BFFs) 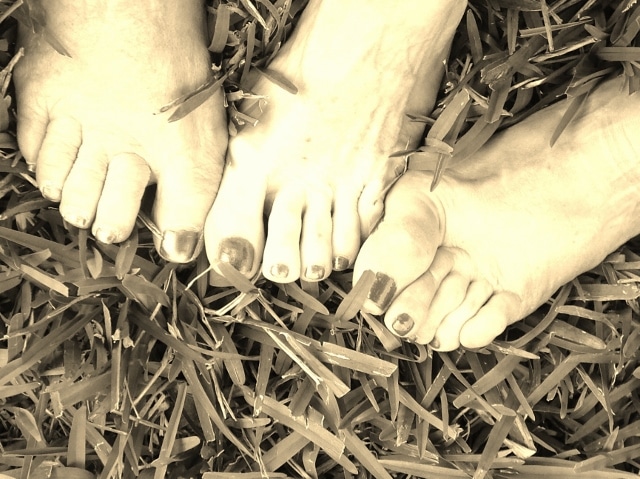 Best friends share things through the years – secrets, money, boyfriends, etc.  And if one of you has hearing loss,  you share that, too.  If your friend is truly your best friend, she will gladly embrace the communication challenges, the irritations, and the daily impact of your hearing loss.

I’m writing this from Florida, where I arrived yesterday after a three-day Girl’s Road Trip with my two long-time BFFs (best-friends-forever), Shona and Wendy.  ‘Women’s Road Trip’ might be a more accurate descriptor given that we are in our fifties, but on fun trips like these, we tend to chop off a couple of decades.  And this road trip, our first in a long time, had the added attraction of a few defining hard-of-hearing moments, one of which was an eye-opener for all of us – and I mean eye-opener!

My BFFs and I are simpatico in the areas of life we consider important – social and family values, politics, and senses of humor.  We also talk a lot.  Other people marvel at our ability to carry on a conversation that started when we were 17 and that will last until we collectively croak.  We do have our differences;  one is that I’m hard of hearing and they are not, although I like to think they have other issues.  My hearing loss has added a stop-and-start function to our dialogue, as comments must be constantly repeated, rephrased or deleted.

Why is it a joy for a HoH such as me to travel with her BFFs?   Because they love you, want to communicate with you, and, above all, they are well trained.

On this trip, my friend’s Land Rover had such excellent acoustics (why this is better than in my own vehicle is beyond me), that their voices were sometimes a bit too loud, most likely because they were ‘speaking up’ for my benefit.  I still needed to speechread, however, as we played the Alphabet Game while driving through Georgia.  This is the game where you pick a subject and then go through the alphabet.  My suggestion of ‘brands of hearing aids’ was rejected in favour of ‘bird names’.    I never seemed to be looking at the correct BFF when they said their words, so everything had to be repeated twice.  Then there was the age-related problem of not remembering whose turn it was and we never did come up with a bird name starting with ‘x’.  When I wasn’t driving, playing on my iPad was a welcome break from the neck-stretching game of Speechreading In The Car.

Our planned cultural-historical stop was Gettysburg, where we saw a film on the battle before heading out to the battlefield itself.  Going into the movie, the staff person asked me if I had a telecoil.  I almost fainted; I hate to say it, but this question is not commonly asked in Canadian museums.  The neckloop receiver worked well, but I had  my usual neck-swiveling struggle to find that sweet spot for the best sound.  Outside, we were greeted by a charming volunteer-guide and thank heavens for my BFFs, who had to translate every word uttered by the guide, who was a living replica of an 1863 gentleman, complete with upper lip-obliterating mustache.

On our final night on the road, we were given a hearing-accessible room.   I hadn’t asked for one, so I must have said pardon a few times while making the phone reservation.  (And you might wonder just why  the HoH was making the phone call with two hearing people on the team.)   In our hotel room, I showed off the assistive technology to Shona and Wendy; pressing the the doorbell outside the room set off a flashing strobe light inside.  However, it also set off a continuous, ear-shattering shriek that sent my both my friends and my hearing aids into spasms.  We turned it off and had a glass of wine to calm our nerves.

At 3 am, the same doorbell alarm went off, shooting two of us out of our beds in terror (nothing wakes Shona).  We couldn’t turn it off, and the sleepy front desk staffperson on the phone said, oh it was probably some teenagers roaming the halls – just reach up and push the off button.  There was no such button, so we had to wait almost five long minutes before it stopped.  Checking out the next morning, I went into advocate mode to discuss how the hotel could better handle the situation in the future, including written instructions for room occupants.

Minor irritations aside, it was a great Girl’s Road Trip – and it’s even better being here with my BFFs enjoying the sounds of seagulls and waves, as we walk the wide sandy beach.