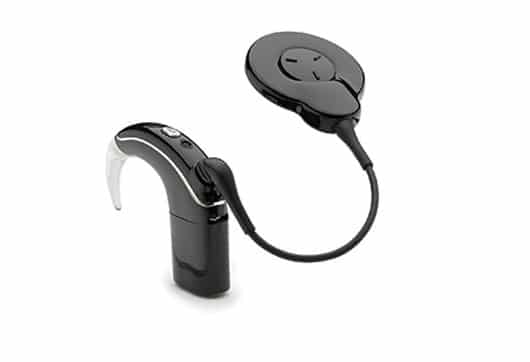 Cochlear Limited, the world’s largest manufacturer of hearing implants, unveiled today its brand-new Nucleus 7 Sound Processor. The new processor, which received FDA approval in June, is said to be the smallest and lightest behind-the-ear cochlear processor available. Further, the Nucleus 7 is also the world’s first Made for iPhone cochlear implant processor.

With the Nucleus 7 Sound Processor, users will be able to stream sound directly from a compatible iPhone, iPad or iPod touch to their sound processor. Using the company’s free “Nucleus Smart App”, users are able to control and customize their hearing experience.

Made for iPhone Cochlear Implant

The new Nucleus 7 processor offers a range of features with the Nucleus Smart App, including:

“The approval of the Nucleus 7 Sound Processor is a turning point for people with hearing loss, opening the door for them to make phone calls, listen to music in high-quality stereo sound, watch videos and have FaceTime® calls streamed directly to their cochlear implant. This new sound processor builds on our long-standing commitment to help more people with hearing loss connect with others and live a full life.” –Chris Smith, Cochlear CEO

The Nucleus 7 Bimodal Solution is delivered by using a Nucleus 7 processor, along with a compatible ReSound hearing aid on the opposite ear.

Together, the devices can provide synchronized streaming to both ears from a compatible Apple device.

The Nucleus 7 Sound Processor will be available as an upgrade beginning in October 2017 for current recipients that have the following internal cochlear implants: Nucleus CI24RE, CI500 and Profile Series Implants.