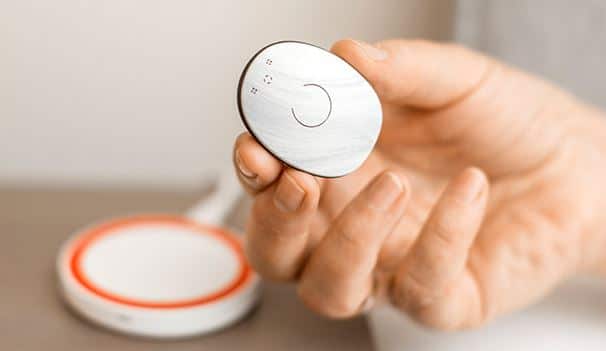 Update May 17, 2018: MED-EL USA announced today that the FDA has given approval for the RONDO 2 Audio Processor and wireless charging pad. According to the company, product availability is estimated for Fall 2018.

The company claims that placing the RONDO 2 on its charging dock for 4 hours, can allow up to 18 hours of continuous use.

According to the company, offering wireless recharging capability will save the average user from having to change more than 700 batteries in a single year.

The discreet size and design of the RONDO 2, like Cochlear’s Kanso device, no longer requires the user to wear anything behind-the-ear, where most cochlear implant processors are worn.

“We’re so used to charging our mobile devices at home overnight. You charge your phone and tablet in this way, so why not your audio processor? It’s the next logical step for cochlear implants and we’re so excited to be pioneering the way forward”. –Gregor Dittrich, Director of Product Management at MED-EL

The RONDO 2 is compatible with Bluetooth neckloops, such as the Artone 3 Max, which allows users to connect to cell phones and various media devices.

The new RONDO 2 device is compatible with all MED-EL multi-channel cochlear implants from the past 25 years.  Recipients with SYNCHRONY, CONCERTO, MED-EL CONCERT, SONATA, PULSAR, C40+, or C40 internal implants will be able to use RONDO 2. 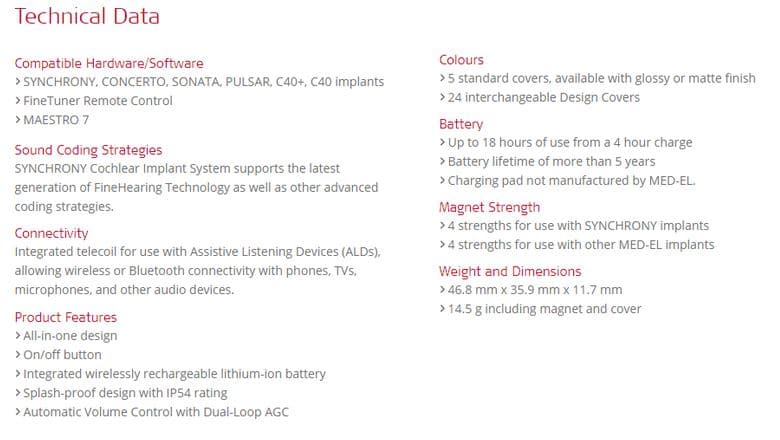 The new device weighs only 14.5 grams, and is 17% lighter than the original RONDO.