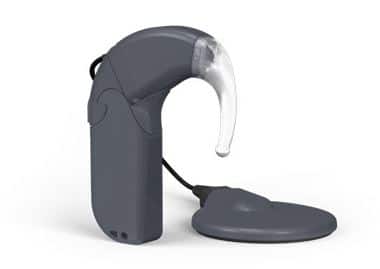 The Institute of Neurosciences of the University of Salamanca and MED-EL are developing a technology that can restore or reproduce the binaural mechanisms of the human brain. A breakthrough which could constitute a key turning point in the improvement of speech intelligibility in noisy environments. By replicating the natural mechanisms of the auditory efferent system, scientists have already achieved an improvement of 2 to 3 decibels during user tests.

One of the primary challenges faced by people with hearing implants (and hearing aids) lies in the fact that they “have a very low noise tolerance threshold, even when the noise is 5 decibels (dB) below speech level. Simultaneous sounds drown each other out, and so patients are not able to discriminate noise from speech. People with normal hearing, however, can communicate even when this noise is 8 decibels above speech level”, explains the team of researchers headed by Enrique López-Poveda, ENT Professor at the University of Salamanca (USAL) and Director of the Laboratory for Computational Hearing and Psychoacoustics from the the Institute of Neurosciences of Castilla y León (INCyL) as well as of the Specialized Diploma in Audiology of USAL, in Spain. After a decade of research, this group has successfully enhanced the performance of cochlear implants in noise by 2 to 3 decibels, which can make all the difference between understanding and not understanding a conversation.

This achievement has already been granted an international patent, and the Austrian multinational MED-EL has bought exclusive rights to market this in Europe, the United States, China and Australia, as announced by Juan Manuel Corchado, the Vice Rector of the Research and Transfer Center of the USAL, in a recent press conference.

The fundamental principle of this research is to restore or emulate the natural cross-checking system used by the brain to process sound stimuli. The project’s researchers explain that “today, when a person has a cochlear implant in each ear (binaural implant), each implant functions independently: the way in which the implant electrically stimulates the auditory nerve depends solely on the sound detected by the integrated microphone of the implant.”

Human ears, however, are inter-connected, and each ear sends signals to the brain which, in turn, sends control signals to the opposite ear. The team from the University of Salamanca were able to demonstrate through their research that, as they had anticipated, this cross-checking system, which is lacking in traditional cochlear implants since they are not connected to each another and function independently, is essential for speech intelligibility in noise.

The challenge today, therefore, is to integrate this technology in marketable hearing devices. To this end, they are currently testing their prototype on a pilot population in age groups ranging from childhood to the elderly. The team is working in partnership with the University Hospital of Salamanca and the University Hospital Ramón y Cajal in Madrid, as well as with American, Austrian and Dutch university and research centers, to name but a few.

The project also benefits from the support of renowned American scientist Blake S. Wilson, one of the recipients of the Lasker-DeBakey Clinical Medical Research Award in 2013 and many other international awards and Doctor honoris causa of the University of Salamanca, with whom Enrique López-Poveda has worked for many years.

The validation tests will initially be conducted in the laboratory of Dr. Wilson in the United States, until the Institute of Neurosciences of Castilla y Leon can perform the tests. All participants are volunteers, adult and children older than seven years old, of different nationalities, and who use one or two cochlear implants.

López-Poveda defines this sample population as “vital” if this research is going to be able to “contribute to enhancing the performance levels and sound quality of binaural implants so that we can replicate natural hearing in as natural a way as possible.”

The coordinator of the academic research team, Enrique López-Poveda, and the General Manager of MED-EL for Spain and Portugal, Julio Rodrigo, each give their perspective on the key elements of this project.

Editor’s Note: By mutual agreement,  this article is republished with permission from Audiology World News, where it originally appeared on February 10, 2017.