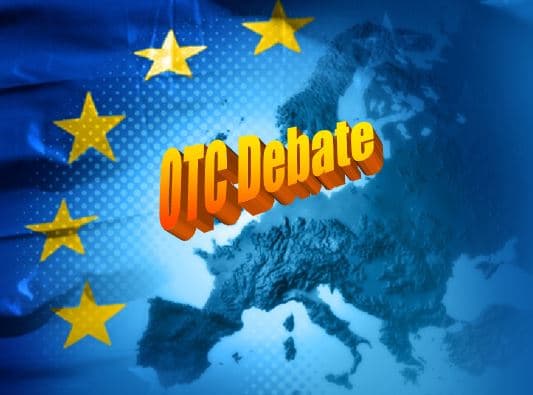 On May 27, the European Association of Hearing Aid Professionals (AEA) organized a mini-symposium on the topic that has inflamed the debate around audiology the other side of the Atlantic: the unrestricted sale of hearing aids and assistive hearing devices. Focus on this symposium with those involved.

OTC and PSAP… In the United States, these two acronyms seem to have taken center stage at the moment. The first, which means “over-the-counter”, may soon apply to specific hearing aids for mild hearing loss, while the second, which stands for “personal sound amplifier products”, covers assistive hearing advices that are becoming increasingly popular with the American public.

Of course, these trends have not been met with unanimous applause and they are starting to worry organizations in Europe, where assistive hearing devices have already entered the market. This is why the European Association of Hearing Aid Professionals (AEA) organized a mini-symposium on these issues on May 27, inviting the European Hearing Instrument Manufacturers Association (EHIMA) and the European Federation of Hard of Hearing People (EFHOH) to the event. The aim was to review the situation concerning OTC and PSAPs on the basis of available studies.

The United States is trying to find new models so that more hearing-impaired people are fitted with hearing aids. The problem is that the numbers put forward to justify these models are incorrect, said Mark Laureyns, President of the AEA. “When you read the justifications for why new initiatives are needed in the United States to improve access to hearing aids, one of the commonly cited problems is that only 15% of adults with hearing loss have hearing aids. But this really depends on the definition of ‘hearing loss’, on the way use of hearing aids is evaluated, and on how recent the information is. This figure of 15% is based on data that are 10 years old and that no longer reflect today’s reality.”

Instead, Mark Laureyns puts forward the figures reported by the MarkeTrak study carried out in 2015 and that evaluated the number of people reporting hearing loss, and extrapolates this figure based on the European context and reaches a very different – and far less worrying – number for the proportion of people diagnosed with hearing loss who have hearing aids: 60%. In Europe, this figure is 58% according to EuroTrak.

“At the request of the European Federation of Hard of Hearing People (EFHOH), the Technology and Audiology Working Group of the AEA analyzed 27 of these personal amplifiers sold in Europe in 2015. All of them exceeded the maximum volume level of 120 dB SPL, 89% exceeded 125 dB SPL, and 30% 130 dB SPL. These shocking results were presented to the European Parliament, the World Health Organization, the International Telecommunication Union (ITU) and during a public workshop to the US Food and Drug Administration (FDA). Even the Consumer Technology Association (CTA) took these findings very seriously, and at the same FDA workshop, Mead Killion from the CTA presented a proposal for a standard on personal amplifiers using the joint AEA/EFHOH report as a reference,” Laureyns added.

In short, the AEA and the EFHOH have said that the conditions of use of personal amplifiers should be modeled on those for music headphones, in other words limited to 40 hours per week at 80 dB(A), and to 5 hours per week at 84 dB(A). Now that assistive hearing devices are on sale, it would be better if they did not put the user’s hearing health at risk.

Concerning the unrestricted sale of hearing aids, the debate is raging at the moment in the United States and the outcome could be imminent (see inset). In Europe, this is a provision that would for now be in breach of applicable legislation: since they are medical devices, hearing aids can only be supplied by a qualified professional. In the United States, a special category of hearing aids would be created for rehabilitation of mild-to-moderate hearing loss only.

Speaking with a single voice

As such, the AEA is only moderately concerned. According to the association, the reason the US is facing these problems at this time is because “professional organizations there are divided and do not agree on the way to manage the unrestricted sale of assistive hearing devices, which means that audiology professionals in the US cannot speak with a single voice.” For instance, among healthcare professionals, the American Academy of Audiology (AAA) is in favor of OTC under certain conditions, like the American Speech-Language-Hearing Association (ASHA). The Academy of Doctors of Audiology (ADA) is also in favor, while the International Hearing Society (IHS) is opposed. For their part, consumer groups and associations for the hard of hearing people are for the change.

Lastly, concerning manufacturers, the Hearing Industries Association (HIA) is in favor provided that these hearing aids are only authorized for mild hearing loss, and not for mild-to-moderate hearing loss. A state of affairs that is quite different from the situation in Europe:

“Fortunately in Europe, professional, patient and manufacturer associations work together in a very constructive way and join forces when it comes to organizing hearing healthcare on the continent,” say the EHIMA, AEA and EFHOH.

“This shouldn’t be overlooked. European organizations for the hard of hearing people, which make up the EFHOH, were the driving force behind ensuring that hearing healthcare was taken seriously by decision-makers, making care affordable as part of universal healthcare systems.”

Editor’s Note: By mutual agreement,  this article is republished with permission from Audiology World News, where it originally appeared on July 11, 2017.