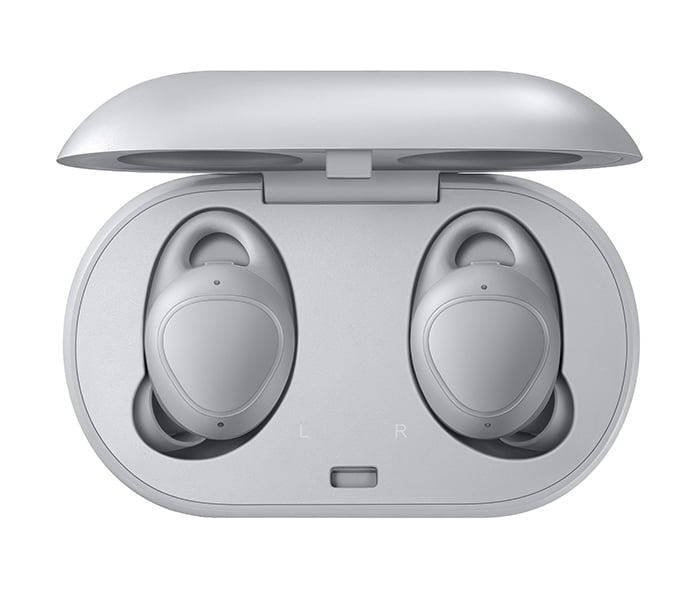 At this year’s European consumer electronics show (IFA) in Berlin, Samsung unveiled a newly updated version of its IconX hearable. The updated wireless earbuds are said to resolve many of the issues that have plagued the devices since they were first launched in the spring of 2016.

While Samsung was the first major consumer electronics company to release truly wireless earbuds, issues like poor battery life and connectivity problems, have prevented the IconX from achieving any large measure of success. By contrast, Apple is said to currently control 85% of the wireless earbud market, in large part owed to the popularity of its AirPods.

Samsung IconX Update Takes Aim at Apple, Bragi, and Others 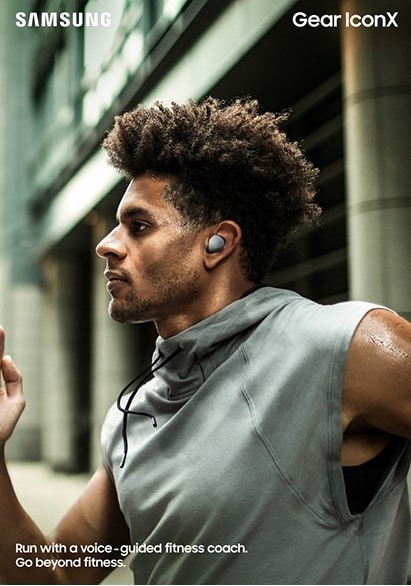 Among the biggest improvements to the IconX, announced by Samsung, is battery life. While the original version claimed over 3 hours of battery life, many users complained that battery life during regular use often fell far short of 3 hours.

Now, Samsung claims nearly twice the battery life of its previous model: up to 7 hours in Standalone Mode, up to 5 hours in Bluetooth Mode and Talk Time of up to 4 hours. Like major competitors, such as Apple, Bragi and others, the updated IconX comes with a charging case that offers on-the-go charging when the devices are not in use.

For the fitness enthusiast, the IconX will automatically track your running routines, and also features the standalone Running Coach function that can be activated by tapping the earbud to provide in-ear audio exercise status updates in real time.

The updated earbuds are compatible with Bixby, Samsung’s new voice assistant (this requires use of a Galaxy S8, S8+ or Note 8 smartphone). By tapping and holding on the earbud, you can use your voice to control your music or your phone.

The updated design of the new Gear IconX comes in Black, Gray and Pink. The device specifications can be found below: 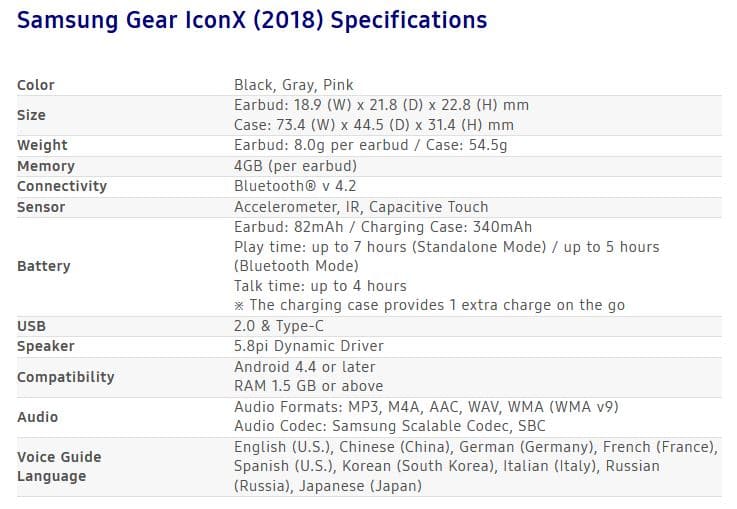 The newly updated Gear IconX release date and pricing in North America has not been confirmed. However, it is said to be available in Europe at the end of October and be priced around €229 euros. This has led some to speculate that pricing in the US would likely be around $250 USD, comparable to the Jabra Elite Sport.