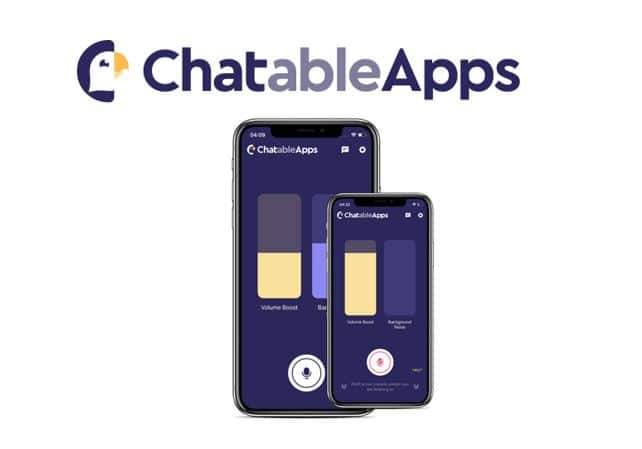 Hearing loss affects 37.5 million adults in the U.S. and the World Health Organization (WHO) has stated that 466 million people globally have ‘disabling hearing loss’, with this expected to reach 900mn by 2050. However, “due to the high cost of traditional hearing aids and lack of inclusion in medical insurance many of those suffering are currently going untreated”.

Using AI to Turn Your Smartphone into a Hearing Aid

Founder and chief scientist at ChatableApps, Dr Andrew Simpson (PhD) – a pioneer of neuroscience-led AI – has devised a brand new way of thinking about AI which reverse engineers the neural processes of the hearing brain and implements them as AI. This gives you an AI on your phone that works like a brain to make conversation easy to hear. Essentially, sound goes in complicated and comes out simple.

“Putting an auditory cortex on a smartphone has been a dream for a long time. As far as I know this is the most advanced real-time AI that has ever gone on a phone. It’s been a long road, but our preclinical trials reveal something of a medical breakthrough: a hearing aid that doesn’t need hearing tests and going straight into the hands of people who can’t afford a hearing aid.”

Despite the complex science and AI at work in the app, the user interface is simple. Once downloaded, the user simply moves two sliders up and down to find their desired balance. The volume boost slider enables clear and loud voice, while the background noise slider removes background noise, allowing users to hear conversations no matter where they are.

“Our unique ground-up AI makes our universal hearing aid the first app capable of addressing the global hearing epidemic.” Giles Tongue, ChatableApps CEO, commented. “Following successful preclinical trials we have decided to launch immediately due to urgent demand from audiologists to help people struggling because of Coronavirus. With many unable to lipread due to face masks or unable to visit a hearing clinic in an emergency, our app provides a lifeline that will help people communicate.”

According to the company press release, using the app in pre-clinical trials:

The ChatableApps Universal Hearing Aid app is available to download now on iOS and Android. The app is free to access, with the option to subscribe to unlock maximum voice amplification and reduction of background noise. The full version is available for $12.99 /monthly, $79.99 /annual.

About ChatableApps
ChatableApps are a group of intrepid technologists headquartered in London, UK, united behind the goal of using #AIforGOOD tackling the world’s biggest unaddressed accessibility problem: Global Hearing Epidemic. The company’s mission is to ‘make everyday conversation accessible to everyone, everywhere.’