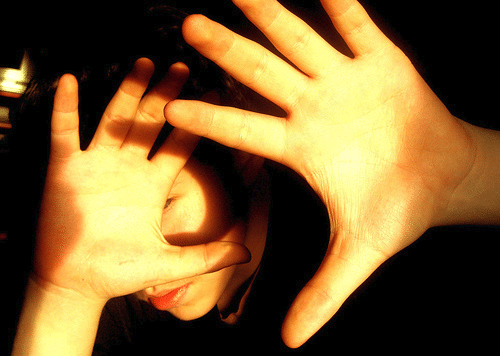 As the director of a balance and vestibular clinic, I see many patients with complaints of dizziness, disorientation, and motion sensitivity related to migraine. We work closely with our neurology colleagues in managing these patients. The International Headache Society has an official classification of “vestibular migraine.”

Let me start by saying that I am not a medical doctor, certainly not a neurologist. My doctorate is in audiology, so consider this a curated reading list rather than a review or summary. This post will include excerpts from several recent articles regarding migraine hypersensitivity.  The reader is advised to follow the links to the original articles for additional information and references:

The brain is hyperexcitable in migraine, Aurora and Wilkinson (2007). “The exact pathogenesis of migraine remains to be determined.… No one single neurophysiological technique can be ascribed to best to find differences in migraineurs versus non-migraineurs.… Individuals with migraine are clearly hypersensitive to many forms of sensory input, particularly visual. This suggests underlying neural hyperexcitability, which could arise either subcortically, cortically, or both.”

Cortical excitability and chronic migraine by Coppola and Schoenen (2012). “Studies of cortical responsivity tend overall to indicate an increase in excitability, in particular of somatosensory and visual cortices, reflected by increased amplitude of evoked responses, … (and) decreased activity of inhibitory cortical interneurons.”

Migraine is associated with altered processing of sensory stimuli by Harriott and Schwedt (2014).  “It is becoming quite clear that the migraine susceptible brain is unique, not only in its ability to produce these symptoms of the migraine attack, but also in how it processes sensory information. Several studies have demonstrated that migraineurs differ in their processing and perception of unimodal and multimodal sensory inputs. During the migraine attack, migraineurs develop an enhanced perception of painful and non-painful somatosensory, visual, auditory, and olfactory sensations. Between migraine attacks, atypical sensory perception persists, with migraineurs demonstrating low discomfort thresholds to various experimentally applied stimuli. In addition, migraine is associated with atypical integration of information from different sensory modalities presented simultaneously (i.e. multisensory integration).… “

“Migraineurs process and perceive visual information atypically. Most migraineurs report increased sensitivity to light between migraine attacks and light-induced aggravation of headache during a migraine attack. As with auditory stimuli, migraineurs have reduced visual discomfort thresholds as compared to non-migraineurs. Various visual stimuli can trigger a migraine attack, including exposure to sunlight, flashing or flickering lights, television, computer screens, and patterned lights.”

“Visually induced motion sickness can be potentiated in patients with migraine by combining head pain with a provocative visual stimulus.”

“Management of motion sickness focuses on avoidance of provocative stimuli. Randomized controlled trials consistently found that scopolamine effectively prevents motion sickness when exposure cannot be avoided, although unpleasant vestibular symptoms have been reported as part of a scopolamine withdrawal syndrome.…”

“In patients with vestibular migraine, migraine headache pain predates vestibular symptoms by an average of 8.4 years.”

Multisensory integration and migraine by Todd Schwedt (2013). “Migraineurs have less prominent but persistent hypersensitivities to stimuli between migraine attacks.… The term “multisensory integration” as used in this article refers to the process by which the brain has the ability to co-process and co-modulate different modes of incoming stimuli in order to  derive a single perception of one’s environment. Rather than processing each mode of sensory stimuli in isolation (e.g. visual inputs, auditory inputs, and olfactory inputs), and deriving individual sensory perceptions, multisensory integration allows the human brain to consider multiple sensory stimuli simultaneously.…”

“Most migraineurs have increased sensitivity to light and other visual stimuli during migraine attacks… Exposure to light and visual patterns may cause generalized discomfort and increase the intensity of headache. Migraineurs have increased sensitivity to normal lighting conditions, bright light (e.g.sunlight), and to flickering lights (e.g. fluorescent lights and computer screens).  Even after 72 hours of migraine freedom, migraineurs have significantly lower visual discomfort thresholds compared to non-migraine controls.… Neuro imaging has shown migraineurs to have atypical structure of visual motion processing areas … and greater activation of visual cortex and motion sensitive temporal cortex regions in response to visual stimulation.”