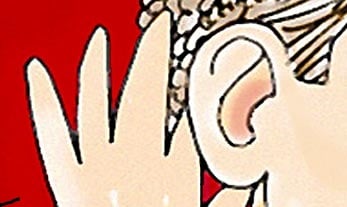 Persistent Postural-Perceptual Dizziness (PPPD) is a new diagnosis that is unfamiliar to many health care providers and patients alike. The diagnosis is new in name only, as the primary physical symptoms of this disorder have been reported in medical literature dating back to the 1800s. These core physical symptoms include persistent, non-spinning dizziness and/or unsteadiness that are worsened by complex visual environments, as well as by active or passive movement.

A complex visual environment that may be bothersome to someone with PPPD could include a grocery store aisle or flooring that has a complex or intricate pattern. Examples of passive motions include riding as a passenger in a vehicle or riding an elevator or escalator.

What is Persistent Postural-Perceptual Dizziness (PPPD)?

The recommended criteria for diagnosis include:

PPPD is thought to be a central (brain) maladaptation, most often following an acute episode(s) of dizziness. As the symptoms associated with the acute episode(s) resolve, the more persistent symptoms of PPPD become evident. Rarely does PPPD occur in isolation without a precipitating event.

Dizziness symptoms can be caused by a multitude of pathologies, but peripheral (ear) vestibular disorders are common, accounting for around 30-40% of all dizziness seen clinically. Vestibular migraine is thought to be the second most common cause for dizziness, also making it extremely prevalent.

The most common precipitating conditions for one developing PPPD are vestibular disorders, accounting for 25-30% of cases, followed by episodes of vestibular migraine, which accounts for 15-20% of cases.

Other common precipitating conditions include anxiety or panic attacks with dizziness symptoms, traumatic brain or whiplash injury, and autonomic disorders. This does not encompass all possible precipitating events that could lead to PPPD, but rather those that are most common.

How Common is PPPD?

Long-term epidemiologic studies do not currently exist for PPPD and it is not known how prevalent PPPD is in the general population. PPPD is thought to be fairly common in those who have suffered from vestibular disorders with studies showing PPPD-like symptoms in up to 25% of patients at 3-12 months follow-up.

Those with anxiety-related personality traits seem to be at an increased risk for developing PPPD following a dizziness event.

Overall, it seems that women are slightly more likely to develop PPPD than males and the average age of symptom onset is likely to be between 40 to 60 years old.

Assessment and Treatment of PPPD

Due to the association between PPPD and one’s level of pre-existing anxiety, it would seem appropriate to measure the level of anxiety early in assessment so treatment for anxiety can be sought if necessary, with the goal of reducing the likelihood of developing PPPD.

The treatment of PPPD should be multidisciplinary just like the assessment for this condition. Appropriate education and treatment for the precipitating event should occur. Vestibular rehabilitation with a physical therapist should be completed. A physician may also prescribe medications such as selective serotonin reuptake inhibitors (SSRIs) and serotonin-norepinephrine reuptake inhibitors (SNRIs). Lastly, cognitive behavioral therapy with a therapist can help to reduce the stress and anxiety associated with PPPD.

The consensus document can be reached here for those interested in learning more about the diagnosis, assessment, and treatment of PPPD.