The PCAST Report and How it Could Harm Patients — Part 2 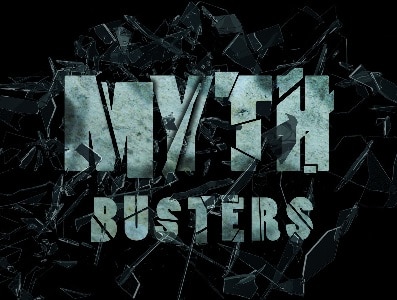 Editor’s Note: Today’s post continues a discussion by Virginia Ramachandran, AuD, PhD, and Brad Stach, PhD, offering their view on how the recommendations of the PCAST report could actually harm, rather than help, hearing impaired patients. 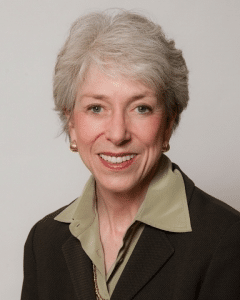 In 2009, Dr. Christine Cassel, the co-chair of the PCAST Hearing Technologies, co-authored an article in the Journal of the American Medical Association decrying the consumer-driven approach to healthcare that is the very cornerstone of the PCAST report and its recommendations (Berenson and Cassel, 2009). In their article, the authors stated,

“Both patients and physicians should exercise caution before moving headlong into a strategy that attempts to make health care more efficient and effective by further increasing the pressure of competitive market forces.”

It is unclear why these beliefs in the importance of appropriate health care have failed to extend to patients with hearing loss. The PCAST report states that “only a fraction of consumers who need assistance with hearing obtain and use hearing aids”. This statement is factually correct and based on numerous studies.

The report goes on to suggest that this is due to “high cost, complex dispensing procedures, social stigma, and performance shortfalls”. This lip service to the myriad of factors impacting consumer access to hearing care is thereafter largely ignored in deference to cost alone. The report is fraught with myths and has conclusions that somehow seem even unrelated to all of the twisting of the story.

Here readers, we give you our take on the PCAST myths.

PCAST Myth 1: Cost is the Largest Barrier to Adoption of Hearing Care

The report states that “PCAST believes that cost is the largest barrier to hearing-technology adoption”. This belief is without supporting evidence and in spite of substantial evidence to the contrary. Although market-based surveys of attitudes toward amplification suggest that affordability can be a barrier to hearing aid adoption, population-based studies that have examined income as a determinant of hearing aid acquisition or use have failed to demonstrate an association (Fischer et al., 2011; F. R. Lin et al., 2011; Popelka & Cruickshanks, 1998).

In fact, the very market-based survey cited by the PCAST to support the issue of cost as a barrier (Kochkin, 2007) showed that type of hearing loss and perceived need are the largest reasons cited for non-use of hearing aids, not cost as is reported. These data have been curiously misrepresented in this report.

PCAST Myth 2: Reduction of Cost Will Increase Patient Use of Hearing Technology

Short of giving them for free, reducing the cost of hearing devices does not lead to greater uptake. The goals of the PCAST to decrease cost by “opening the market” will not motivate consumer use of hearing aids.

This may seem counterintuitive to the consumer electronic community, because the economic theory on which they rely is based on the assumption that consumers behave rationally with regard to their healthcare decisions.  Anyone who understands healthcare knows that is not a reasonable assumption, and the evidence bears this out.

There is clearly an underlying assumption in the report that merely having access to cheaper hearing devices will result in consumer benefit. For this to occur, people must use their devices, and the devices must provide appropriate amplification and treat their communication disorder. 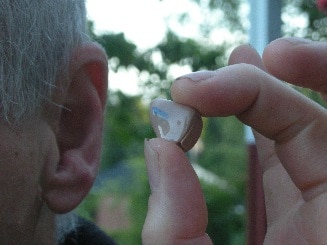 This suggests that many patients were not using their hearing aids when they did not pay for them themselves, likely because they obtained them at an earlier age with less hearing loss than the other group. Access to cheaper or free devices does not guarantee use and may even increase non-use of devices that are dispensed under models that promote “cheap” devices.

The question of benefit from hearing devices is not actually even considered by the PCAST report. One recommendation of the study is to unbundle services and have patients forgo the audiologic care needed for effective use of hearing devices.

Any audiologist who works in clinical practice, and most consumers, are aware of the need for audiologic care in making hearing technology work for the consumer. This includes people with mild-to-moderate, age-related, sensorineural hearing loss who the PCAST mistakenly appears to believe can be easily treated with simple amplification devices.

The PCAST report focuses on acoustic neuroma and cerumen as the major areas of medical concern for patients and calls “anecdotal” other medical concerns where hearing loss is a presenting symptom.

The reality is that hearing loss is a symptom that can result from a number of medical disorders that can have serious complications.

Disorders, of course, include occlusion of the ear canal due to wax or other debris, infection of the ear canal, middle ear, or inner ear, cholesteatoma, mastoiditis, meningitis, autoimmune disease, Meniere’s disease, otosclerosis, acoustic neuroma, vestibular schannoma, meningioma, glomus tumor, multiple sclerosis, or ototoxic medication. To brush off the need for these disorders to be detected and treated medically is negligent and profoundly dangerous to consumers.

Berenson and Cassel, 2009, describe how the recommendation such as those of the PCAST can result in poor quality of medical care for consumers:

“Thus, in a consumer-directed system that promotes continuous shopping at the point of service, consumers will likely place little emphasis in their purchasing decision on these attributes relative to the more technical aspects of price, disease-specific quality, patient satisfaction, and service …such an atomized approach to how patients obtain health care will undermine other essential components of quality, less amenable to marketing and measuring, such as ability to diagnose unusual conditions, reassurance during difficult illnesses, patient partnership around informed decision making, and coordination of care.”

The report states that “hearing treatment and tests meet the FDA requirements for OTC products, which are that consumers should be able to self-diagnose, self-treat, and self-monitor the condition.”

Self-diagnosis and self-treatment is likely to be profoundly difficult for people with hearing loss. Anyone who has ever worked clinically understands the lack of connection between a patient’s perception of hearing loss and the reality of the hearing sensitivity, especially in the configured losses that most older patients have.

Data from the National Health and Nutrition Examination Survey (Bainbridge and Ramachandran, 2014) demonstrate that a substantial portion of people self-report levels of hearing ability that differ greatly from their measured hearing ability.

In describing why consumer-directed care may be bad for patients, Berenson and Cassel state “Society still looks to professional values to add a measure of confidence in an interaction in which the consumer (or patient) is at a disadvantage because of the vulnerability of the illness state or the simple fact that few patients can master the complexity of knowledge necessary to be a totally informed shopper”.

This situation is true of the hearing healthcare arena where, without professional intervention, patients are ill-equipped to understand their degree or type of hearing, the consequences of untreated medical conditions, and whether the type of over-the-counter hearing technology promoted in the PCAST recommendations would be a viable and useful treatment for a given patient.

Next week — more myths and our concluding remarks

Virginia Ramachandran, Au.D., Ph.D., is a senior staff audiologist and research coordinator in the Division of Audiology, Department of Otolaryngology – Head and Neck Surgery of the Henry Ford Health System in Detroit, Michigan. Dr. Ramachandran also coordinates the clinical education experiences of the audiology students at Wayne State University where she is an adjunct assistant professor. She serves as a member of the American Academy of Audiology’s Board of Directors. She is an associate consulting editor for Plural Publishing Inc. and has co-authored and edited several textbooks geared toward audiology students.  “The opinions and assertions presented are the private views of the author and are not to be construed as official or as necessarily reflecting the views of the American Academy of Audiology.”

Brad A. Stach, Ph.D. is Director of the Division of Audiology, Department of Otolaryngology-Head and Neck Surgery, of the Henry Ford Hospital in Detroit, Michigan.  He also serves as a consultant for Audiology Clinical Education at Wayne State University Department of Communication Sciences and Disorders. Dr. Stach has served in audiology leadership and clinical positions at The Methodist Hospital of Houston, Georgetown University Medical Center, the California Ear Institute at Stanford University, the Nova Scotia Hearing and Speech Clinic, and the Central Institute for the Deaf. He is a founding board member of the American Academy of Audiology and has served as its President and the Chair of its Foundation’s Board of Trustees.  Dr. Stach is the author of a number of scientific articles, books, and book chapters and is the Audiology Editor-in-Chief for Plural Publishing.