The PCAST Report and How it Could Harm Patients — Part 3 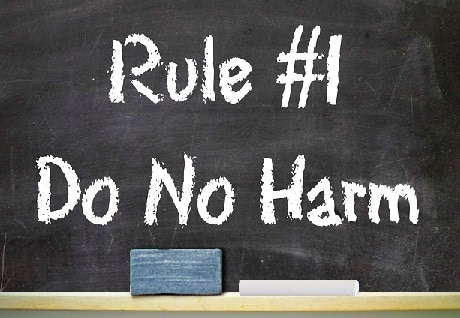 Editor’s Note: Today’s post concludes the discussion by Virginia Ramachandran, AuD, PhD, and Brad Stach, PhD, on why they believe the recommendations of the PCAST report could actually harm, rather than help, hearing impaired patients.

PCAST Myth 6: Providing Over-The-Counter Access Will Be Safe for Consumers

It is commonplace in clinical practice to find that consumers greatly underestimate the degree of hearing loss that they have. Leaving the consumer to fend for themselves to guess at their degree and type of hearing loss can lead to over-the-counter devices being used for populations for who they were not intended.

For adults with greater degrees of hearing loss, under-amplification and under-treatment may mean that they are at higher risk for depression, falls, and cognitive decline.

Children inappropriately treated with over-the-counter devices are likely to be at risk for speech or language delays, poor school performance, and/or cognitive delay. For both adults and children over-amplification can result in hearing loss caused by excessive noise exposure from the device.

PCAST Myth 7: The Costs of Hearing Aids are “Too High”

The PCAST study goes on to cite the “average” cost of hearing aids, then later suggest that people can benefit from lower-cost Personal Sound Amplification Products (PSAPs). The PCAST compares the average cost of hearing aids to PSAPs instead of the entry-level costs of hearing aids, which in most cases of bundled audiologic care plus device would be under $1,000. This is significantly closer to the cost of PSAPs, which have poorer technology and no audiologic care. Likewise, the PCAST report states that Veterans Administration hospitals obtain hearing technology at a lower rate than most audiologists in the private sector, which is true.

They fail to notice that the VA is the largest employer of audiologists in the nation and neglect the true cost of care, which necessarily includes audiologic services.

Comparisons are made by the PCAST of “retail” hearing device dispensers (presumably this includes audiologists working in healthcare settings) to big box stores such as Costco, citing lower costs in such settings. In this case the PCAST is comparing apples to oranges in that retail settings are not subjected to the public oversight and consumer protections that are inherent to the medical and healthcare communities. 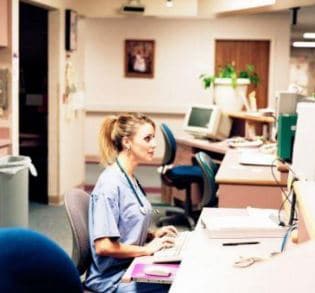 Medical settings, by their nature, will be subject to greater regulation, resulting in higher cost for service.

Audiologists are healthcare providers, working predominantly in medical settings. As such they are subject to the regulatory policies which protect consumers and include, among many other assurances, on-demand access to foreign language and American Sign Language interpreters, use of electronic medical records which meet the federal government’s requirements for meaningful use, meeting HIPPA requirements for patient privacy and billing practices, and ensuring equitable access to care for consumers of diverse backgrounds. These mandatory patient and consumer protections, which retailers are free to ignore, come with a cost.

The PCAST also cites the National Health and Nutrition Examination Survey to suggest that people with the lowest incomes were less likely to use hearing devices. In fact, hearing aid ownership was found to be lower among only the lowest 20th percentile of households.

What the PCAST failed to appreciate was that in households with higher incomes there was NO TREND for hearing aid ownership (Bainbridge and Ramachandran, 2014). Once above the poverty level, income does not impact access to hearing care.

Except for the poorest consumers, the costs of bundled hearing devices and audiologic care are not too high to access and are in line with other services provided by healthcare professionals. When patients are ready for hearing care, they allocate their resources accordingly.

PCAST Myth 8: Hearing Loss is the Same as Vision Loss

Sensorineural hearing loss is more like low vision disorders such as glaucoma or macular degeneration, which require professional rehabilitation interventions to manage.

The PCAST made two major recommendations to have the FTC develop rules about making hearing test results available to patients. We are not aware of any state dispensing laws that do not already require that.

PCAST Myth 9: The Hearing Aid Industry is a Closed Market

The report talks about Federal and State regulations that “appear to discourage potential new entrants” into the hearing aid markets. There are no such barriers.

New entrants would simply have to comply with regulations intended to safeguard our patients.

In addition to the myths described above, the PCAST report relies on numerous glaring, and frankly, amateurish misunderstandings about hearing loss and its impact on communication function, hearing aids and their impact on improving hearing sensitivity, and the role and functions of hearing care providers in the hearing care treatment process.

In our opinion, the recommendations from this report are not about better access and affordability for our patients. Rather they appear to be about deregulating the industry so that others beside current hearing aid manufacturers can have easier access to patients without being “burdened” by the protections currently in place for their safety and benefit.

Virginia Ramachandran, Au.D., Ph.D., is a senior staff audiologist and research coordinator in the Division of Audiology, Department of Otolaryngology – Head and Neck Surgery of the Henry Ford Health System in Detroit, Michigan. Dr. Ramachandran also coordinates the clinical education experiences of the audiology students at Wayne State University where she is an adjunct assistant professor. She serves as a member of the American Academy of Audiology’s Board of Directors. She is an associate consulting editor for Plural Publishing Inc. and has co-authored and edited several textbooks geared toward audiology students.  “The opinions and assertions presented are the private views of the author and are not to be construed as official or as necessarily reflecting the views of the American Academy of Audiology.”

Brad A. Stach, Ph.D. is Director of the Division of Audiology, Department of Otolaryngology-Head and Neck Surgery, of the Henry Ford Hospital in Detroit, Michigan.  He also serves as a consultant for Audiology Clinical Education at Wayne State University Department of Communication Sciences and Disorders. Dr. Stach has served in audiology leadership and clinical positions at The Methodist Hospital of Houston, Georgetown University Medical Center, the California Ear Institute at Stanford University, the Nova Scotia Hearing and Speech Clinic, and the Central Institute for the Deaf. He is a founding board member of the American Academy of Audiology and has served as its President and the Chair of its Foundation’s Board of Trustees.  Dr. Stach is the author of a number of scientific articles, books, and book chapters and is the Audiology Editor-in-Chief for Plural Publishing.