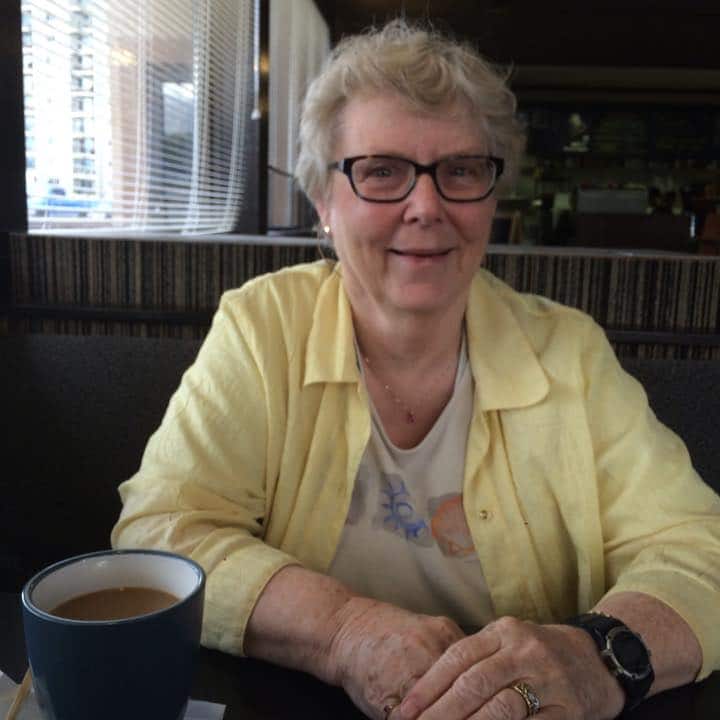 Wait your turn!   It’s second nature at the bank drive-thru, the gas station, the ski lift, the doctor’s office. And a mixed blessing. Some people, like me, really hate waiting in line and have to take deep breaths and make a concerted effort to entertain ourselves.  In contrast, the people in line at Starbucks the other day seemed perfectly happy, absorbed with their cellphones and tablets.

So, different waits, different strategies, different challenges. If you’re standing in a line, you know it’s your turn when the person in front of you is done.

But what about waiting your turn to talk?  There’s no line and it’s hard to know when the speaker is done, really done. How do you know when it could be your turn next?  In those cases, the virtual waiting “lines” are fuzzy. We are challenged to be patient, observant and polite; to hang on to our train of thought, and to pipe up at the right moment—that millisecond when the floor is up for grabs.

And that’s for people with normal(ish) hearing. Those of us who don’t hear too well find it harder to parse the subtle cues, the pauses, and the whispers that signal an opening to speak.

A houseful of HoHs

Hypothetically, what if you had six hard-of-hearing people in a room?  How would turn-taking work?  Well, it gets really crazy, really fast. Nobody knows exactly when to start talking, how not to interrupt, how to control the volume, or how to keep a side conversation from starting up (which makes it much harder to hear anything else.)

You’ve probably already guessed that this is not a hypothetical situation.   But why would anybody  in their right mind volunteer for it, let alone fly across the country to participate?.  What were we thinking?  Oh, right;  it was Dad’s 90th birthday.

Dad wears a cochlear implant and is deaf in his other ear. He started losing his hearing in his 40’s, so my siblings and I learned how to talk loudly at a very young age. Cranking the volume worked okay until his second wife, Mary, developed hyperacusis (ultra-sensitive hearing). Loud sounds are actually painful for her and she has a very, very, low startle threshold; she winces when someone slams a cabinet, when I cackle, or at pretty much any unexpected noise.

The four daughters are all hard-of-hearing, ranging from mild to severe, and none of us can have a conversation with more than one person talking at the same time.  Fuggedaboudit.  Niece Kristin, 28, has perfect hearing and tries hard to navigate all off this. She does a very good job but it’s an effort for her, too.

A few hours before everyone is due to arrive, Mary holds an informal pow-wow with a couple of us in the kitchen, and makes a radical proposal.  “Do you think we could all try, when everyone gets here, to talk one person at a time?”

Like…take turns?  What a bizarre concept!  We have never attempted this before, but are intrigued by the possibility of all of us keeping track of the conversation, even with seven people present.  So, when the final three arrive, we put the proposal forth. Unanimous!  All that remained was to see if we could actually pull it off.

And not only on the playground.  We managed, over cocktails, dinner and coffee, to have a shared conversation, one speaker at a time, with a few negligible infractions. It may not sound like a super-big deal, but it was and we were proud of ourselves afterward.

Be patient. You have to wait longer than usual to start talking, to make sure the current speaker has finished. (Warning – your train of thought might jump the tracks.)

Raise your hand. If you walk into the room and want to announce, for example, that dinner is ready, you have to stand there like a first-grader, with hand raised, waiting for others to notice you, stop talking, and look at you to find out what you want to say. This seems clunky, but it works well, especially in a small group of people who are getting hungry.

The conversation volume feedback-loop doesn’t get going. That’s when more than one person is talking at the same time, and the volume spikes, as multiple speakers struggle to be heard.

These observations may seem embarrassingly obvious, but taking turns talking is not usually part of an adult group conversation, especially as a stated, shared goal at the outset. We really didn’t know quite what to expect.

The best part is that we were all much more relaxed at the end of the evening.  We might have missed a few comments, jokes, and asides, but almost everything that was said was heard.  For the first time.  Ever. 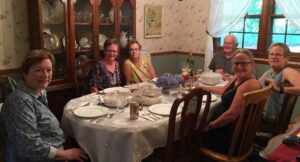 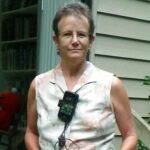 Kathi Mestayer writes for Hearing Health Magazine, Be Hear Now on BeaconReader.com, and serves on the Board of the Virginia Department for the Deaf and Hard-of-Hearing.  In this photo she is using her iPhone with a neckloop, audio jack, and t-coils which connects her to FaceTime, VoiceOver, turn-by-turn navigation, stereo music and movies, and output from third party apps, including games, audiobooks, and educational programs.