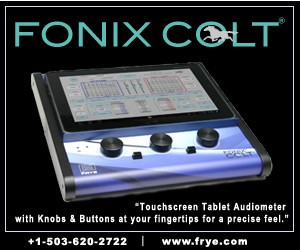 There has been discussion about how much screen time is reasonable for children. When my children were growing up it was less of a problem. The only “screen” was the TV and somehow, even then, I knew that we had to limit time. They were allowed one hour a day. When they were little it was only Sesame Street. As they got older they got to choose what to watch in their hour. My son was very sneaky. He would lie on the floor in the dining room near the entry to the living room where the TV was and pretend to do homework while my daughter watched her hour of TV.

Things are more complicated now. There are so many hand held devices that we all depend on and use constantly. There are two issues which cause problems for all children and especially for children with hearing loss and other language issues. First, adults caring for children seem to spend less time talking with the child and more time on devices.

As I walk down the street I almost never see adults talking with children in strollers – they are either talking or texting on their devices. So the first problem is significantly less language input. VERY BAD!!!

The second problem is time the children spend personally connected to devices. We have all seen little ones in strollers watching something on an iPhone or iPad. Again, this means that on one is talking with them. But there is an additional problem. A study by the Hospital For Sick Children in Toronto reported that at the 18 month well baby checkup parents reported that the children had a daily average handheld device use of 28 minutes. The researchers used a screening tool for language delay and reported that for each 30 minute increase in handheld screen time translated into a 49% increased risk of expressive speech delay.

In a study by the American Speech-Language-Hearing Association reported that Audiologists and speech-language pathologists were concerned about screen time and it effect of reduced opportunities for social interaction, delayed speech or language development, and academic problems. Only 3 % of professionals surveyed had no concern about screen time.

The American Academy of Pediatrics recommends that screen time be discouraged for children less than 18 months. I would say that is a minimum recommendations. We should be spending as much time as possible talking with our children. I do understand that watching a video is a great babysitting tool. We can be sure where the children are and that they are safe while we do what we need to do. But we need to figure out a way to reduce screen time and increase face to face time. We need to absolutely have limits. I absolutely believe that we should have almost no screen time below age two and then limit it to no more than one hour with the rest of the child’s life having face to face communication.