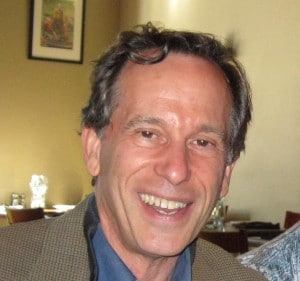 As the end of 2008 approached, HearUSA, Inc.,  needed to sell assets to make its payables because–according to insiders–“everybody” (i.e., suppliers) was sending letters threatening Chapter 11 proceedings against HearUSA.   The stock tanked after October of that year, as the chart shows.  Trade payables to Siemens alone amounted to about $10 million.  Predictably, HearUSA came up with a bold plan:  it would borrow the money from Siemens to pay off the other hearing aid companies, but not pay Siemens.   Cool plan, but why would Siemens go for that?

Wow, when you’re talking numbers like that,  when does “not much” become too much?  In this case, maybe on December 28, 2008, when Siemens and HearUSA “amended” their agreement after HearUSA failed to make a $7.2 million loan repayment due the previous week.  So long as HearUSA agreed to sell Siemens instruments at least 90% of the time, the amendments eliminated the payables and the overdue loan repayment by:

1) consolidating them into a $50 million revolving line of credit that could be repaid using earned rebates from Siemens instruments sold, and

So there you see the beginning of the end of this long and increasingly boring story:  against its reported will, Siemens became a retail owner.

But what else could be done?  By now, HearUSA’s outstanding debt to Siemens was running $47.4 million, not counting all those payable that got amended away in the new agreement.  Naturally, HearUSA was ecstatic, gleefully releasing a PR statement that

Siemens may have played the role of Gentle Giant but perhaps it nudged HearUSA toward divestiture instead of acquisition, at least in the short run.  Four months after Siemens entered the board room, HearUSA sold all its HearUSA Canada operations in Ontario{{1}}[[1]]Officially, assets of the indirect wholly owned subsidiaries Helix Hearing care of America Corp. and stock of 3371727 Canada Inc.[[1]] on April 27, 2009. Just to confuse everyone, all assets were sold to Helix Hearing Inc.–“an unrelated company.”  Whatever.

The offices sold for about $23.7 million USD, netting HearUSA about $20 million cash after settling liabilities, taxes, and transaction and closing costs.  Once again, HearUSA could have used this money to pay down debt.  In fact HearUSA itself observed a debt obligation to “…use approximately 50% of these proceeds to pay down debt to Siemens pursuant to the Credit Agreement.” {{2}}[[2]]HearUSA Form 10-Q, filed 5/12/2009, p 26[[2]]But — and there’s always a But with HearUSA — that did not end up happening and the SEC report seems to anticipate that result:

Some of that verbiage may be standard precautionary boilerplate, but they knew they were skating on thin ice.  The bottom line is that HearUSA didn’t share the results of the Canadian sale with Siemens.  Instead, the money went the ways of all money at HearUSA –to the top and toward those storied future acquisitions always hovering on the horizon.

Which gets us back, as always, to Dr Brown.  2008 was the year Siemens assumed an ownership interest and, perhaps coincidentally, the year that Dr Brown–now “Chairman Emeritus”– retired.  It was a golden goodbye as he cashed out approximately $720,000 in accrued compensation and $91,000 in non-cash stock based compensation, though he remained a major stock holder.  Perhaps that was one of the “aggressive cost containment” measures to which the aforementioned SEC report alluded.

Stay tuned for the next few weeks as HearUSA enters the Promise Land of AARP and the Gentle Giant wakes and roars.