Call of the Wild — Who Serves Patients in Remote Areas? 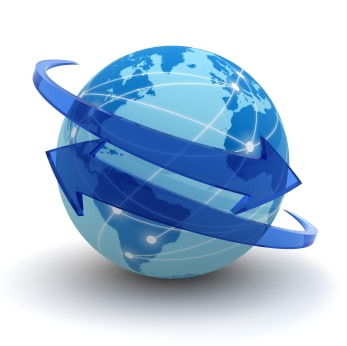 Today’s post comes from Guest Editor Ryan Kalef, an Audiologist practicing in the Greater Vancouver area of BC (see his bio at the end of this post). It describes the economic conundrum of providing services in scarcely populated areas in Canada and Government policy innovations put in place in one province, but not another.   The post should interest  many readers, not just Canadians.  That’s because Audiologists are an Economic Scarce Resource in any number of geographic locations all over the world for a variety of reasons–daunting geography, bad weather, undesirable socioeconomic conditions,  tiny populations, etc.  Even with substantial incentives, it is extremely difficult to attract top people to such locales, much less keep them there.   See David Kirkwood’s Hearing News for an entrepreneurial approach in the US.

In the province of British Columbia there has been some recent debate over regulations that would allow Hearing Instrument Practitioners (HIPs) who are not also Audiologists to provide services for children. At the center of this issue, however, arises the greater issue of the need for flexible regulation depending on the rural or urban nature of the community.

For example, in the city of Vancouver, there are many audiologists in public practice who can provide services for children.  Audiologists in private practice can also equip themselves to do the same. In a rural community, however, there may be only an HIP with the closest audiologist either a lengthy drive or flight away. It makes sense that in such a situation the HIP should be able to provide service to children in the community, and provisions should be made for adequate training and support.

A similar issue exists in the rural communities of Quebec. In the province of Quebec, a clinician can be either an Audiologist or an HIP but not both. Thus the audiologist cannot dispense hearing aids. This system may have some utility in urban centres, but in the rural regions of Quebec’s north where there are many fly in and fly out communities, a hearing aid candidate requires visits from two professionals to assess, treat and follow up with their hearing needs. In some of these areas it may take a number of months to see one professional, let alone the multiple visits it may take with two professionals to effectively fit and follow with a set of hearing aids.

These are just two examples to highlight the importance of regulations that address the issues of both rural and urban communities. How do you think regulations could be better amended to suit the needs of your unique community?

Ryan Kalef holds an Msc in Audiology degree from UBC as well as a Bsc in Integrated Sciences (Physics and Psychology) also from UBC.  He  recently was  the conference co-chair for the 2012 BCASLPA conference in Richmond, BC and will be representing BCASLPA as the private practice audiology representative for the upcoming year. Ryan enjoys the active lifestyle Vancouver has to offer including the many scenic hikes, golf courses, and ski hills in the surrounding area. And, oh yes, a healthy interest in economics.