Coffee — The Other Dark Drink Preference of Hearing Health Professionals 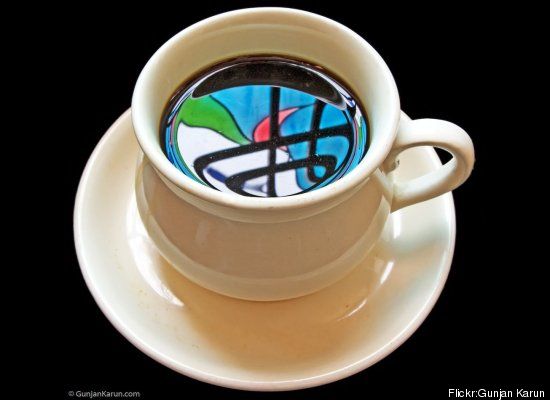 You can buy this t-shirt at daily fix

A principal joy of blogging is that one can write about one’s interests, or in the case of this post, what keeps one upright and moving forward. By “one” I mean this editor and what keeps this editor going is the psychostimulant Coffee.

Lloyds of London started out in a coffee shop, so there’s the first Economic connection.  The tie-in to Audiology and Economics is straightforward — I couldn’t do either without Coffee and this post is out to prove that you probably can’t either and that’s a good thing.  Supporting proof

will come from a variety of sources, including Art; Demographics; Events; Emotional Testimonials;  Technological Advances; Tables; scattered Scientific Data; Health Benefits and Adverse Effects; and the information found on coffee cups.  Grab an appropriately-labeled cup and read on!

The fantastic video The Greatest Addiction Ever tells you everything you need to know about how, where, and why coffee came to be so “awesome.” People drink coffee all over the world, more so in Developed Nations (except UK and Ireland).  The “dose” of coffee by the cup is shown in Table 1.

International Coffee Day is September 29th but the UK gives it up for a whole week per year to celebrate and they’re doing it right now{{1}}[[1]]UK National Coffee Week, April 23-29, 2012[[1]]. That says a lot when you consider that the UK is one of only two Developed Nations where tea consumption beats out coffee.  The UK minority loves its coffee.  Last month the Tea & Coffee World Cup Exhibitions & Symposiums convened in Vienna.

Developed Nations consume 71% of all caffeine, which naturally leads to the Hypothesis (H1) that Coffee is an essential component powering technological advance, if for no other reason than it keeps people awake long enough to get to work and get the job done.  Forty-three percent of coffee drinking workers report lower productivity when they don’t consume coffee at work; one-third of them say they can’t even get through the workday without it.

Here’s a video and pictures of a great new invention to speed that concept along.  Further support for the Technology Hypothesis of Coffee may be found in the aforementioned Greatest Addiction video, which hypothesizes (H2) that the Age of Enlightenment came about as the result of the introduction of coffee to Europe. Some have even modeled an endless and highly productive cycle to explain the coffee/productivity phenomenon in today’s society.

For empirical data, we have only to turn to Mr. Coffee, a 1972 multi-million dollar technological breakthrough that is still going strong.  Thirty years after its debut, Mr. Coffee was dubbed one of the “most important home products of the last 75 years.”  This is an Economics Blog, so it’s a good time to introduce the economic term “complementary goods.” Coffee and Mr. Coffee are complementary goods because the more you have of one, the more you’re going to buy of the other.  Hearing aids and batteries are another example of complementary goods.

Here’s another example of coffee-driven technological progress.  Soldiers need to stay awake to stay alive, but it’s hard to carry a coffee cup on the battle field without spilling it.  This conundrum was addressed by US Army scientists who created beef jerky sticks with as much caffeine as a cup of coffee to “give even the sleepiest soldier that up-and-at-’em boost.”

Coffee is a proven morale booster, but the productivity dose is profession-dependent.  Health workers drink the most.  Here are the top professions for coffee consumption, ranked by dependency:

Audiologists were not surveyed in the study, but they probably rank right up there with nurses.

Caffeine stimulates the central nervous system.  According to researchers, it does this in a roundabout manner, stimulating excitatory neurotransmitters  indirectly by acting as an antagonist of inhibitory neurotransmitter receptors.  If you want to get all chemical about it,  “Caffeine is a natural alkaloid found in plants, exactly 1,3,7-trimethylxanthine.”{{2}}[[2]]Favrod-Coune T & Broers B. The Health Effect of Psychostimulants: A Literature Review. Pharmaceuticals 2010, 3, 2333-2361; doi:10.3390/ph3072333[[2]] Eighty percent of caffeine is consumed in the form of coffee.  You can also get caffeinated breakfast flakes and the aforementioned caffeinated jerky.

I drink coffee when I’m happy and when I’m sad.  Sometimes I drink it when I’m alone.  When I have company I consider it obligatory.  I trifle with it if I’m not hungry and I drink it when I am.  Otherwise, I never touch it – unless I’m thirsty (revision of Madame Bollinger’s champagne riff).

” I cannot start functioning without a minimum of two double espressos.” Joe Quesada, creator of The Incredible Hulk at Marvel Entertainment.  Recall that the Hulk is part of a super-soldier experimental program, which may or may not have included caffeinated jerky snacks.

David Lynch, multi-talented director of creepy films like Blue Velvet, loves coffee so much that he became a coffee distributor. (Since this is a Hearing Blog, it deserves mention that Blue Velvet begins with the discovering of a severed human ear.)  The stimulative effect of coffee is apparent in this candid shot of Mr. Lynch.

Our own Gael Hannan loves coffee so much that she spent an entire post giving readers the perfect recipe for coffee.  We also have it on good authority that she attends worship in coffee shop shrines and occasionally imbibes so much that she throws hissy fits.

So much to say about Coffee. A week is not enough.  Hearing Health Matters! hereby extends Coffee Week for another week. Tune in for the Coffee Finale, covering Coffee Health, Art and Investment opportunities.