Danish Showdown: The Shot Heard Round the World?

Big Drama engulfs the Big 6 lately as top US management of hearing aid companies are forced out, either falling on their swords or doing the walk of shame for apparent lapses in corporate accountability  The dramas are cliffhangers, a plot ploy to keep us on the edge of our seats, excitedly waiting for a grand finale that resolves all the unknowns.  Somebody should write a play.

This is one patent war worth watching as ReSound and Oticon go to the mat over ownership of wireless technologies that will likely form the core of future hearing aid devices. (paraphrased from Hearing Mojo post)

As Shakespeare said, the play’s the thing.  In sneak previews in Denmark, court records and media are hailing it  “an extraordinarily big case,”  a “global legal showdown” of hearing aid giants.

In litigation filed first in Denmark and now in the US, Oticon claims that some GN ReSound products using wireless technologies (e.g., antennae technology), are infringing on two Oticon patents.  Devices in question run the gamut, including LinX.  Oticon wants its patents protected and has filed for injunction to block GN from putting products that use them on the market.

GN estimates an injunction in Denmark alone would hurt them to the tune of 100M (DKK) in market loss.   One Danish court verdict decided the patent was valid, that GN had infringed,  but ruled against Oticon’s request for injunction.  Further, it slapped Oticon with 3M (DKK) in costs and damages, payable to GN.  Both sides claimed limited victory in the long view of a protracted legal war:

“We firmly believe that we are not violating the patent and the Maritime and Commercial High Court is not a patent court.”

GN argues that Oticon’s position is too little, too late:

Consequently, GN’s position is one of  first-come-first-serve:

On August 14, the Danish High Court upheld the patent validity and infringement judgements but reversed the lower court’s injunction decision,thereby blocking GN from selling the products in question, at least in the interim. It also awarded 4M (DKK) to Oticon.

Oticon’s next move is to sue GN for damages pursuant to patent infringement and not just in Denmark.  To which GN’s counter is to minimize, trivialize, and bring its own lawsuit in a different court system{{1}}[[1]]Not discussed in this post, but interested readers can read about GN Resound vs Oticon A/S, before the US Patent Trial and Appeal Board, Case IPR2015-00103 regarding patent 8300863.[[1]] In the words of their CEO:

Oticon is “sort of wasting our time with this [technology that’s] back from the 40s.”

The US Play — The Curtain’s Still Rising 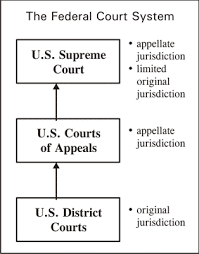