Are Hearables the Devices Formerly Known as Hearing Aids? 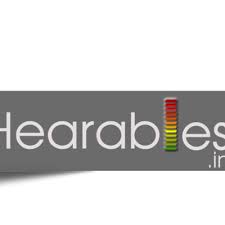 Current thinking on that last question brings up thoughts that were previously unthinkable–at least to most audiologists.  How could this have happened?

How Did It Ever Get to This?

CES Looked at the Ear and Found It Good

Back when Audiologists and others were heatedly arguing the merits and definitions of PSAPs versus hearing aids, electronic innovations were afoot in places unfamiliar to many clinicians, like the International Consumer Electronics Show.  There, in January 2014, Hearables burst forth as the “Game Changer.” High-resolution audio content and technologies were put forth as benefits to be enjoyed not only by audiophiles but by anyone with hearing loss or listening/understanding difficulties in near- and far-field situations in which background noise might interfere with speech intelligibility. (ital added.)

The shift from hearing aid to consumer electronic device was stated plainly in the coverage of the show, even though the name “hearable” had yet to be uttered:

“Any device, or combination of innovative devices and software that helps someone hear better would benefit consumers.”

In August 2014, a report by Nick Hunn2 seconded the CES motion and nominated ear-level smart wearables as the breakout technology. He predicted a global market of $50B globally by 2018 and named them “hearables.”

Meanwhile, Back at the PSAP Ranch

That same month saw publication of the Consumer Electronics Association’s (CEA) comprehensive survey report on PSAPs. The report reinforced the intuition of the January CES show, concluding that PSAPs were a viable, simple, cost-effective, and acceptable solution for many consumers. The report reached two important economic conclusions:

Fig 1. The market has spoken. Bring on the Hearables.

Thus, as 2014 wound down, the stage was set for Hearables to become a disruptive innovation, starting with PSAPs for the masses and jumping forward from there as fast as technological innovation allowed.  As one CEA reviewer saw it:

PSAPs are an important class of device for anyone who needs a hearing boost. … [likely to be sold everywhere, first online and then at retail outlets like Verizon and Apple Stores, and Walgreens and CVS. Audiologists will probably recommend them as well. Longer term, they herald yet another step towards bionics — improving human performance beyond its natural limitations. My hunch is that PSAPs are getting a toe-hold into a new market, and tomorrow they’ll disrupt the world of hearing aids as we know them. (itals added.)3

The Thrill of Bionic Hearables

The bionic angle excited the general media, which quickly jumped over PSAPs onto the Hearable bandwagon.  Soon after the January 2014 CES, NPR’s All Tech Considered blog was already anticipating and extolling the virtues of Hearable-assisted future social networking:

As you say her name, a little device in your ear picks it up. The device does a search, and microseconds later it feeds you the info it has found on the Web: the college she attended, her current company, that she has two kids and is an avid runner.

The same NPR article was one of the first to enumerate Hearable attributes which are now so familiar that they seem self-evident:

Where Will It All End?

Items 1-3 above are likely to leave Audiologists and manufacturers puzzled. Together, they form the core of good hearing aid design. Current BLE hearing aids achieve those goals and more. No doubt, premium hearing aids could and will monitor health and fitness without breaking a sweat. They will stream content if the manufacturers decide that’s a profitable road to travel. Hearing aids have the real estate and technology to do it all. But when and if they do, the devices formerly known as hearing aids will likely join the ranks of Hearables. When/if that happens, wholesale and retail suppliers will face formidable pricing and distribution challenges that we’ve only glimpsed with PSAPs.

Future posts will circle back to the economic conclusions of the PSAP study. Those conclusions forecast a fragmented distribution landscape for Hearables in which consumers’ strong preference for direct purchase at low cost forces audiologists and the Big 6 to consider changes, even as new suppliers of all sizes fight for market share.

Change could be good. If the Artist-formerly-known-as-Prince can resume recording after 18 years, there’s no reason to think that hearing aids-by-any-name and the audiologists-that-fit-them will disappear from the market. Like Prince, we just need to figure out a way to make it work. Economic analyses and measured thinking such as Harvey Abrams is doing in his monthly Peeling the Onion series can help us make it work in the end.

1If you doubt the street cred of MNN, consider that it was launched by one of the Rolling Stones and has CNN and Discovery Channel as equity partners, according to Wikipedia.

2Hunn made a draft of his report available to some in April 2014 in which the Hearable concept was named and described.