Three Important Perspectives on Why Many Adults Delay Care for Their Hearing Loss, part 1 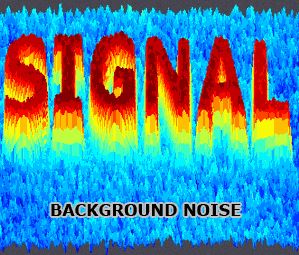 “Signal & Noise” is a bimonthly column by Brian Taylor, AuD.

I recently had the privilege of listening to a panel of distinguished executives from the leading hearing aid manufacturers and retailers. Aside from the pointless squabbling about who, among their competitors has a stake in corporate retail, and the irony that a female-dominated profession was represented by an all-male cast of characters; this group did have a thoughtful appreciation for the professional’s involvement in meeting the needs of adults with hearing loss.

Together, their expert opinions might be best labelled the biomedical perspective: They see the problem of the 5 to 10 year wait to seek services by 80% or more of adults with hearing loss as one that can be addressed with a better hearing aid predicated on multiple office visits with a hearing care professional.  In other words, build a better instrument or provide a more engaging office experience centered on that device and people with hearing loss will beat a path to your door.

It’s a credible, yet myopic view, and one that could be trumped by the inertia of changing consumer demands and looming government policy changes in the near future: Is a traditional hearing aid wrapped around several face-to-face appointments with a professional enough to meet the needs of the majority of healthy aging adults, many with “normal for my age” hearing loss living without help?

No doubt, the opinion of these eight business leaders is valuable and worthy of our respect; after all, the number of adults over the age of 65 – individuals most likely to use the devices they manufacture – will essentially double over the next 20 years. However, we have a professional obligation to look beyond the status quo and carefully analyze what other key stakeholders may believe about what lies ahead. Here are two alternative perspectives warranting our attention.

Although there appears to be consensus across healthcare disciplines on the long-term consequences of untreated hearing loss and the relatively poor uptake of hearing aids, opinions vary on the underlying causes of the long gap between first noticing hearing difficulties and receiving care for it. One opinion comes from the realms of public health. These are professionals – mainly nurses, epidemiologists, primary care physicians and policy officials – tasked with maintaining the long-term health and wellness of a large swath of the population in the most cost-efficient manner possible.

Toward that end, on January 21, the Journal of the American Medical Association (JAMA) published a short opinion piece, co-authored by public health officials (and members of the now well-known PCAST committee). In the article, Christine Cassel, Ed Penhoet and Robert Saunders outline the consequences of untreated age-related hearing loss and barriers to wider patient uptake of hearing aids. The same article appeared in the February 9th print issue of the JAMA. Considering that the practice of medicine in the US is moving toward a population-based model in which physicians are incentivized to keep large pools of patients healthy, these opinions deserve our attention.

In the two-page article, likely read by thousands physicians and healthcare providers immersed in this changing healthcare system, the authors echoed the sentiments of the PCAST committee by stating:

“that cost is the major impediment to seeking and obtaining care for hearing loss, especially because many people would have to pay the full cost out of pocket due to lack of insurance coverage, and many live on fixed incomes. The average price for a hearing aid is $2400, and most people need two.”  and

“unlike other technologies in the consumer and medical electronics arena, advances in electronics have not reduced the price charged to consumers.”

Even more recently, public health expert, otolaryngologist Frank Lin, during a presentation at the American Association for the Advancement of Science’s (AAAS) annual meeting said, “Treating hearing loss could potentially help reduce the risk of cognitive decline and dementia, but hearing aids are out of reach for the vast number of Americans.”

Clearly, public health officials see cost as the primary barrier to increased assess. If cost is the number one concern of the public health perspective, how does the clinician, who now often spends several hours counseling the first time hearing aid user, factor into the equation when individuals might, in the near future, be able to buy their devices off-the-shelf without professional involvement?

Since the PCAST recommendations were published in the autumn of 2015, industry experts have weighed in on the causes of the long wait between awareness of hearing loss and the seeking of professional help. According to many of these thought leaders, cost is a small part of the poor uptake equation, and is overstated by PCAST.

In a January 15 Hearing Review post, audiologist, Dave Smirga, challenged the PCAST findings on cost prohibitions.  According to analysis, Norway and the UK, where hearing aids are offered for free to those who could benefit from them, the adoption rates are 42.5% and 41.5%, respectively. Further, Smirga presented data from a 2012 report indicating hearing aid ownership in industrialized countries as a percentage of population ranged between 1.5% in Japan and 4.2% in Germany with the ownership rate in the United States at 2.8%. Considering these hearing aid market penetration statistics, there is more to the unmet need equation than cost.

Which brings us to the third perspective, The Psychosocial Perspective, to be addressed in part 2.