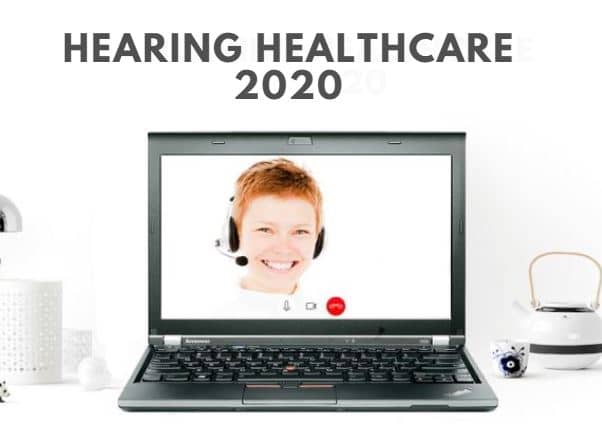 As we can tell from the writings of McCabe (1958), Huxtable (2011) and others, Beethoven had significant tinnitus, reduced word recognition and, by his own writings reduced sensitivity to high frequency sounds. Those that have studied Beethoven’s letters, buzzing noises and other sounds started at around 1796 at age 26. The deafness began in 1798 and Beethoven had lost 60% of his hearing by 1801 at age 31.

At 46 in 1816 he was completely deaf. The supposition is that he was able to hear most of his life and, therefore, could recognize tones and especially dissonances simply by the written musical notes. In fact, some, at the time, speculated that one reason for his brilliant compositions was that he didn’t hear and this enabled him to construct symphonies without the distraction of hearing other composer’s work. Awesome Stories (2011) indicates that to cope with his growing deafness, Beethoven began writing symphonies. At breakneck speed, he worked on several projects at once. “I live entirely in my music,” he said. “At my current rate, I’m often composing three or four more works at the same time.”

In his later years, when the deafness affected his ability to compose properly, Beethoven sawed the legs off his piano, and used the floor as a sounding board. Lying with his ear to the wooden floor, and hitting the piano notes at various volumes to gauge if the volume fitted with the music he could hear in his head.

The “Cures” for Beethoven’s Deafness

Beethoven made numerous attempts to cure his deafness as to a composer and musician it was devastating. Beethoven had been advised by his doctors for his deafness and for his “entrails”. Hicks (2011) summarizes his attempts to a cure by citing one of his letters to an old friend:

“The cause of this must be the condition of my belly which as you know has always been wretched and has been getting worse, since I am always troubled with diarrhea, which causes extraordinary weakness. Frank wanted to tone up my body by tonic medicines and restore my hearing with almond oil, but prosit, nothing happened, my hearing grew worse and worse, my bowels remained as they had been. This lasted until the autumn of last year and I was often in despair. Then came a medical ass who advised me to take cold baths for my health; A more sensible one advised the usual lukewarm Danube bath. That worked wonders, my belly improved, but my deafness remained and became even worse. This last winter I was really miserable, since I had frightful attacks of colic and again fell back into my previous condition. Thus, I remained until about four weeks ago, when I went to Vering, thinking that my condition demanded a surgeon, and besides I had great confidence in him. He succeeded almost wholly in stopping the awful diarrhea. He prescribed the lukewarm Danube bath, into which each time I had to pour a little bottle of strengthening stuff. He gave me no medicine of any kind until about four days ago when he prescribed pills for my stomach and a kind of herb for my ear. Since then I can say I am feeling stronger and better, except that my ears sing and buzz constantly, day and night.”

Just a few weeks ago marked 184 years since his death, March 27, 1827 and it is thought that Beethoven himself requested an autopsy to determine why he had gone deaf. Although the original autopsy report was destroyed, a copy of the original medical conclusions of Dr. Johann Wagner remains. His conclusions were that:

“The auditory nerves were shrunken and indistinguishable; the auditory arteries that paralleled them were thickened and cartilaginous as though stretched over a raven’s quill. The left, much thinner, auditory nerve originated in three very thin grey fibrils and the right nerve in a single thicker pure white strand, both arising from the substance of the fourth ventricle, which in this area was of a firmer consistency and more vascular. The convolutions of the brain, ordinarily much softer and more oedematous, here appeared twice as deep and more numerous (more spacious) than usual. The cranial vault was of a great thickness throughout and approximately one-half inch thick.”

Even allowing for the 19th century, it didn’t really say too much, thus leaving musicians, physicians, audiologists (of course) and researchers a mystery to examine in detail for years to come. A hundred years later there were still questions as to the cause of the hearing loss and Hicks (2011) discusses another examination of the evidence surrounding Beethoven’s deafness at the Conference of the French Academy of Sciences 9-23, 1928. The evidence examined by Dr. Marage’s group lead to his theory of labyrinthitis: “… When deafness begins with high sounds, and overall when they are preceded by buzzing noises, whistling noises and an exaggerated sensitivity to the screaming voice, it is due to an internal lesion, that is to say that there is a problem with the ear labyrinth and the cerebral centers, from where emerge the branches of the acoustic nerve.

Cited by Awesome Stories (2011), the Royal college of Surgeons (2006) took another look at the autopsy and some of Beethoven’s hair and concluded the following:

…The autopsy data indicate that Beethoven had cirrhosis of the liver; and probably also renal papillary necrosis, pancreatitis and possibly diabetes mellitus. His lifestyle for at least the final decade of his life indicated that he overindulged in alcohol in the form of wine. Alcohol was by far the most common cause of cirrhosis at that period. Toxicological analysis of his hair [recently conducted] showed that the level of lead was elevated. During the eighteenth and early nineteenth centuries, lead was added illegally to inexpensive wines to sweeten and refresh them. These findings strongly suggest that liver failure secondary to alcoholic cirrhosis, associated with terminal spontaneous bacterial peritonitis, was the cause of death. This was complicated in the end stages by renal failure. If the presence of endogenous lead was verified by analysis of Beethoven’s skeletal remains, it would suggest that the lead was derived from wine that he drank. Lead poisoning may account for some of his end-of-life symptoms. There is little clinical or autopsy evidence that Beethoven suffered from syphilis.

Huxtable (2011) sums up the medical evidence suggesting that the cause of Beethoven’s deafness is essentially unknown. …” as is the case with many instances of deafness today. Lack of knowledge has not prevented the growth of an extensive literature in which various causes of Beethoven’s condition have been advanced with varying degrees of certitude. Putative diagnoses have ranged from syphilis, otosclerosis, neuronal atrophy, proliferative meningitis, labyrinthitis, chronic adhesive middle ear catarrh, Paget’s disease of bone, otitis media, neuritis acoustica, and hyperparathyroidism. On autopsy, his Eustachian tube was narrowed and the auditory nerves were atrophied. The latter finding confirms that he had nerve deafness, but does not indicate what caused it. Although the arteries to the ear were narrowed, vascular insufficiency would have produced middle ear deafness rather than nerve deafness (high tone loss).

Whatever the etiology of Beethoven’s hearing loss, he would have been an extremely challenging patient. Imagine him walking into your clinic today, tinnitus, known hypocusis, high frequency hearing loss all which we can treat today. The real compounding factors would be that he is a very successful musician and no matter how fantastic the technology, treatment program, or what part of the world he would obtain treatment, he would never be satisfied. It same around the world, Musicians and Engineers respond to a different beat and still are among the toughest clinical patients.

Awesome Stories, (2011). Autopsy report passage, quoted in Beethoven as I Knew Him, by Anton Schindler, edited by Donald W. MacArdle, page 327. Retrieved from the World Wide Web May 6, 2011: http://www.awesomestories.com/assets/beethoven-autopsy-report.

Hicks, M. (2011). Biography of Ludvig von Beethoven: an extract from a letter from Beethoven to Franz Gerhard Wegeler, dated 29 June 1801Retrieved from the World Wide Web May 6, 2011: http://www.lvbeethoven.com/Bio/BiographyDeafness.html