Great Britain.  To that end, it is necessary to review the life and medical history of George III, and how this could could have unfolded.

Known as the the “Mad King ,” George III was born as George William Frederick on June 4, 1738 in London.  He was educated alongside his brother Edward by private tutors and could write in both English and German by the age of eight. His father was heir to the throne, but died from a lung injury in 1751, making George next in line as the Prince of Wales.  He succeeded his grandfather, George II, in 1760.

The new king married  Charlotte of Mecklinburg-Strelitz in 1761. The couple produced 15 children: nine sons and six daughters. George III ruled for nearly 60 years until his death in 1820, making him one of the longest serving British sovereigns. He is widely remembered for losing the American colonies, though responsibility for that belonged more to  Parliament and the Prime Minister. George III opposed the bid for independence to the end, but he did not develop the policies that led to war in 1775-76.

In his early years on the throne, George had some great achievements. He started a new royal collection of books which was open to scholars, and in 1768, founded the Royal Academy of Arts.  He was also the first European monarch to systemically study science

. In fact, the planet Uranus was originally named for George because of his love and support of science.   The planet was named by the English astronomer William Herschel, a beneficiary of the King’s generosity to the sciences, who discovered the planet in 1781 during a telescopic survey of the zodiac.

During the reign of George III, Britain achieved dominance over the oceans, defeated the French Emperor Napoleonic, and expanded its empire to a level similar to a superpower.

Yet, despite his achievements, the reign of George III is best remembered for the humiliating loss of the American colonies and his well-documented bouts of madness. While on the throne, the king had ﬁve major episodes of a long illness in which physical abnormalities were associated with profound mental derangement. The best-documented episode lasted from October, 1788, to February, 1789, 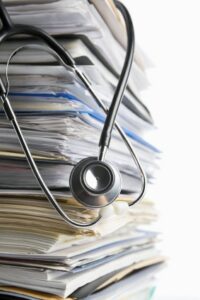 when the king 50 years of age; this illness occasioned the constitutional review known as the Regency crisis, challenging the King’s competency.  His periods of mental incapacity were originally thought to be due to psychiatric illness. But a detailed psychiatric review of his medical records conducted from 1966-69 by Macalpine and Hunter concluded that he had suffered the physical manifestations of acute attacks of porphyria starting in about 1765.  Porphyria,  a severe metabolic disturbance caused by genetic defects of haem biosynthesis, was also thought to have affected George’s relatives, Mary Queen of Scots and Charles I.  This conclusion became well accepted by physicians and historians alike and was believed by most to be the cause of George’s malady.

records by Peters and Wilkinson (2012) has shown that Macalpine and Hunter were highly selective in their reporting and interpretation of the signs and symptoms reported in these records.  Thus,  the diagnosis of the acute porphyria cannot be sustained by contemporary knowledge and assessment, and the Macalpine and Hunter data are now thought to have been exaggerated to suggest porphyria.  Contemporary investigations of medical records indicate that more likely causes of George’s “Madness” are arsenic poisoning and bipolar disorder. Several

attacks strained his grip on reality and debilitated him, particularly in the last years of his reign. Control was handed to his son George, the Prince Regent, in 1811.  George III died blind, deaf, and mad at Windsor Castle on 29 January 1820 after a reign of almost 60 years.

Enter George IV……as Regent from 1811 until the Death of George III……Next week we will take a look at George the younger and see if, directly or indirectly, the Deafness of George III had anything to do with the War of 1812.