The Drive of Miss Daisy 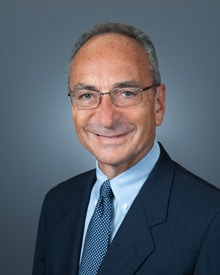 The scouting movement began in England in 1907, based on the ideas of its founder, Sir Robert S. S. Baden-Powell, and his book Scouting for Boys. That book is a rewrite of his earlier military books Reconnaissance and Scouting (1884) and Aids to Scouting for NCOs and Men (1899),  which are fundamentally military manual which the British Army used to train scouts. His writing was also a compendium of his experience with the Mafeking Cadet Corps during the Second Boer War at the Siege of Mafeking, and on his experimental camp on Brownsea Island, England.

Chapters in the 1908 Scouting for Boys included Scoutcraft, Tracking, Woodcraft, Camp Life, Campaigning, Endurance and Chivalry, Saving Life and Patriotism,  and Notes for Instructors, Scouting Games, Practices and Displays.  Most chapters start with hints to instructors and all chapters contain appealing campfire yarns, games and activities, as well as recommendations for books to read. The book and program had universal appeal for boys, and  Scouting quickly spread around the world until it became what it is now—the largest voluntary youth movement in the world, with a membership of more than 25 million.

Juliette Magill Kinzie Gordon was born on October 31, 1860. She received the nickname “Daisy” from her uncle, who stated that “she’s going to be a Daisy!”  Gordon’s mother’s family came

from Chicago. Her father, William Washington Gordon II, was a Confederate captain in the American Civil War and a brigadier general in the United States Army during the Spanish-American War.

With her mother and her sisters Eleanor and Alice, Daisy Gordon fled to Chicago during the Civil War to escape the war-torn South, but then returned to Savannah, Georgia at age 5.  While in Chicago, she contacted what was called “Brain Fever” in Victorian times, and is now thought to be meningitis or another disorder with a very high fever. The disease severely damaged her hearing.

Brought up as a debutante, Daisy attended some of the country’s finest boarding schools before graduating from Mesdemoselles Charbonniers French Finishing School in New York City.  She was well-known for her vibrant sense of humor and her artistic abilities; she wrote poems, acted in plays, drew, painted, and sculpted.  In addition to catching a ‘brain fever’, she also suffered ear infections for many years.  While she was in her early twenties, a particularly severe and poorly treated infection caused her to lose more of her hearing. In 1886, Daisy married William Mackay “Willy” Low, a British heir.  At the wedding, a grain of good-luck rice got lodged in Juliette’s good ear.  The doctor who removed it punctured her eardrum, rendering her completely deaf in that ear. For the rest of her life, Daisy experienced increasing deafness.

moved to his estate in England.  He was away much of the time and drank a lot, so Juliette proceeded to travel.  She divided her time among Scotland, England, and America.  For most of their 19-year marriage, the Lows resided in Willy’s native Great Britain. Although they went to many social events together, the union became unhappy due to Willy’s drinking and philandering. They were in the process of divorce when William Mackay Low died suddenly of paralysis in 1905. He left the bulk of his estate to his mistress.

Daisy, feeling dejected, spent the next several years globetrotting through Europe and India.

She was living in Scotland when she met Sir Robert Baden-Powell and his sister Agnes at a party in 1911. She entertained Sir Robert with stories of travel and they shared a love of sculpting.   After meeting the hero of the Boer War, Daisy Low wrote in her diary, “He believes that I might make more of my life and he has ideas which, if I follow them, a more useful sphere of work might open up before me in the future.”

His influence channeled her indefatigable energy into her life’s great work, the Girl Scouts of the USA and the World Association of Girl Guides and Girl Scouts.  Juliette loved working with children to help them become leaders.  She started a troop for poor girls in Scotland, and then two more troops in London.  In 1912, she moved back to America and immediately started a group of Girl Guides in Savannah.  In 1913, the name of her group was changed to the “Girl Scouts of America.”  It took off like wildfire, and in 1915 the organization was incorporated.

Baden-Powell, his wife, Olave, and Daisy were lifelong

friends and united in their commitment to the worldwide scouting movement. Daisy put everything she could into the organization, even going without electricity at one time so she could pump more of her money into the Girl Scouts. Although she joked about her deafness and refused to curtail her activities because of it, her disability was a source of frustration and contributed to bouts of melancholia and depression, which became more frequent as she aged.

From the original 18 girls, Girl Scouting has grown to 3.7 million members. It is the largest educational organization for girls in the world and has involved more than 50 million girls, women, and men. Daisy made sure that all girls were welcomed, even those with disabilities. She wanted all girls to experience going out of doors and appreciating nature and animals in the passionate way that she did. She wanted young women to prepare for homemaking and/or professional o

ccupations, and to develop the confidence to undertake whatever they wanted to do.   Juliette Gordon Low (Miss Daisy) served as the president of the Girl Scouts until 1920, when she was granted the title of Founder.  Somewhere around 1923 she contracted breast cancer which progressed until her death in 1927.

In 1948 she became one of the first women, and one of the few deaf citizens, to be honored on a U.S. postage stamp. She has been inducted into the Women’s Hall of Fame and had schools, a ship, and a federal building named after her.

Through her courage and dedicati0n, she has changed the lives of millions of young women for five generations.  It is a testament to her will power and resolve that she did not let her deafness define her; rather she took it in stride as part of her life and went on to make history.

Global Girl Scouting continues Miss Daisy’s vision, to promote goodwill and friendship among the world’s children, leading them, in turn, to work toward world peace. “Girl Scouting and Girl Guiding,” she said, “can be the magic thread which links the youth of the world together.”