The Flight of the Vin Fiz: Part I 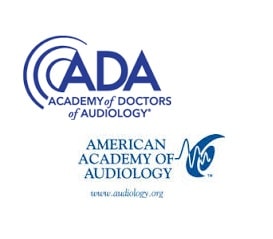 The story of the Vin Fiz begins with the birth of Calbraith Perry Rodgers on January 1, 1879 in Pittsburgh, Pennsylvania, USA.  He was a

descendent of famous US military heroes and celebrities that also bore the names of “Perry” and “Rodgers” throughout late 18th and 19th century American history.  Oliver Hazard Perry, Rodgers’ maternal great-grandfather, won a crucial victory over the British Naval fleet on Lake Erie in the War of 1812 when he refused to abandon his ship until it was completely spent, only to move on to another vessel and resume fighting. Matthew

Calbraith Perry, Rodgers’ great-great uncle, was also adventurous but more of a diplomat. Many contribute the trade between Japan and America strictly to Mathew Calbraith’s tenacious and unwavering persistence. Moreover, Commodore John Rodgers, Rodgers’ paternal grandfather, was also described as being fearless, decisive, and willing to assume all responsibility in

combat situations leading him to quickly climb the Navy hierarchy and become commander of the Navy vessel Constellation.

As was the family tradition, his parents, Calbraith Perry Rodgers and Maria Wightman Rodgers were a military family.  Cal Perry (senior) was a Captain in the US Army fighting the Indian wars in the American West. Young Cal’s birth was bittersweet for Maria Perry as his father was tragically stricken by lightening and had passed away just 5 months earlier on leave from the Army on his way home to visit his family.   Clark (2010) presents that young Cal’s early years were marked by his pleasant disposition and interest in all things

mechanical. At age six, however, the boy was struck with an intense episode of scarlet fever, leaving him “almost completely deaf in one ear and half deaf in the other”. Of course, in the 1880s there were no devices or programs to instill academics in the hearing impaired and young Calbraith was driven more toward physical activities and, as could be expected, did not do very well in academics.  Despite the adventurous nature of the Perry-Rodgers family tree, the family displayed a deeply rooted religious background Cal was raised in a formal Presbyterian household, which eventually led to his stay at an upstanding preparatory school, Mercersburg Academy in Cumberland Valley. Involved in seemingly everything but the classroom, Rodgers enjoyed participating in football and a number of other clubs. Rodgers benefited from his time at Mercersburg, but after graduation he embarked on a search to fuel his inherited thrill-

seeking personality.  Without the hearing loss there is no doubt that he would have served have probably served in the US Navy along with his cousin, John Rodgers, who had just joined up.  Instead, he moved to New York and became part of the New York Yacht Club, sailing not as a yacht owner, but as a crewman on many Yachts in the area and meeting his wife, Mabel Avis Graves in the process.  He was known around the Yacht Club for his daring motorcycle and automobile episodes, usually going a bit too fast just for the thrill of it.

An event that changed his life happened in 1903; the Wright brothers embarked on their groundbreaking 852-foot flight in Kitty Hawk, North Carolina and cousin John Rogers was selected by the Navy to learn to fly.  John wrote in a letter to Cal, “For speed, you can’t beat

flying!” The young thrill seeker was off to Dayton, Ohio (USA) to begin participating in the elementary aeronautics exploration of the day, and was instantly hooked. He then enrolled in

the Wright’s flying school, and by his fourth lesson, was solo pilot and Cal passed the tests for his official pilot’s license on August 7, receiving license number 49. At that time the tests consisted of three flights: two non-stop distance flights, each of at least 5 km, and one altitude flight of 100 m. After winning his flight credentials, he purchased one of the first Wright Brothers Model EX Biplanes and began building his time and flying expertise.  At the 1911 Chicago International Aviation Meet, with minimal hours of flight time, he received his first taste of notoriety for his skills in aviation, winning many events and the most financially rewarding prize – the endurance competition – staying in flight for three hours, twenty-three minutes, and ten seconds. He won the most in total prize money at the Chicago Meet with a total of more than $11,285 — and placed his name in the record books. Today the buying power of this prize would be about 250,000.  It was following his tremendous success in Chicago that Cal he decided to pursue the huge Hearst Prize.

Come back next week for the exciting conclusion of our story about Cal’s involvement in the Hearst Prize for the first transcontinental flight and the fate of the Vin Fiz as well as a young deaf pilot that was all the rage in 1911-12.