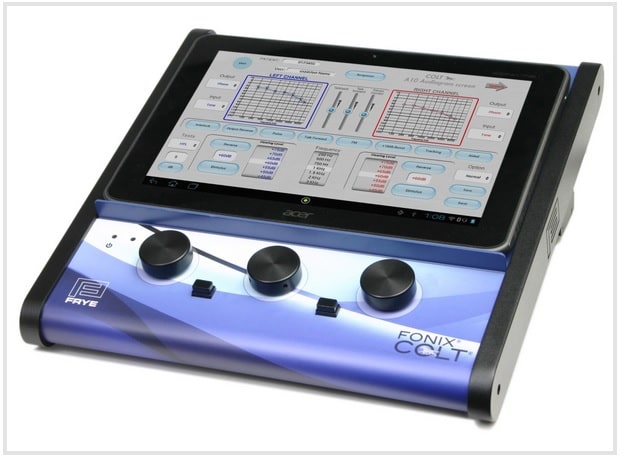 People who are deaf or hard of hearing make up one of the largest populations that are helped by various provisions of the Americans with Disabilities Act (ADA). One subset of that population that is protected by the ADA consists of people with hearing loss who are in prison.

This week, while I am on vacation, I have called upon Fred Cohen, LLB, LLM, to fill in for me at Hearing News Watch. Fred has written many insightful posts for HearingHealthMatters.org on legal issues relevant to hearing and hearing loss.

Hearing-impaired inmates have found success in litigating their claims under the Americans with Disabilities Act (ADA), 42 U.S.C. 12131, and relying also on the Rehabilitation Act, 29 U.S.C. § 794 and the Constitution.

Without suitable accommodation, seriously hearing-impaired inmates are unable to communicate with others inside and outside the prison. These individuals run the risk of being punished for failing to follow an order they did not hear.

Without assistance at a disciplinary hearing, prisoners with hearing loss are not effectively present, as inmates have a right to be. Educational, rehabilitative, and health care services are de facto unavailable for some. Work assignments for the hearing-impaired often are the least desirable. Even religious services are not fully available to them.

The ADA clearly applies in prisons and just as clearly requires some accommodation of the individual’s disability.

SETTLEMENT IN OREGON HAS BROAD IMPLICATIONS

Merle Baldridge, a prison inmate in Oregon, settled his ADA claim against the Oregon Department of Corrections (DOC) for $150,000 in January 2014. The Settlement goes beyond the plaintiff’s individual claims, as the DOC agreed to:

Dennis Steinman, the Portland attorney for Baldridge, termed the settlement “historic,” as it clearly expanded the individual claims here to a de facto class action suit. While Baldridge is the only inmate to receive a money settlement, Steinman estimates that 20 to 25 other Oregon DOC inmates similarly situated will benefit as well. This is lawyering and advocacy at its best.

The specifics of the case

Baldridge is serving a prison sentence for the sexual abuse of his former girlfriend’s daughter. This type of offense obviously presents some delicate communication issues for the plaintiff in the areas of health care, rehabilitation, and disciplinary situations. Without an effective interpreter, he will needlessly suffer and perhaps withhold highly confidential material.

Baldridge was assigned to clean toilets and do other menial work due to his hearing loss. He had to pay more than other inmates for a television because the smaller, less expensive sets could not accommodate closed captioning.

Steinman sees the lawsuit as further integrating the hearing impaired into the general prison population. Perhaps, this will have the additional benefit of reducing recidivism.

On January 1, 2014, two hearing-impaired inmates in Kentucky sued the state asking for interpreter services for medical visits, video phones that allow deaf callers to see sign language, and a variety of other devices to assist in hearing or communication. Their claims are also based on the ADA.

Deborah Golden, an attorney for the inmates, suggests that for her clients being in prison without the ability to hear or communicate is like being in solitary confinement, although in the midst of many other people.

As a result of these discriminatory policies and practices, deaf and hard-of-hearing prisoners:

Golden’s artfully composed complaint presents a variety of factual narratives indicating the degree of the plaintiffs’ disabilities and the discriminating impact of the alleged failure to accommodate the particular disability.

The complaint describes in detail the ineffectiveness of what Kentucky now provides and also describes the devices and services required to achieve a reasonable accommodation, as required by the ADA. The suit seeks damages and injunctive relief. One suspects this, too, will be settled.

Prevailing in an ADA lawsuit is far less difficult than winning an Eighth Amendment-Cruel and Unusual Punishment case over medical care. There, the constitutional claim requires a showing that a medical condition is serious and mismanaged at the level of the difficult-to-prove mental state of deliberate indifference on the part of the defendant.

The ADA protects people from exclusion (discrimination) by virtue of their disability (not only disease) from the benefits of services, programs, or activities of a public entity. I do not mean to suggest an ADA claim is somehow easy. I mean only that by comparison to a constitutional claim, it is easier.

Increasingly, prisoners with hearing loss and their lawyers are using the ADA successfully to protect against discriminatory treatment behind bars.

Virginia, as well as Oregon, recently settled a case similar to this one in Kentucky. Litigation is heating up in Maryland, Illinois, and the Federal Bureau of Prisons. Mississippi is now providing hearing aids when recommended by a doctor and Florida is designating particular prisons for inmates with hearing impairment.

Fred Cohen, LLB, LLM, Yale Law School, has taught at a number of leading law schools. He was a founder of the Graduate School of Criminal Justice at the State University of New York at Albany. He is author of The Mentally Disordered Inmate and the Law and is executive editor of Correctional Health Care Report, which will be publishing this article in its July/August issue (Volume 15-5).