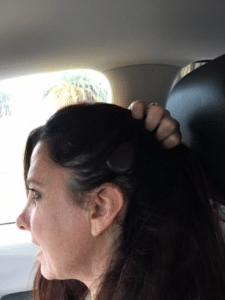 WASHINGTON, DC—This has been a big week at the Federal Communications Commission (FCC) for people with hearing and speech disabilities. Yesterday (May 15), the agency officially launched a pilot program in limited parts of the U.S. allowing people to text in emergency messages to 911 rather having to call them in vocally.

Two days earlier, the FCC announced conditional approval of a new phone app designed to enable deaf and hard-of-hearing people to get accurate, real-time captioning on their mobile phones.

The Text-to-911 program has been in the works for several years, and, in fact, has been in effect in some locations. The effort was launched in response to concerns that it was difficult or impossible for people with hearing loss or speech problems to use 911 to call for help from fire and police departments and other emergency services.

Yesterday, AT&T, Sprint, T-Mobile, and Verizon began providing text-to-911 service in all areas served by their networks where a 911 call center is prepared to receive texts.

While eventually the Text-to-911 program will be up and running across the country, for now it is in operation in only a few (primarily rural) areas. On its web site, the FCC cautions, “The ability to contact 911 using text is only available on a limited basis in a few markets. For this reason, you should not rely on text to reach 911.”

The FAA also advises, “In most cases, you should make a voice call when contacting 911. That option tends to be more efficient, particularly in emergency situations when you want to relay a lot of information in a short amount of time.The text program is designed to make it easier for people who are deaf, hard-of-hearing, or have a speech impediment to communicate in emergency situations, though the FCC still recommends making a voice call first.”

It adds, “It’s also useful when the person calling 911 isn’t in a position to speak, such as in situations where making a noise would expose someone to greater danger.”

On May 13, InnoCaption, a free phone app to enable deaf and hard-of-people to read accurately transcribed conversations on their mobile phones in real-time, received conditional approval from the FCC.

Miracom USA, Inc., the Fullerton, CA, company that developed the app, states on its web site, “InnoCaption provides free real-time caption for the deaf and hard of hearing mobile user. It will function with any smart phone that utilizes the Android or iPhone OS. InnoCaption app is turned on whenever an inbound call is delivered and automatically turned off once the call is terminated by either party. Regardless of [the user’s] network provider, the free real-time caption service will be provided by InnoCaption.”

Chuck Owen, chief operating officer of Miracom, told The Washington Post that the company plans a full release of the app at the end of June.

In its May 13 announcement, the FCC said it had given Miracom a conditional grant for certification as a provider of Internet Protocol Captioned Telephone Service (IP CTS) eligible for compensation from the Telecommunications Relay Services (TRS) Fund. This fund reimburses companies for providing communication services to people with hearing or speech disabilities.

The FCC noted that Miracom contends that its “service to mobile users is superior to that offered by existing providers in at least two ways. First… its service will enable other parties to call and connect to a registered IP CTS user by dialing the user’s mobile phone number directly.

“Second, Miracom proposes to use a captioning method that is substantially different from the automated speech recognition-based method used by current providers of IP CTS. Specifically, Miracom proposes to utilize stenography-based captioning, by which a human stenographer will produce the captions by typing the content communicated orally by the other party to the call.”

The agency said that before granting final certification, it needs to validate, based on actual operating experience, Miracom’s assertions about InnoCaption.