Audiology Down Under: Industry-Owned Clinics Facing Backlash in New Zealand 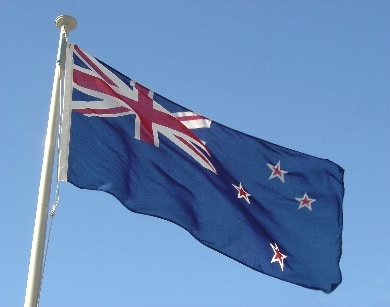 WELLINGTON, NEW ZEALAND — Audiologists at industry-owned hearing clinics in New Zealand are being accused of exploiting vulnerable and elderly people for the sake of profit.

Green Party consumer affairs spokeswoman Mojo Mathers, the country’s only deaf{{1}}[[1]]Mathers was born profoundly deaf, but does lipread and communicate orally in addition to using sign language[[1]] Member of Parliament (MP), expressed her concerns after receiving multiple complaints by her constituents of individuals being pressured to purchase hearing aids “they didn’t need” or being significantly overcharged.

Additionally, constituents expressed their concerns to Mathers that they are unable to receive unbiased advice from industry-owned hearing clinics or have access to fair prices for the aids and services.

In New Zealand, the Ministry of Health provides a subsidy of $511 per device towards the purchase of hearing aids for adults with permanent hearing loss in need of a hearing aid, every five years. The subsidy, however, doesn’t always cover the total cost of services.

New Zealand currently only allows full members of the New Zealand Audiological Society to access the hearing aid subsidy, but the Commission felt that some businesses were in fact promoting the subsidy without being able to actually provide it.

The Commission cited occurrences where the hearing aid subsidy was described as being capable of covering the cost of hearing aids, when in fact the cost of the devices was significantly greater than what the subsidy would provide.

Just like in the US and other parts of the developed world, the costs associated with accessing audiology services and hearing aids vary greatly in New Zealand. According to Mathers, her investigation into the matter found that “some of the highest charges [I have come across] have come from clinics owned by manufacturers of the aids sold at that clinic”.

“In some cases this has resulted in significant hardship for people on benefits or low incomes who have either been unaware that their fees were going to be so high and/or that the costs of audiologist services are not covered by the Ministry of Health.”

Mathers believes the hearing industry is in need of greater government oversight, which is what prompted her to contact the Commission regarding the complaints her office has received from constituents. She insists that proper access to hearing aids is essential for a high quality of life for deaf and hard-of-hearing people.

“While in my experience most audiologists are highly professional and put clients’ needs first, it is clear that this is not always happening,” said Mathers.

In response to comments from Mathers, the Commerce Commission stated that it was continuing to “address areas of non-compliance” where a business’s conduct could potentially breach the Fair Trading Act.{{3}}[[3]]The Fair Trading Act 1986 is a statute of New Zealand. Its purpose is to encourage competition and to protect consumers from misleading and deceptive conduct and unfair trade practices[[3]] However, the Commission was clear that issues surrounding the variability of costs and pricing were outside its authority.

In response to the sudden, very negative media reaction surrounding accusations of fraud and abuse by members of the audiology community, the New Zealand Audiological Society (NZAS) released a statement responding to the allegations.

“The public needs to be aware that in New Zealand there is no restriction on who may sell hearing aids. Therefore some complaints are not about audiological services received from a member of the NZAS, but about a person who is not a member of the society.”

The organization went on to describe that it will “continue to lobby the Ministry of Health to restrict the sale of hearing aids, which are classed as medical devices, to ensure that only qualified and appropriately credentialed professionals may sell them”.

They strongly urge the country’s citizens to ensure they only receive their audiology services through members of NZAS. Readers can view the full NZAS statement here.