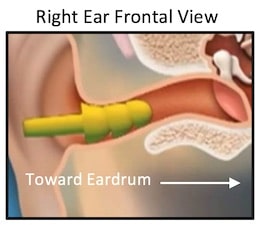 BOSTON–The National Association of the Deaf (NAD) has sued Harvard University and the Massachusetts Institute of Technology (MIT) for allegedly violating the Americans with Disabilities Act (ADA) and the Rehabilitation Act of 1973 by failing to provide adequate captioning for the vast array of online content they make available to the general public, including through massive open online courses (MOOCs).

Joining in the two suits, which were filed February 12 in U.S. District Court in Boston, were four hard-of-hearing individuals.

The plaintiffs accuse the two renowned universities in Cambridge, MA, of illegally discriminating against deaf and hard-of-hearing people by denying them the benefits of programs and services provided to the public on the Internet.

In announcing the legal action, Howard A. Rosenblum, chief executive officer of NAD, said, “Online content represents the next frontier for learning and lifelong education. Yet both Harvard and MIT betray their legendary leadership in quality education by denying access to approximately 48 million Americans who are deaf or hard of hearing.”

Rosenblum added, “All they have to do is provide accurate captioning to such online educational content, yet they provide no or inaccurate captioning, which is contrary to these schools’ ideals of excellence and service to all.”

Bill Lann Lee, one of the lawyers for the plaintiffs, stated, “It is right that Harvard and MIT, which both receive millions of dollars of federal tax support, are mandated by our civil rights laws to provide equal access to their programs and services.” Lee, who formerly headed the Civil Rights Division of the U.S. Department of Justice, continued, “The civil rights laws require equal access to electronic services on the Internet that modern technology makes possible.”

Spokespersons for Harvard and MIT who were interviewed for an article in The New York Times declined to comment on the litigation. However, they expressed their universities’ commitment to making their materials accessible to people with hearing loss.

In its suit, NAD cited examples of videos and audio tracks that were available to the public but not captioned. Among them were a Q&A session at Harvard with Bill Gates, a discussion with MIT professor Noam Chomsky about the leaks attributed to Bradley Manning, and “entire semesters’ worth of courses.”

The plaintiffs also complained about inaccurate captioning. For example, the suit said, in a video of Lady Gaga being welcomed on a visit to Harvard, a student who said “on our campus” was transcribed as saying “hot Campen good.”

And during a 2009 visit to MIT, when President Barack Obama said, “…go down on the solar cell…” the caption said, “got down on dollars ok…”

Christine M. Griffin, an attorney for the plaintiffs, said, “Harvard and MIT systematically discriminate against people who are deaf and hard of hearing and perpetuate the isolation of people with disabilities that the ADA was meant to eliminate.” Griffin, who is said executive director of the Disability Law Center in Boston, explained, “Our hope is that this lawsuit will change not only Harvard’s and MIT’s practices, but set an example for other universities to follow. These lawsuits seek to reform conduct. They do not seek money damages.”