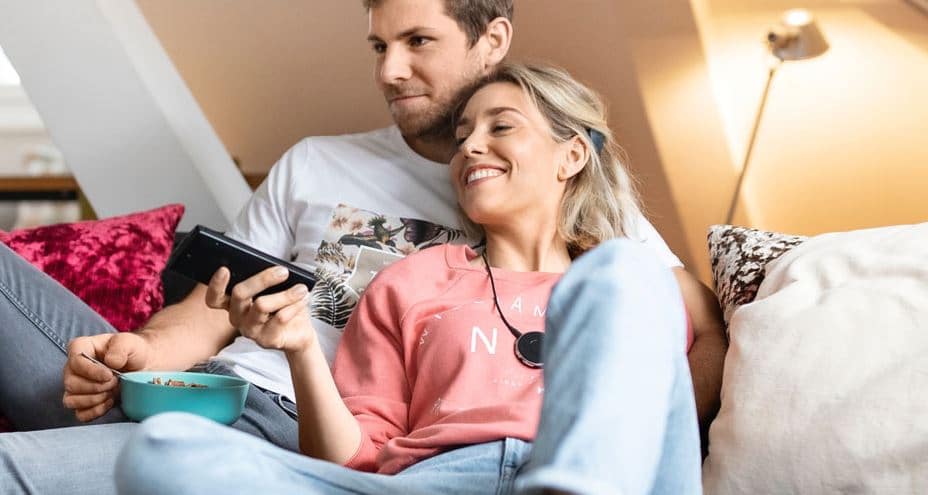 New Feature Enhancements for Ease of Listening and Handling

The U.S. Food and Drug Administration (FDA)-cleared SAMBA 2 Audio Processor features enhancements for ease of listening and handling. Intelligent Sound Adapter 2.0 automatically adjusts settings to match different environments that are particularly challenging to people with hearing loss. This includes an automatic setting for listening in cars which uses Speech Tracking to identify the optimal microphone mode for the user to understand conversation coming from the side or behind.

SAMBA 2 is also designed for easier listening in complex environments such as restaurants, effectively reducing the impact of noise, for example interfering background conversations and the clattering of plates and silverware, while adaptive directional microphones and directional speech enhancement allow the user to focus on their conversation.

“SAMBA 2 is a great example of the ongoing collaboration that MED-EL has with our recipients, even after they receive a hearing implant. We listened closely to feedback and worked diligently with our engineers to make the listening experience even more effortless for our BONEBRIDGE recipients.”

SAMBA 2 provides the longest lasting battery life of any active transcutaneous audio processor on the market, with approximately 8 to 10 days from one standard 675 hearing aid battery. When the time comes, battery changes are fast and easy thanks to SAMBA 2’s intuitive design.

SAMBA 2 GO connects wirelessly to Bluetooth devices and via a cable to non-Bluetooth devices to allow streaming from mobile phones, televisions and electronic devices. It can also be used with FM systems and remote microphones for better hearing in noisy environments. And, while the Intelligent Sound Adapter 2.0 adjusts settings automatically, recipients still have control over their settings with the SAMBA 2 Remote, an app available for iPhone and Android that enables users to switch between settings without a separate remote control.

The Intelligent Sound Adapter 2.0 then “learns” which settings the user most often changes manually and adapts.

Thin and lightweight, SAMBA 2 offers recipients a wide array of easily interchangeable covers so the audio processor may be worn discreetly under the hair, or worn to stand out with colorful designs. The audio processor is dust, sweat and splashproof, and can be completely submersed in water with the optional WaterWear waterproof cover.

Consistent with MED-EL’s industry-leading legacy support, SAMBA 2 is compatible with both versions of the BONEBRIDGE Bone Conduction Implant, the BCI 601 and BCI 602. BONEBRIDGE bone conduction implants are also engineered to be compatible with future generations of audio processors, allowing recipients to access the latest hearing technology, no matter when they received their implant.

For more information about SAMBA 2, BONEBRIDGE candidates and recipients can visit: https://www.medel.com/en-us/hearing-solutions/samba2.

About the BONEBRIDGE Bone Conduction System

In 2018, after successful use internationally, MED-EL USA launched the country’s first active transcutaneous bone conduction system, BONEBRIDGE, marking the beginning of a new era in bone conduction stimulation. The groundbreaking BONEBRIDGE Bone Conduction System was comprised of an internal implant, BCI 601, and the externally worn SAMBA Audio Processor. Just a year later, MED-EL announced the FDA clearance of the BCI 602, featuring design optimizations to support a streamlined surgery. The second-generation implant for the BONEBRIDGE System was developed through a long and valued partnership with ENT surgeons, hearing health professionals and the hearing loss community. Through these relationships, MED-EL has a proven history of continuous advancement in active transcutaneous bone conduction implant technology.

MED-EL Medical Electronics, a leader in implantable hearing solutions, is driven by a mission to overcome hearing loss as a barrier to communication. The Austrian-based, privately owned business was co-founded by industry pioneers Ingeborg and Erwin Hochmair, whose ground-breaking research led to the development of the world’s first micro-electronic multi-channel cochlear implant (CI), which was successfully implanted in 1977 and was the basis for what is known as the modern CI today. This laid the foundation for the successful growth of the company in 1990, when they hired their first employees. To date, MED-EL has grown to more than 2,200 employees from around 75 nations and has 30 locations worldwide. The company offers the widest range of implantable and non-implantable solutions to treat all types of hearing loss, enabling people in 124 countries to enjoy the gift of hearing with the help of a MED-EL device. MED-EL’s global portfolio of hearing solutions includes cochlear implant systems, a combined Electric Acoustic Stimulation hearing implant system, and bone conduction devices. www.medel.com