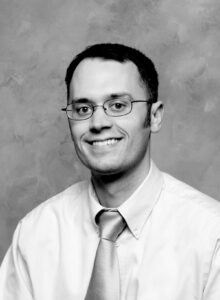 Only 20 states mandate some form of health insurance coverage for children’s hearing aids. So, if you reside in any of the other 30, it is likely that you are among the millions of American families who have no such coverage on your plan.

The financial implications of hearing loss can be very challenging, particularly when one is dealing with the impact of a new diagnosis. For example, take the experience of Heather Segars, a co-author of this Hearing View who serves on the board of the Washington State chapter of Hands & Voices.

She reports, “My daughter, now 7 years old, was diagnosed with a bilateral mild to moderate sensorineural hearing loss at 1 month of age. We were devastated. To be told suddenly that your child cannot hear is an unspeakable shock. Then we learned that she needed hearing aids, and that they would cost around $5000. At the time, we were making $18,000 a year, so this was quite another shock, especially when we learned our health insurance would not cover it.”

Unfortunately, stories like Heather’s are not unfamiliar to most 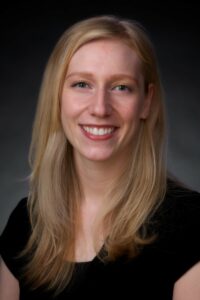 audiologists across the nation.

For a young child, gaining access to spoken language is critical to learning and development. For children born with permanent hearing loss, hearing aids are often the best option to assist them in developing auditory and language skills on a par with their normal-hearing peers. Yet, despite this, most private insurance plans nationwide treat hearing aids as cosmetic or luxury items. Most health insurance plans today specifically exclude hearing aids as a covered benefit.

THE COST OF DOING NOTHING

Without insurance coverage, parents are likely to be faced with the prospect of spending $20,000 or more toward the purchase of hearing aids for their child by the time he or she reaches 18 years of age (based on an average of $2000 per aid and a need for replacement every 3-5 years).

Because most private insurance plans provide at least some coverage for the treatment of many other childhood illnesses and conditions, parents are often astonished to learn that hearing aids are excluded from coverage for either themselves or their children.

Identifying and treating hearing loss soon after a child’s birth has a positive impact on speech and language development and can mean the difference between a child requiring special education services or being able to succeed in a mainstream classroom. Therefore, unnecessary delays in the identification and treatment of hearing loss in children are costly not only to parents, but also to society. The Centers for Disease Control (CDC) estimates that the lifetime economic cost to the public for a single child with hearing loss is over $400,000, primarily due to the need for special education services. This means that local schools (i.e., taxpayers) are ultimately faced with paying for the majority of these services.

Some states have published impact studies for proposed or existing legislation that requires private insurance to provide coverage for hearing aids for children. These studies have  found that the cost of this coverage is much less than the average annual increase in insurance premiums.

Wisconsin, for example, recently passed legislation requiring coverage both for children’s hearing aids and for cochlear implantation. Yet the increased cost to insured residents was found to be only 17 cents a month or about $2 a year. Surely no one would deny that spending $2 a year on this coverage is a far better investment in our future than paying later for special education services.

While it’s true that children with hearing loss are often covered by Medicaid or Children’s Health Insurance Programs (CHIP) for hearing aids and related services, relying on these programs (Medicaid, etc.) may result in reduced access to necessary services. Also, due to very poor reimbursement rates and a frequently burdensome billing process, more and more clinics are refusing to accept patients covered by Medicaid or similar state-run insurance programs. The fewer audiologists there are available, the longer a child with hearing loss must wait to see one. And, as noted above, delay in the treatment of hearing loss in children slows down their development.

If you’re an audiologist or other hearing healthcare provider, you should belong to your state professional association. These associations serve their profession in important ways, including providing a unified voice to convey a consistent message, organizing resources effectively, and building strength through membership numbers.

Support from professional organizations also plays a vital role in passing beneficial state legislation. Many such bodies have established relationships with representatives. If they have the means, associations can hire lobbyists to keep them up to date on legislation that can have ramifications for reimbursement and patient care.

Here in our state, the Washington State Academy of Audiology (WSAA) has expanded efforts to take a more active role in state legislation in the past few years. Its newly created Government Relations Committee (GRC) has enabled WSAA to organize political actions that directly benefit audiologists and their patients. Most recently, WSAA collaborated with other organizations in an effort to get the state legislature to pass a hearing aid insurance bill this year.

Among the biggest challenges state organizations face in establishing a strong political identity are in the areas of recruiting members and raising funds.  As in many other states, fewer than half the licensed audiologists in Washington belong to its professional organization, despite extensive recruitment efforts. This is a serious problem, since state organizations rely on membership dues to pay for representation and legal counsel in exploring legislation proposals that affect patients, licensure laws, or reimbursement.

Most state organizations run on an extremely limited budget. Board and leadership positions are held by volunteers, and the vast majority of membership dues go directly to supporting professional interests. However, without adequate membership support, efforts for representation are limited.

WHAT CAN BE DONE?

Heather Segars and her son, Ian.

You would probably be surprised by how much influence a brief meeting, or even a simple letter or phone call can have on your state representative.

Here in Washington, House Bill 1356 was introduced in the 2013 legislature shortly after a meeting between Heather Segars and her local representative. During the meeting, Heather shared her story about the frustrating lack of insurance coverage for her daughter’s hearing aids and how many other families across the state shared in her frustrations. The proposed bill would have required insurance plans to provide at least $1000 coverage toward the purchase of hearing aids for children or adults. It was introduced with 12 co-sponsors, including the vice-chair of the Health & Wellness committee.

Despite an outpouring of support from hearing health organizations, a growing coalition of supporting organizations (including the Washington chapter of the American Academy of Pediatrics), and many individual citizens, HB 1356 didn’t get out of committee this year. However, hearing care advocates remain optimistic, and meetings are already being planned with local representatives to win passage during the next legislative session.

However, the fact that new legislation was introduced after a single meeting between a local representative and a constituent is quite astounding and should encourage others who may have felt that they could not make a difference.

If you live in a state that doesn’t yet mandate hearing aid coverage for children, try contacting your state representatives this year. And don’t be surprised if they might actually listen to you. (For a list of states that do require insurance coverage for hearing aids, visit the Hearing Loss Association of America’s web site.