As many of my domestic and international colleagues know, I have spent most of my personal and clinical life in Colorado, USA.  In our state, we have a unique and interesting culture that has, over the years, benefited from the substantial migration of population into a state that has the great outdoors, beautiful scenery and a wonderful cultural differentiation from other areas of the world.  It is the land of snow-capped mountains, great skiing, mountain climbing, hiking, great microbreweries, vast farms that coexist with  great art and science and unlimited business opportunity.

Of course, Colorado was the first in a long line of states to legalize the use of recreational marijuana.  In the old days, Coloradans and those from elsewhere would occasionally grab the munchies, close the windows, pull down the shades, watch out for the police, turn up John Denver or Aqualung by Jethro Tull …. roll a doobie, take a hit and hope for the best!

But, in a historic stroke of the pen….

“Certainly, this industry will create jobs. Whether it’s good for the brand of our state is still up in the air. But the voters passed Amendment 64 by a clear majority. That’s why we’re going to implement it as effectively as we possibly can.”

In its independent analysis, the Colorado Center on Law and Policy found that the state could expect to see “$60 million in total combined savings and additional revenue for Colorado’s budget with a potential for this number to double after 2017.”  Within a few days, the state of Washington followed Colorado and became the second state to legalized marijuana for recreational and medical purposes.  Following the lead of Colorado and Washington there are now a total of eight states that legalized marijuana (Colorado, Washington, Oregon, Alaska, California, Nevada, Massachusetts, Maine and the District of Columbia (Washington D.C.)) for recreational use and over half the states now allow medical use of marijuana.   Suddenly, there is no need to watch close the window, put down the shades or watch for the cops!

What are the Effects of Marijuana? 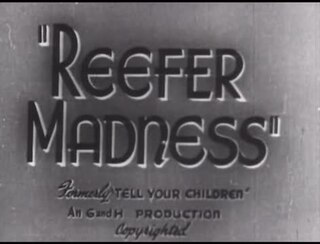 Since the 1930s young people have been “warned” about the perils of “Marihuana” with a very overblown movie.  Reefer Madness, made in 1936, depicted the supposed perils of marijuana.  While movie critics call it the “worst movie ever made,” it was the attitude toward the drug in this movie and others that had marijuana classified to be as dangerous as heroin and cocaine.  As we have had more experience with the drug, many of the issues presented in this movie now make it one of the best comedies of 1936.

Of course, neither you (nor I) have ever smoked (or at least not inhaled) or ingested marijuana but if you had…. smoked a joint or eaten a pot-laced brownie, you would hardly be alone.  Consider that Web MD (2017) estimates that more than 1 in 3 people in America have tried marijuana at one point in their lives.  Occasional use isn’t usually harmful; however, pot can affect your body and mind any time it gets into your system.  It is mostly ingested by smoking the plant’s dried leaves, flowers, stems, and seeds. The drug may also be mixed into food, such as brownies, cookies, and lollipops.  It may also be brewed as a tea, or even inhaled with a vaporizer.

No matter how it gets into the system, physicians indicate that it affects virtually every organ in the body, including the nervous system and the immune system. What really happens when you smoke pot is that the body immediately absorbs THC, or tetrahydrocannabinol, the chemical responsible for most of marijuana’s psychological effects.  If the THC is baked in a brownie or other item, it may take much longer for the body to absorb as it has to break down in the stomach before it enters the bloodstream.

Effects are noticed right after smoking and within 3-4 hours if ingested.  Specifically,  smoking pot can increase the heart rate by as much as two times for up to 3 hours and it may induce a heart attack right after use. It can also increase bleeding, lower blood pressure, and affect your blood sugar, as well.  Although it’s logical, there is not enough evidence to suggest higher odds of lung cancer for smoking marijuana, but it does tend to irritate the lungs leading to the colds and other lung related problems of heavy pot smokers.

Bradford (2015) presents that THC acts much like the natural cannabinoid chemicals made by the body.  The cannabinoid receptors are concentrated in certain areas of the brain associated with thinking, memory, pleasure, coordination and time perception. THC attaches to these receptors and activates them and affects the memory, pleasure, movements, thinking, concentration, coordination, and sensory and time perception.

Marijuana’s medicinal uses can be traced back as early as 2737 B.C., when the emperor of China, Shen Neng, touted cannabis tea as a treatment for gout, rheumatism, malaria and even poor memory.  It was so successful that its benefits as a medicine spread throughout Asia, the Middle East and then to Africa and India, where Hindu sects used it for pain and stress relief.

Today, Loria and Welsh (2015) indicate that there are some great medical benefits of marijuana for certain disorders such as  glaucoma, lung treatment, epilepsy, seizure disorders, cancer treatment, anxiety reduction, slowing of Alzheimer’s disease, pain reduction in Multiple Sclerosis, reduced muscle spasms, treatment for effects of hepatitis C, Crohn’s disease and other bowel disorders, arthritis, Parkinson’s disease and others.  Of course this is why over 1/2 of the United States have now approved medical marijuana use.

Practicing in a state where marijuana is legal presents some interesting patients and very interesting interviews.  Many anecdotal discussions (personal and online review) about the effects of marijuana on hearing reference a 1976 study by Liedgren, Odkvist,  Davis and Fredrickson.  Although some online posts as well as patient discussions offer suggestions that the drug made their hearing better,  Liedgren et al. reported no hearing changes in virtually all auditory evaluations performed pre-and post-marijuana smoking.

There are also claims that tinnitus is benefited by marijuana as well….but….

What’s the REAL story?  That will be our discussion in Part II of this discussion on Marijuana and Hearing.