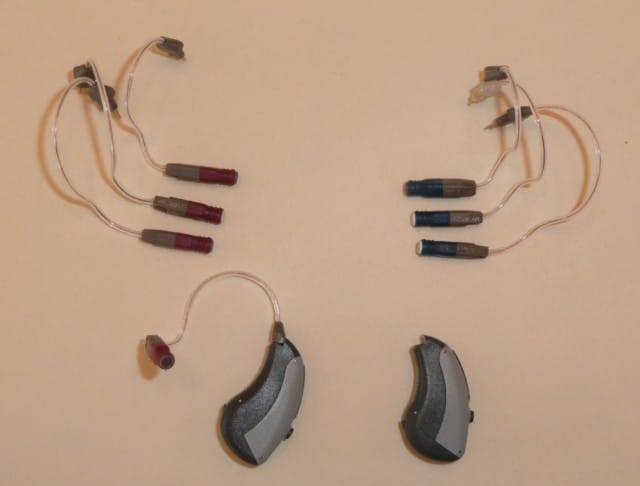 The field of auditory neuroanatomy has had a varied but respectful history. This history could be divided into neuroanatomical studies on humans and animals. The human cadaver studies, and now more recently various imaging studies, have been perhaps more germane to clinicians and those involved in clinical research.

As readers may be aware, Norman Geschwind was a world-renowned neurologist with a special interest in stroke patients and in neuroanatomy. A resident of Boston, he was perceived as a top-notch, dedicated clinician, who was also highly respected for his knowledge of neuroanatomy. He was most adept at calling upon his vast knowledge of brain morphology to solve problems presented to him in the clinic.

Walter Levitsky, as this writer understands it, was a resident under Geschwind. As the story goes, Geschwind was interested in the posterior-superior temporal gyrus, likely because of the many stroke patients he saw who incurred damage to this part of the brain. Geschwind’s anatomical curiosity and knowledge led him to assign a research project to Levitsky. Levitsky’s task was to collect 100 human brains from cadavers and carefully measure the brain surface length of the planum temporale, the most posterior structure of the superior temporal gyrus, positioned next to Heschl’s gyrus (Figure 1). Levitsky’s arduous task began under the watchful eye of Geschwind, who likely had a good idea that something useful might evolve from this study.

When Levitsky’s work was finally done, the results were somewhat surprising. Of the 100 brains examined, 65 had a larger left than right planum temporale. Only 11 brains revealed a larger right planum, and the remaining 24 brains were symmetrical. The mean length of the left planum was 3.6 cm compared to the right which was 2.7 cm — a significant difference. Although the idea that there were asymmetries in the brain had been around for over a century, the clear asymmetry noted in Geschwind and Levitsky’s investigation was of considerable interest.

In 1970, von Economo and Horn in 1930 had reported asymmetry in the planum temporale similar to that found by Geschwind and Levitsky, but this earlier study had examined only a small number of brains. Therefore, though theirs was not the first study to show this result, Geschwind and Levitisky garnered a huge amount of scientific and clinical attention.

One reason for this is that the article was published in the revered journal Science. Soon after its publication in 1968, other researchers succeeded in replicating Geschwind and Levitsky’s findings. In fact, replication of the original study has been completed many times in many labs (see Musiek and Reeves, 1990 for brief review). Studies using imaging approaches have also yielded replications of the original work (Larsen, Høien, Lundberg, Odegaard, 1990).

There are other reasons why the Geschwind and Levitsky study remains popular and instructive reading. One is that the anatomical region investigated involves auditory and language processing. Another reason was related to new research that was being conducted during or slightly before the Geschwind and Levitisky study. This was on dichotic listening and, more specifically, the right-ear advantage (REA) in dichotic listening. The notion of the REA in dichotic testing was emerging, as were theories why this happened (Kimura, 1961; Liberman, Cooper, Shankweiler, & Studdert-Kennedy, 1967).

When the Geschwind and Levitisky findings were published, many felt that the REA could be related to the left hemisphere having more neural substrate than the right to process dichotically presented words, numbers, or CVs (see Musiek and Weihing, 2011). This made perfect sense and was a concept that appealed to many then and now regarding a rationale for the REA.

Geschwind and Levitisky’s findings also added fuel to the concept of cerebral dominance, and they were congruent with the notion that the left hemisphere was the speech hemisphere. In view of the left hemisphere’s responsibility for processing complex stimuli such as speech, it seemed logical that it would require more neural tissue, i.e. a larger planum temporale on the left compared to the right. In this writer’s opinion, the increased size of the left planum temporale remains one of the best rationales for explaining the REA in dichotic listening and may also play a role in why REAs are noted with other measures of brain-related auditory functions such as evoked potentials (Berlin, Hood and Allen,1984).

It should be understood that other asymmetries also occur in the brain. One of the most relevant to the discussion here is Heschl’s gyrus. Although the data is not quite as consistent, it does appear that the left Heschl’s gyrus is larger than its counterpart on the right (Musiek and Reeves, 1990 and others). If this is the case, then it may not be only the planum temporale that contributes to more neural substrate on the left, but Heschl’s gyrus as well. The basis for a larger planum and Heschl’s on the left could be related to a longer Sylvian fissure on the left (von Economo and Horn,1930). Given the asymmetries of the planum, Heschls, and the Sylvian fissure, it seems a real neural area advantage is afforded the left hemisphere, which could contribute to such phenomena as the REA.

Measuring the Planum may be more difficult than it appears. One of the early insights into this procedural difficulty was the 1975 paper by Wada, Clark and Hamm (1975). These investigators reported that 8% of the brains they examined did not have planum. We have not noted this in our experience, but we have noticed that the morphology of the planum can be affected by the contour of the Sylvian fissure (Rubens,Mahowald, Hutton, 1976). Specifically the posterior third of the Sylvian fissure can course upward and alter the anatomy in that surrounding region, including Heschl’s and the planum (see Musiek, 2011). This upward coursing of the Sylvian fissure is termed an ascending ramus and can make it difficult to determine the full compliment of the planum or even its presence.

This area of research on the planum is a new look at old findings and may have profound implications for a number of anatomically related applications. Hence, the investigation of the planum continues today.

In 1968, a major anatomical discovery was published. It revealed that the left planum temporale was larger than the right. This not only fueled an ongoing interest in brain asymmetry, but was also consistent with left hemisphere specialization for speech and related functions. It also has been associated with the REA for dichotic listening, which was another emerging phenomenon of great interest in the 1960s. Theories still abound as to the actual functional significance of this larger neural substrate on the left superior temporal plane and these theories remain a testament to the long and ongoing interest in this anatomical finding of Geschwind and Levitsky.