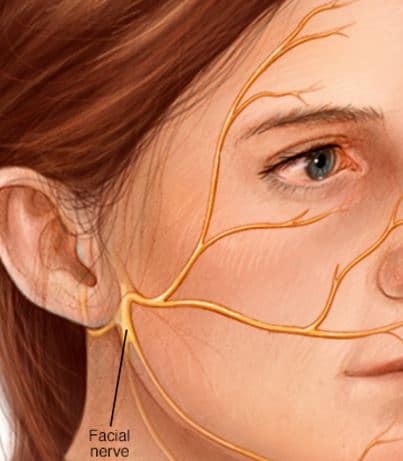 Some readers may be surprised at today’s topic and wonder what shingles has to do with hearing loss or balance problems.    Shingles is a huge topic on its own, not to mention how it affects hearing and balance. Today’s post is a Q&A overview.  Future posts will be more specific about shingles, hearing, and balance problems.

It’s a viral infection called Herpes zoster.  It is not contagious.  It only occurs in people who have had chickenpox.  Even though it sounds plural, it is singular: saying “Shingles is horrible” is correct (and true).

Chickenpox rash is usually all over the body

OK, so what’s chickenpox?  It used to be called varicella and is considered the  “primary” infection of the virus.  Chickenpox is highly contagious, communicating by airborne transmission of the varicella-zoster virus, which enters people’s noses and travels into their bloodstreams before settling in on their nervous systems.

Chickenpox is a disease of childhood (75-90% of cases in children under 10) that manifests in rashes over much of the body.  The rashes are very itchy but rarely painful. That’s because children’s immune systems are “naive”–they lack a prepared immune response to launch an all-out war on the virus.    As a result,  nerve cell inflammation is minor with little or no cell death.  It’s a vanishing ailment, thanks to early immunization one or two doses of chickenpox vaccine.

This is getting confusing.  Tell me again, what’s shingles?   Shingles is confusing because of what happens when chickenpox is supposedly over. Nobody told us the cruel truth when we were kids, but the virus stays in the body for life and–like they say in the monster movies — IT’S ALIVE!  As long as the monster stays asleep in the deep (latent), it is nameless, but if awakened and provoked it is called shingles (herpes zoster).

Where is it?  During latency, the inactive varicella virus literally hides in plain sight from the immune system, tucked away in cranial nerves and nerve bundles in the body called dorsal root ganglia which transmit sensory information from the skin to the brain.

How do I keep the virus asleep?  Nobody knows why the virus gets restless (“reactivates”) in some people and not in others.

What reactivates the virus?  It’s an equal opportunity monster as far as gender, race, and seasonality go.  But, reactivation is more common as we age; also in people with immune systems that are compromised by a variety of factors (e.g., HIV-positive, cancer, immunosuppressant drug treatments).   Table 1 gives a few statistics.

What happens when the virus reactivates and manifests as shingles?  The virus leaves home and spreads through the ganglion and nerves, especially those innervating the face and body trunk.  It can even invade the spinal cord and bloodstream.

What are the symptoms of shingles?  They are horrible. Although pain may precede it, shingles starts with a rash of small blisters that continue to develop for up to 5 days.  The blisters “follow” the nerve path on which the virus has settled, showing a band-like pattern in a particular skin area, distributed over the entire path of the nerve or restricted to separate areas.  Over a 3-4 week period, the blisters pop, ooze, crust and heal.  Throughout that time and in some cases for months afterward, there is:

Symptoms can be even more painful than “regular” pain, sometimes initiated by lightest of touch (e.g., clothing touching the body), temperature changes, or cold wind.  Symptoms can be especially bad at night.  Some people experience these symptoms for months after the outbreak.

What about prevention?  There is no cure, but a new vaccine is available (Zostavax), which the CDC recommends for routine one-time administration in people aged 60 and up.  Clinical trials suggest the vaccine reduces shingles outbreaks by about 50% and is effective for at least 6 years. The vaccine is approved by the FDA for those 50 and older. Unfortunately, people with suppressed immune systems are not candidates for the vaccine.

Can shingles affect hearing or balance?  It can.  When it settles on the vestibulocochlear nerve, the virus can chose one of several paths, with different consequences for the patient’s hearing and balance.  That is the topic of part 2 in the Shingles Series of posts.

References:  in addition to the links shown in the text information was pulled from a variety of sources including a Q&A and an In-depth Report in the NYTimes and Q&A at Yahoo and medicinenet. feature image from Mayo Clinic