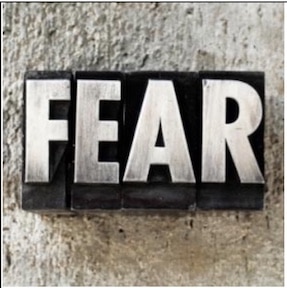 Hearing aid advertising and news stories recently have reached a pinnacle in motivating purchasing behavior by referencing disabilities that are certain to scare hearing-impaired individuals (intentionally or not) if hearing aids are not worn.  And, this fear is a great hearing aid motivator, especially when hearing loss and non-use of hearing aids suggests resulting cognitive disorders, using such phrases/terms as:

The “fear” threat is almost as ominous as suggesting that if you don’t get hearing aids for your hearing loss, you may die a slow death.

But, will you die if you don’t get hearing aids?  Yes.

Eventually, everyone dies whether they get hearing aids or not.  In a sense, the implications point more toward an agonizing “slow death.”  (In the United States, a slow death can refer to anything that is agonizing, painful, or something we just can’t get away from. We may sometimes refer to that as dying a slow death. When used, it is for dramatic effect, as used here).

The above concerns are in addition to other historically-known social issues, even without compounding this list with concerns related to speech and/or language, and physical experiences related to stress.

(Speech and/or Language, and Physical Experiences Related to Stress Are Not Even Included in This List)

Looking at all these possibile effects, it might appear that there is no human malfunction that can possibly compete with hearing loss other than certain death.  As a result of these “attributes” attached to hearing loss, a person having a hearing loss might feel “… as if the whole world was a tuxedo, and they were a pair of brown shoes.”  (Quote modified from comedian George Gobel1).

Based on all of these issues, it is difficult to comprehend that any individual having hearing loss could possibly be normal.  Fortunetely, we know this not to be the case.

Africa has its ferocious “Big Five;” Rhino, Elephant, Lion, Leopard, and Cape Buffalo.   But, with respect to hearing care “motivations,” the “Big Three” hearing impairment fears of today are frequently magnified as: 1) cognition, 2) dementia, and 3) Alzheimer’s disease – and all three are currently suggested to be improved or slowed with the use of hearing aids, according to extensive advertising, promotion, and some reports.  The message to individuals who have hearing impairment is to take their hearing loss more seriously, pointing primarily to managing current or future deterioration by wearing hearing aids.  Of course, hearing loss should be taken seriously.

But, let’s step back a little to try to understand some of the very basics involved in this heightened interest, starting with cognition, a term battered around rather freely when discussing this issue, and something not easily understood by consumers, or possibly not even by those making hearing aid recommendations.  Readers interested in more detailed information than provided here are referred to psychological and medical sources and experts in this area.  This presentation is intended to scratch only the surface of this issue.

Cognition is “the mental action or process of acquiring knowledge and understanding through thought, experience, and the senses.2”

Cognitive abilities are brain-based skills needed to carry out any task from the simplest to the most complex.  They relate more to the mechanisms of how we learn, remember, solve problems, and pay attention, rather than with actual knowledge.  Cognitive processes use existing knowledge to generate new knowledge.  Cognition is, therefore, a broad term covering complicated mental processess involving perception, learning, memory, and problem solving (Figure 1).  Because these mental processing skills all work together (imagine the cogs in a machine), even one weak skill can hinder the process.  In fact, studies show that the majority of learning struggles are caused by one or more weak cognitive skills3.

The concept of cognition is closely related to such abstract concepts as mind, reasoning, perception, intelligence, learning, and many others that describe numerous capabilities of human mind and expected properties of artificial or synthetic intelligence4.

Figure 1. A simplistic orientation to cognition. Incoming information is subject to cognitive processes, which then files the information in a knowledge bank to solve problems and to facilitate output behavior. Because these mental processing skills all work together (imagine the cogs in a machine), even one weak skill can hinder the process. These are also called mediational processes because they mediate (i.e. go-between the stimulus and response).

How Are These Processes Analyzed?

It would seem that to understand this flow of events, that there should be some way to analyze the process.

The processes can be analyzed from different perspectives within different contexts, notably in the fields of linguistics, anesthesia, neuroscience, psychiatry, psychology, education, philosophy, anthropology, biology, neuropsychology, systemics, logic, and computer science5.  These and other different approaches, such as cognitive science, cognitive psychology, and cognitive hearing science6, are emerging as autonomous academic disciplines.

Within psychology and philosophy, the concept of cognition is closely related to abstract concepts such as mind and intelligence.  Thus, the term’s usage varies across disciplines; in cognitive psychology and cognitive engineering, cognition is typically assumed to be information processing in a participant’s or operator’s mind or brain7.

Cognitive abilities or skills are supported by specific neuronal networks. For instance, memory skills rely mainly on parts of the temporal lobes and parts of the frontal lobes (behind the forehead), but stored also in many other parts of the brain (Figure 2).   To retrieve a memory, these areas of the brain must work in coordination with others.  However, with age, some cognitive abilities tend to decline, especially for so-called executive functions and for cognitive abilities that are not used regularly. However, growing evidence shows that decline can be delayed with appropriate lifestyle options and practices, hearing aids or other8,9,10,11,12,13,14,15,16,17,18,19.

Figure 2. Anatomical parts of the brain and their related functions. (Image modified and expanded upon from Patient Educational Center, Harvard Medical School).

How cognition relates to hearing aids will be discussed in next week’s post.