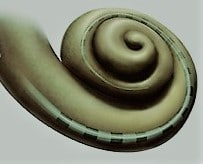 It was time. On January 12, 2017, I received my cochlear implant (CI) at Sunnybrook Health Sciences Centre in Toronto. This was a huge step—one I had never expected to take in my lifelong pursuit of better communication.

This article is the first in a series called “Changing Cochleas”. The series starts with my decision to have a cochlear implant and continues with the surgery experience and through the rehabilitation process.

As a writer about hearing loss, the brand of my hearing aids has seldom been relevant to my writing. But unlike hearing aid manufacturers, cochlear implant organizations not only produce the technology but also play an important role in helping recipients successfully adjust to the implant. So, the story of my CI experience is also about the brand I chose, Cochlear. I know many people who have happily and successfully chosen to be implanted with other brands of CI technology.

What’s important is that we have all been given the opportunity for improved hearing—and took it.

Why A Cochlear Implant?

What is it like not to hear?  What lengths would you be prepared to go to hear, to hear well?

Imagine that you, who had once been able to hear reasonably well, were faced with the reality that your hearing was getting worse, maybe much worse.

You realize this because voices, including your own, don’t sound quite the same and telephone conversations are less easy, more heavily punctuated with pardon and repeat that, please?

You realize this because the misery of tinnitus and hyperacusis is part of your daily life. You realize this because, in spite of new hearing aids, people tell you that you’re not hearing as well as you used to. This is always the most painful blow because they’re right. Our communication partners know this before we do. We can’t tell we’ve missed something because—we didn’t hear it!

But you don’t want to believe this because you’ve paid your hearing loss dues—a life of living with it. You went to the annual checkups. You sat at the front of the class. You told people you had hearing loss. When finally cleared by an enlightened ENT at age 21 to wear hearing aids, you adopt them with passion.

This was my life, and for the next 40 years my communication improved because hearing assistive technology improved. I met people with hearing loss who introduced me to communication strategies not discussed by hearing care professionals. In my new world of hearing advocacy, I met people whose lives were changed by hearing aids and cochlear implants. At a conference, I watched the face of a close friend as she sat with glistening eyes, awestruck at hearing music for the first time in years because of her cochlear implant.

I was considered too highly functioning to qualify for a cochlear implant—and that was OK with me. I didn’t want to qualify, being grateful that I could benefit from hearing aids which, to my immense satisfaction, had moved out of the clunky beige design era. And at least, I thought to myself, I don’t have tinnitus or hyperacusis.

In the summer of 2015, I started struggling for the first time in decades. A new ENT said—I’m paraphrasing but this is how the words hit me—“You’re on your own with the tinnitus because we don’t know much about it. But, frankly, your audiogram sucks and you probably qualify for a cochlear implant. Would you like me to refer you for an evaluation?

My immediate reaction was NO! Cochlear implants are for those other people, the ones who can’t hear. I’m sitting talking with you, so I’m doing just fine. NO!

But after my silent mini-breakdown, I thought, what have I got to lose?

I’m competitive enough that part of me wanted to be evaluated and turned down because hey, I really am an amazing communicator who has this hearing loss thing licked.

But, what if I could hear better afterwards? After all, my recent audiogram showed 2% speech discrimination in the right ear—and that’s because I guessed correctly.  If there had been another 50 words, I bet I could have guessed that speech discrimination score up to 10%!  The truth is that my right ear hadn’t been pulling its weight for many years, providing only some sound balance through a hearing aid.

So how far would I go to hear better? I agreed to an evaluation….

…which didn’t go so well. In the sound booth, I stared down a menacing black speaker box.  My task was to repeat sentences uttered by a rich, adequately-loud, male voice, but without the help of my #1 strategy of speechreading. Very quickly, the sentences became gobbledegook and so did my repeats. I interpreted it like I heard it:  Ja, mein inken-dinken-clinkenboomer! Then it got worse: the audiologist added background noise.

Several weeks later, the doctor told me I’d been approved for an implant. The balance and MRI tests were fine and it was now up to me to decide; the clock to surgery date would start ticking when I said yes.

Although still in shock at being approved, I said, “Yes. Let’s do it.”

14 months later I was back at Sunnybrook for the pre-op appointment with Rebecca, the same audiologist who had done the CI evaluation—and who remembered my German and Russian responses—discussing the brand of technology to be implanted in my head. Cochlear, I said. I have many friends using the various technology brands and all of them are happy with their choices. But I was familiar with Cochlear, admired their innovation and leadership, and knew some of their people. Good thing I chose them, because it was the one that the hospital (which implants people with all three brands) recommended for my type of hearing loss and history.

But my choice was also for aesthetic and technical reasons: the Kanso, Cochlear’s new off-the-ear, external sound processor, had just been approved in Canada. It’s sleek and pretty and while I don’t have enough hair to cover it completely, it’s going to leave at least one of my ears free of stuff. Hearing people may not understand how much we hearing aid users yearn to scratch our ear without first having to remove the hearing aid, or how our hearing aids and glasses jostle for behind-the-ear space.

I’m excited by the completely wireless capabilities of the new technology that will connect me to everything but the garage door opener. I may not understand the technology, but what’s important is that someone else does.  All I need to know are what buttons to push, how to change the batteries and how to care for it. Also, how not to lose it. When picking my accessories (more about this in future blogs), I examined the dummy version of the cream-colored Kanso. In my hands, it felt like an egg with a precious baby inside; I wanted to take it home with me and nest with it.

The process is now underway and it’s still a few weeks away to the egg hatching.

Thank you to Cochlear Americas and to HearingHealthMatters.org for their support in the development of the “Changing Cochleas” series.  As always, my choices and opinions are mine alone.