What Happens to the Otoconia (Rocks, Particles, Crystal, Otoliths) After the Epley Manuever? 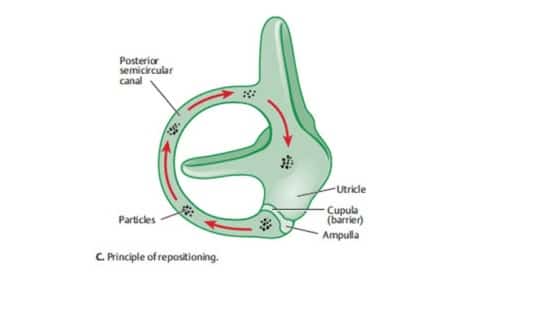 Canalith Repositioning (CRP), more commonly referred to as the Epley maneuver, has become the “go to” treatment for the complaint of positional vertigo. I have been at this long enough to see the transition from skepticism that any condition could be quickly treated by lying down and rolling over in bed, to the current habit of people being treated for BPPV even though they have not undergone any related diagnostic testing. That sounds worse than it really is because the vast majority of patients that complain of something sounding vaguely like BPPV do, in fact, have BPPV in the posterior canal. Additionally, there is very little chance, and no reports, of harm associated with doing the Epley maneuver at home or in the practitioner’s office.

We have seen a handful of patients with worrisome brain and/or brainstem pathology that were never examined for positional nystagmus and sent home with instructions to repeatedly provoked their symptoms, but this a less than 1% issue.

The most likely, and very common downside to such widely available treatment instructions is that many patients are sent home with dated instructions (Brandt-Daroff exercises are not nearly as effective as a home Epley), or got the correct exercises but are doing them incorrectly.

Brandt-Daroff exercises are still in use, I suspect, because they were the first therapy treatment offered for BPPV. As early as 1980, the exercises were offered in hopes of “habituating” the symptoms triggered by position change, meaning that Drs. Brandt and Daroff theorized that over time, people would adapt or “get used to” their symptoms. Soon enough, they noted that some patients improved too rapidly to be explained by habituation, and suspected a “dispersion of otolithic debris.” So, where does the otolithic debris go?

There are a few theories to consider, but one seems more plausible than the others. Zucca proposed the theory, and provided some impressive evidence, that otoconia dissolve in endolymph (view that article here). This is supported by the natural history of BPPV, as well as the rapid improvements seen after CRP. Otoconia in the semi-circular canal are bathed in endolymph, but at a much lesser fluid volume than in the vestibule.

BPPV Vertigo Treatment: What Happens to the Otoconia?

Another theory is that “dark cells” absorb the otoconia. There is no recent literature addressing this theory, so I will pass on exploring this any further for now.