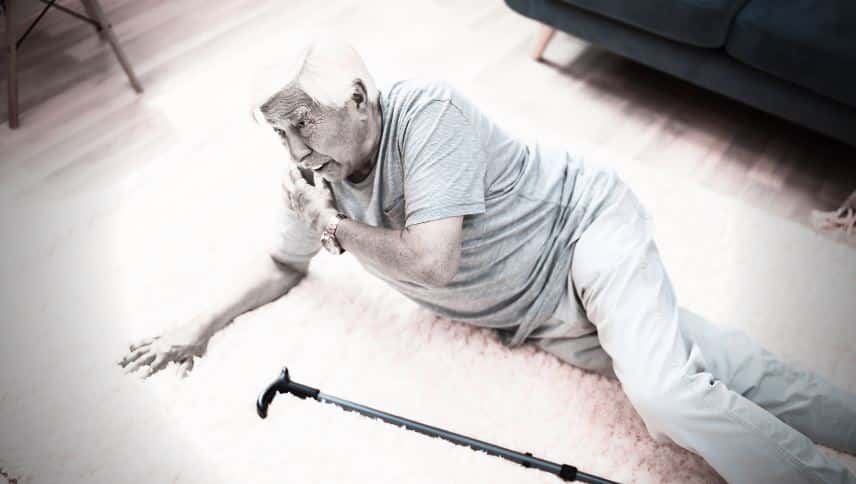 September is falls prevention awareness month and as such we are going to discuss some of the more common risk factors for falling. Falls are an enormous problem that can impact one’s health, quality of life and financial stability.

Falls are the second leading cause for unintentional injury death worldwide and cost over $50 billion in medical expenses in the United States alone.

Awareness of the problem is the first step to creating change.

Anything that impacts these sensory structures or the brains ability to integrate and make sense of this information can result in dizziness, imbalance, and a higher risk of falling.

Vestibular disorders are the most common cause for dizziness, accounting for around 45% (5 study average) of all dizziness regardless of the clinical setting. The most common vestibular disorder is the condition of BPPV. This condition occurs when otoconia (inner ear rocks) migrate into the semicircular canals (head turn sensors) of the ear, resulting in an abnormal eye movement called nystagmus after head movement or postural change.

If an episode occurred while walking, this could increase one’s risk of falling. The condition is transient for most individuals without any permanent abnormalities to the affected ear. BPPV can also be readily treated in most cases with canalith repositioning maneuvers that can quickly resolve the symptoms.

Some vestibular disorders do leave the ear(s) permanently damaged, with poorer outcomes. Even for these types of injuries the individual can learn to compensate (re-calibrate) to maximize the remaining available vestibular information to minimize the dizziness and decrease the risk of falling.

We use real time input from our visual system to monitor for changes in the ground beneath our feet and impairment of this ability  can increase the risk of falling. Asymmetric vision impairs depth perception and can lead to a higher risk for falling.

Even multifocal lenses such as bifocal or progressive lenses have been shown to increase the risk of falling. There is also evidence to support that simple modifications such as discontinuing multifocal lens use can reduce fall risk in certain patient populations.

Orthopedic abnormalities that impact the lower extremities or spine can increase ones risk for falling. Peripheral neuropathy is a common condition that has been associated with a higher risk of falling. The decreased sensation from the ground can lead to a greater risk of tripping and falling.

Those with peripheral neuropathy have been shown to benefit from working with physical therapy on leg strengthening and balance training. Having strong legs can help better correct for any increased postural sway due to the neuropathy and deconditioning.

Centrally sedating medications such as anti-anxiety medication, antihistamines (meclizine), and antidepressants can lead to decreased alertness and increased reaction time. Medications should be discussed with one’s primary care provider and/or pharmacist, particularly if they are experiencing recurrent falls.

Orthostatic hypotension is a common cause for increased imbalance or lightheadedness associated with a change in posture.

The baroreceptor reflex allows for our lower extremity blood vessels to constrict with change in posture, which in turn pumps blood to the brain. Most people experience this as a sensation of lightheadedness when they rise from sitting or lying down. This condition can occur as a byproduct of medications, poor hydration, diabetes, and aging. Treatment will likely be cause dependent and should be discussed with ones primary care provider or cardiologist.

Stroke to the regions of the brain responsible for balance and coordination, most notably the cerebellum, can also lead to symptoms of dizziness and imbalance, increasing the risk of falling. Treatment would likely at least entail neurology assessment and/or treatment to reduce the likelihood of future stroke. One may also work with physical therapy for management of symptoms.

Untreated hearing loss is associated with a higher risk of falling. Those with untreated hearing loss are three times more likely to fall than their normal hearing peers and the risk of falling increases as the degree of hearing loss increases. This association is believed to be related to cognitive load. One only has so many attentional cognitive resources and when more of these resources are being devoted to hearing due to hearing loss, then they are less likely to be devoted to noticing trip hazards in one’s path.

At this time there is limited evidence to support that hearing aids may help with postural stability. It is worth noting that correlation does not prove causation but treating ones hearing loss will almost certainly result in improved abilities to communicate with others if nothing else.

Depression and fear of falling are often associated with one another and have been shown to alter gait patterns and increase the risk of falling. Medical management has the potential to be difficult for this population as antidepressant medication also increases the risk of falling. Physical exercise such as Thai Chi and cognitive behavioral therapy may be more appropriate first line treatments for this patient population rather than antidepressant medication.