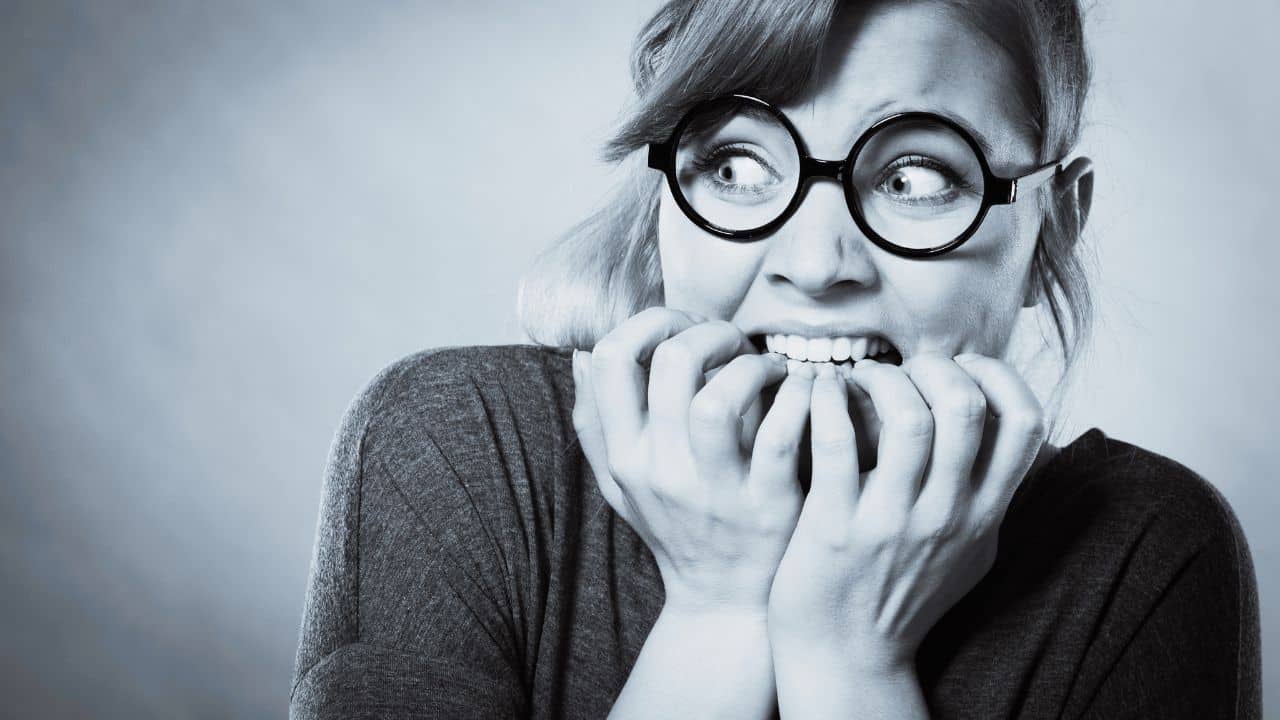 As Halloween draws near we thought we would look into the question of “can you be scared dizzy?”.

I will preface this post by stating that feeling fearful or being scared would not directly trigger dizziness symptoms associated with most inner ear conditions and in turn, the majority of the conditions discussed are outside of my area of specialty. The information included is based on real disorders; however, some extrapolation from other data has been made, as there are very few studies directly investigating fear and dizziness. Nonetheless, let’s delve deeper to see if dizziness can be triggered by fear.

Hyperventilation refers to breathing that is more rapid than normal and is often triggered by anxiety or panic. Due to the increased respiration rate, there is a decrease in the CO2 in the blood, which can lead to feeling lightheaded or dizzy. Often there is associated racing heart rate, shortness of breath, numbness around the mouth, hands or feet, and chest tightness.

Those who are particularly prone to anxiety and/or panic disorder would seem the most likely to experience hyperventilation from being afraid.

Seizures are involuntary electrical disturbances in the brain that can lead to loss of consciousness, confusion, involuntary movements, and emotional symptoms. There is at least some evidence showing that seizures can be caused my emotional stress. The definition of emotional stress as described by the American Psychological Association is “the feeling of psychological strain and uneasiness produced by situations of danger, threat, and loss of personal security or by internal conflicts, frustrations, loss of self-esteem, and grief.”

It would seem possible that the emotional stress of being scared could induce seizure symptoms, especially if someone has a known seizure disorder.

Vasovagal syncope is the most common reason for brief loss of consciousness with around 1/3 of all people having at least one episode during their lifetime. Some triggers for these episodes can include: pain, emotional distress, seeing blood, physical strain, and fear of bodily injury. It would seem logical that being scared could trigger an episode of vasovagal syncope.

Tullio phenomenon, or experiencing dizziness associated with loud sounds, is one of the hallmark symptoms of a third mobile window syndrome (TMWS) such as superior semicircular canal dehiscence. A TMWS is an inner ear condition where there is a third area of mobility to the inner ear vestibular structures.

Typically this is due to an area of thin or dehiscent (broken) bone surrounding the inner ear system. This results in a myriad of unusual symptoms, one of which is dizziness associated with loud sounds, or Tullio phenomenon. If someone was scared by a loud sound it could most definitely cause dizziness symptoms if that individual has a TMWS.

If someone has an injury to one of their inner ear balance structures, the brain can learn to best deal with this inner ear weakness through a process called compensation. This is essentially the brain recalibrating itself to the new levels of inner ear function. This is a plastic process that can be impaired by anything that has an adverse impact on brain function.

Many experience decompensation associated with a poor nights rest, new sedating medications, illness, or stress to name a few. Although being scared would not directly cause immediate decompensation symptoms, a prolonged period of stress due to being fearful could contribute to vestibular decompensation.

Vestibular migraine is one of the most common reasons for experiencing dizziness symptoms. Cortical spreading depression, which has been shown to be associated with migraine, refers to a wave of neural excitation and then inhibition. The associated symptoms are dependent on the area of the brain where this abnormal electrical activity occurs.

If this happens in the parts of the brain responsible for balance and coordination, then dizziness symptoms may ensue. Stress is a common trigger for migraine and being afraid can be stressful. It would seem possible that stress resulting from being frightened could result in migraine symptoms.

There are both direct and indirect ways that being scared or fearful could lead to dizziness symptoms. Hopefully everyone enjoyed this somewhat casual and playful post.

If nothing else we learned that stress is bad for our health and that you can, in fact, be “scared dizzy”.