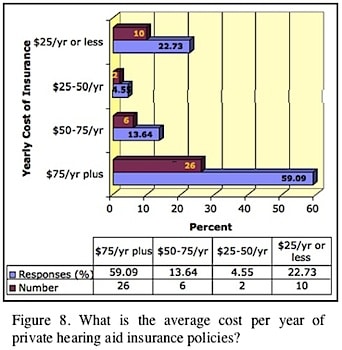 The input-related dynamic range of modern hearing aids (also known as its input “Headroom”) is important to know in order to prevent distortion and input-clipping of louder sounds in the environment.

Typical loud input sounds are music and the level of a hearing aid consumer’s own voice.

Up until recently, the highest-level sound that could be successfully transduced into a hearing aid through its analog-to-digital converter (ADC) was on the order of the mid-90 dB SPL range.  Hearing aid users’ own voices at the level of their own hearing aid could easily overdrive the “front end” of their hearing aids resulting in a generation of hard of hearing people who were not able to hear their own voices well. And amplified music was usually distorted so much at the front end of the hearing aid that no amount of software programming manipulation could improve things.

However, in this last generation of hearing aids we are now at the point where signals up to 109 dB SPL can successfully be transduced through the ADC with minimal distortion.

Hearing aids can be designed that are capable of transducing even higher levels but in many cases there would be a significant current consumption issue that would limit its usage. Therefore other technologies, in conjunction with modern technology need to be used to at least bring the input dynamic range up to the level of modern hearing aid microphones (up to 119 dB SPL). 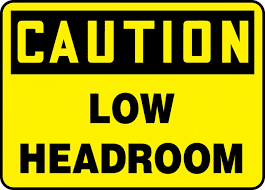 Hearing aids still should have output limiting of some sort to prevent the amplified sound from exceeding the individual’s tolerance level, but this “109 dB SPL” number refers to the input, even before any processing occurs.

While 109 dB SPL does sound much better than a maximum level of 95-100 dB SPL, we still have a way to go since many of the peaks of music far exceed 109 dB SPL.  Modern hearing aids that boast a maximum input level of 109 dB SPL imply that only the newer ADC technology is used, but nothing else.

Some manufacturers use an analog compressor that runs off of the microphone pre-amp circuitry that reduces the input prior to the ADC (and then digitally re-expands the signal to its original shape and magnitude once digitized).  This is analogous to “ducking under a low hanging bridge and then standing up again”. Manufacturers that use this technique can specify maximum input levels on the order of 112-115 dB SPL before distortion occurs- this is a significant improvement and many manufacturers consider this approach to be “good hearing aid design engineering”.

Another approach that can be used in conjunction with modern hearing aid technology is “auto ranging” of the ADC circuitry.  This 30 year old technology is still used widely in the hearing aid industry and is based on the definition of “dynamic range”.  The dynamic range is the difference between the lowest level sound and the highest level sound that can be transduced without distortion.   A 100 dB dynamic range can be 0 dB SPL to 100 dB SPL, or equivalently, 20 dB SPL to 120 dB SPL, where the later range is arguably better for speech.  Technologies exist to allow the front end ADC to “auto range” to fit the nature of the input thereby preventing distortion from louder sounds such as music.

And yet a third approach would be to use the current technology that can provide inputs of up to 109 dB SPL without distortion, but increase it to 112 dB SPL or greater but sacrifice some of the battery life due to voltage-related issues.  With the advent of ubiquitous rechargeable technology, this “voltage related/improved front end” trade-off may be acceptable for many hearing aid users.