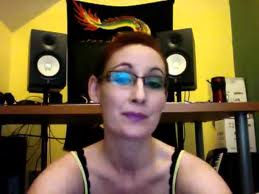 Shhhh.  This is a test.  Last week’s post described high-level healthcare fraud by its defining characteristics and discussed Audiologists’ healthcare fraud exposure at the end.  Readership was not high compared to the Zombie post that preceded it. Two hypotheses are put forth to explain observed differences in Audiologists’ reading preferences:

H1:   Audiologists are way too into zombies for their own good.

Both hypotheses are probably true, but we owe it to our readers to do an Experiment.  Current zombie shortages at HHTM prevent direct evaluation of H1, but H2 is easily tested.  We’re re-running last week’s post with sensational headers, sensational pictures, and sensational punctuation!  We’ve moved the Audiology section front and center and thrown in a little bit of psychological analysis at the end.{{1}}[[1]] By reading this post, you agree to participate as a Subject in this Experiment, for which you will receive no compensation.  No animals were harmed and the author has no financial connections to manufacturers of White Coats or suppliers of electronic billing software.[[1]]

When Good Audiologists Do Bad Things!

Codes of Ethics aside, Audiologists are not immune to temptation when it comes to fraudulent billing.  Electronic records are present, though not standardized, in many Audiology practices.  Most practices bill Medicare electronically.  Cut-and-paste templates exist for patient records and they make sense, so long as they are used responsibly with the best interests of the patients foremost.  Likewise, electronic billing by somebody in the back office offers efficiencies, but also opens the door to repetitive billing for procedures that may not be done on every patient.  This is fraud, whether it’s an occasional oversight or an institutionalized practice.

This has happened:  Alan Desmond described repetitive over-billing in his 10/2/11 post Fraud and Abuse in Vestibular Testing.  Draconian changes in Medicare reimbursement were instigated as the result of that fraud and those changes have badly hurt honest vestibular specialists, their patients, and manufacturers of vestibular test equipment.  Granted, the over-billing was on a large scale, but that does not exempt small audiology operations from abusing the system on a small scale.

They Know Not What They Do!!

“Billing fraudulently without really acknowledging the theft” is a phrase worth considering when it comes to billing Medicare for hearing evaluations.  Although Medicare will cover hearing tests for patients who return for follow-up with reports of changes in hearing, it’s a slippery slope for Audiologists, who must determine the probable cause (e.g., age? infection?) when obtaining a physician referral or billing Medicare.  Medicare knows this and states it twice in the CMS Manual{{2}}[[2]]Update to Audiology Policies. Pub 100-02 Medicare Benefit Policy. Transmittal 84, Change Request 5717.  February 29, 2008.[[2]] in no uncertain terms:

“Billing Medicare for annual or routine hearing tests with a physician order but without true medical necessity, is inappropriate and fraudulent.”

People!  Faced with that kind of language, it’s pretty hard to claim ignorance if you’re audited.  And if you think Medicare isn’t monitoring patterns of repeat tests for evidence of “routine” use rather than diagnostic purpose, think again.

The aforementioned CMS Manual makes it clear that hearing testing services can only be billed to Medicare if they are performed by a “qualified” Audiologist… and that 4th Year AuD students by and large are not qualified personnel:

“…a Doctor of Audiology (AuD) 4th year student with a provisional license from a State does not qualify unless he or she also holds a master’s or doctoral degree in audiology.”

This opens a huge can of worms– as we all know–because these same students can perform the test and it can be billed to Medicare so long as there is direct supervision by a physician or a qualified non-physician (a qualified Audiologist in this example).  This gets back to the billing fraudulently without really acknowledging the theft when “direct” is interpreted loosely.  Does the supervisor need to be in the same room? Same office?  Same city?  Same country? What about “direct” phone supervision? When it comes to Medicare, the rules are clear and limiting, as described by Dr Kim Cavitt in an excellent online course on the topic:

No service can be billed out under your provider number that you did not personally provide yourself. If you are supervising or precepting a student with 100% personal supervision, you could bill that under your provider number. Personal supervision means you never leave the room. You write the report. You document everything.{{3}}[[3]]Kim Cavitt, Compliance, Legalities, and Ethics in Audiology.  Audiology Online course #21305.[[3]]

What’s the supervisor doing using students to generate revenue in the first place?{{4}}[[4]]Ethicists please note that this discussion is about billing, Medicare, and legalities; it is not about the bigger ethical question of the role of extern and mentor within a practice.  We will get to that eventually.[[4]] It might also boil down to “he said-she said” or someone’s faulty memory in the event of a Medicare audit.

Audiologists Put to the Rack by Medicare Inquisitioners!!!

Medicare audits, which are affectionately and appropriately called “RAC” audits, happen, and they happen to audiologists as well as  big doctor conspiracies.  Ours just aren’t big enough to make the news, but they are very painful from what I hear.  At a minimum, you lose money and time.  At a maximum…. you can imagine.

The Economic View is simple. Fraud is costly for all involved, so avoid the temptation on any level.  The perps lose time, money and maybe their freedom.  Their employees may lose their jobs and maybe their reputations.  Patients experience a loss of Utility:  They may or may not lose money or experience sub-standard care, but they lose faith in healthcare professionals regardless of outcome. Marginal costs go up for all other providers.  Everybody’s tax dollars get used to pay for investigations, federal cases, new policies, and so on.

Audiologists On the Analysis Couch!!!!

If you are an Audiologist, you are probably asking yourself two questions:

“What were they thinking?” and “How could they do such a thing?”

First off, who’s “they”?  You’re an Audiologist too.  You probably didn’t read the post last week because it was about healthcare fraud, which you assumed meant physicians and other professionals, but not Audiologists.  Now, you’ve read the post because it was about Audiologists, but you’re thinking it’s about other Audiologists, not you or your associates.  Could be.  But, you are demonstrating a psychological phenomenon know as a bias blind spot.  Bias blind spot is something everybody has — it’s our unconscious means of seeing ourselves as better than others while simultaneously believing that we are less biased in our judgement than most others.  Studies have repeatedly demonstrated that people tend to inaccurately score themselves as “better than average” on positive traits and “less than average” on negative traits.

The Psychological View is not so simple.  You and I and other Audiologists are probably at risk of occasional fraudulent behavior “without acknowledging the theft.”  But, we’ll never know it because of our bias blind spot, unless something happens to bring it to ours or Medicare’s attention.  Or, unless we start thinking about office protocols to monitor anyone in need of delivery from temptation, including our own biased selves.

Thank You for Your Participation in this Experiment!!!!!