War of the Patent Worlds: US Supreme Court Disses Widex, Oticon and Denmark 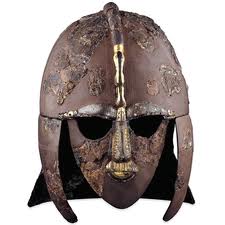 On January 1, Hearing Economics took a stab at describing the $31M award in damages against William Demant and Widex for “willful infringement” of patent technology that reduces hearing aid feedback.{{1}}[[1]]Widex A/S and Widex USA, Inc. v. Energy Transportation Group, Inc., No. 12-1136[[1]] Click on these links to read the Oct 12 2012 opinion or hear the fascinating audio of oral arguments in the US Court of Appeals for the Federal Circuit.  This did not go down well in Denmark, which shot off an amicus curiae brief at the US Supreme Court as a show of solidarity.

No doubt, political and economic theory and implementation differ between the European continent and the US, manifest in different forms of government and economic policies (methods of setting currency rates, use of monetary versus fiscal policy).  I’m no expert in any of this– and I invite educated comment and rebuttal–but it seems that the US patent system leans toward promoting technological innovation in a relatively free market, with all the disruptions that accompany such an approach.  The European model seems to lean toward support of existing companies as a means of ensuring control and stability, staving off disruption.

Here’s what the Danes had to say to the US Supreme Court, paraphrased to hit the high notes, with really high notes italicized for emphasis:

The Government of Denmark has a strong interest in the treatment of Danish companies by the courts of the United States. … this case raises substantial questions about the rigor and quality of the Federal Circuit’s review. …The treatment of international parties in U.S. federal courts is vital, both as a matter of U.S. law and as a means of ensuring strong international relations.

The Government of Denmark considers it critically important for the continued operation of Danish companies in the United States that the legal framework for doing business be stable, reliable, and, to the greatest extent possible, predictable.

The United States and Denmark have for centuries enjoyed exceptionally strong diplomatic and commercial ties.  If allowed to stand, this (decline to) review may well deter other Danish companies from pursuing commercial opportunities in the United States.

The hearing aid industry is down to a few players these days and it’s global business.  Conflicting nationalistic concerns can have deleterious effects on businesses and international relations,  as demonstrated by the present tempest.  None of that bodes well for those of us in the trenches, fitting hearing aids and trying to make ends meet.  Economic exigencies may well force cultural blending in the near future.

A hot debate topic these days is whether the US patent system is broken.  On the Affirmative:  the patent system is protecting intellectual property and encouraging innovation, as intended. On the Negative:  patents have become corporate weapons, used to bludgeon rivals by granting ownership over concepts, and producing a bumper crop of patent lawsuits.

Negative points to a burgeoning population of “troll” companies which buy up patents for the sole intent of making money by suing companies that inadvertently infringe them.{{3}}[[3]]Paraphrased from an article by L DePillis entitled “Flawed patent system costs us billions” in the   Nov 2012 issue of the New Republic.[[3]]The Affirmative contends that troll-mongering and the like are fear tactics “propagated by those with an economic interest in tipping the scale toward those who build on inventions versus those who invent.”

Simplistically, patents are inventions/concepts with two powerful but opposing purposes:  they are weapons for opportunistic predators and they are tools of opportunity for technological advancement.  In the present case, Energy Transportation Group Inc is a predatory troll from Denmark’s point of view;  Widex and Oticon are opportunists piggy backing on others’ ideas from the US legal system’s point of view.

What Did Widex Want in their Writ of Certiorari?

For the legal-minded, here’s the gist of the cert, which asked the US Supreme Court to consider:

Not a Win-Win, for Sure

This is complicated stuff, legally and technologically.  For those of us who are not legal-minded, the bottom line is that the Supreme Court rarely grants a cert and once it denies it, the applicant is stuck with the ruling of the lower court.  You can see why the Danes are upset. You can see why the Supreme Court didn’t want to get involved.  The best hope is that Energy Transportation Group Inc will takes its $31M home to China and and leave the hearing aid industry alone henceforth.

Tune in next week for the promised-but-delayed list of US approved hearing instruments patents for March and April.

Photo courtesy of the British Museum